Physicist Professor Thomas Schimmel and his team at Karlsruhe Institute of Technology (KIT) have achieved a milestone in electronics by developing a single-atom transistor, the smallest transistor in the world. It is hoped the new transistor's development will lead to a dramatic reduction in power consumption due to electronics use. It should do - as this quantum component switches at energies 10,000 times smaller than a silicon transistor. 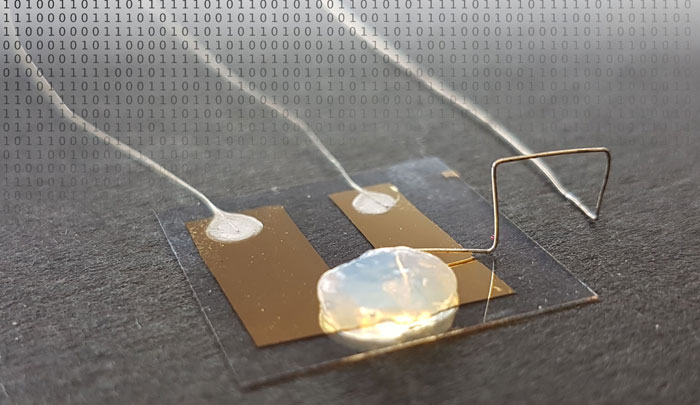 Transistor energy consumption is a big problem for the modern world and its use of finite resources. It is estimated that IT tasks currently consume 10 per cent of the world's total energy production. Most of our modern electronic devices are packed with millions if not billions of transistors, so imagine the impact if we could develop a transistor that consumes a minute fraction of the energy required to switch a modern silicon transistor.

"This quantum electronics element enables switching energies smaller than those of conventional silicon technologies by a factor of 10,000," claimed Prof Schimmel. Earlier this year Prof Schimmel, considered a pioneer of single-atom electronics, was appointed Co-Director of the Centre for Single-Atom Electronics and Photonics established jointly by KIT and ETH Zurich.

Describing the new transistor, the KIT blog says that it reaches the limits of miniaturisation. A gel electrolyte connecting two minute metallic contacts contains a gap just one atom wide. The scientists control a single atom using a tiny electric pulse to either open or close the gap. Importantly, the KIT team notes that "Contrary to conventional quantum electronics components, the single-atom transistor does not only work at extremely low temperatures near absolute zero, i.e. -273°C, but already at room temperature." 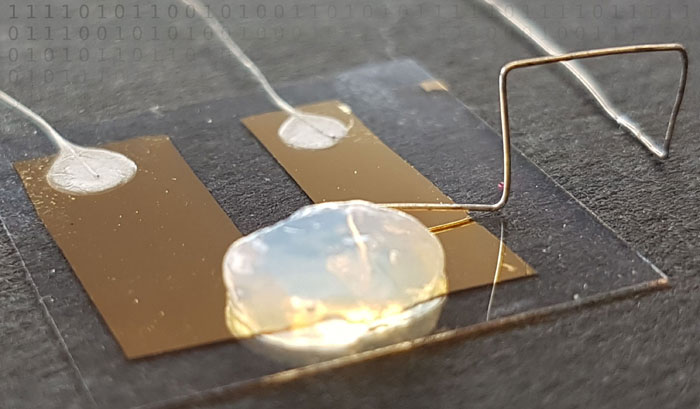 You can read through an extract of the Advanced Materials research paper detailing this single atom transistor, and can find a full PDF link on the Wiley Online Library.

yeeeeman
Riiight. Now miniaturize this baby and cram a few billions inside a single chip all within a reasonable price. Talk to you again in a few years…

Describing the new transistor, the KIT blog says that it reaches the limits of miniaturisation. A gel electrolyte connecting two minute metallic contacts contains a gap just one atom wide.

The big plus is the reduction in power consumption. However it will be a fair few years before this makes it into mainstream production yet more before it becomes a consumer device.
Posted by Tabbykatze - Tue 21 Aug 2018 15:02
Moores law eat your heart out xD
Posted by shaithis - Tue 21 Aug 2018 16:07

I believe it's still relevant, as the theory also applies to the prices of Nvidia graphics cards…