It has been two years since Samsung and AMD went public with their strategic partnership to deliver "Ultra Low Power, High Performance Graphics" to mobile SoCs. The last we heard from South Korea was that an Exynos SoC with AMD RDNA 2 graphics would be launched in H2 of this year. Another important point is that, at Computex 2021, AMD CEO Dr Lisa Su confirmed that the next gen Samsung Exynos would boast AMD graphics with ray tracing and VRS support. 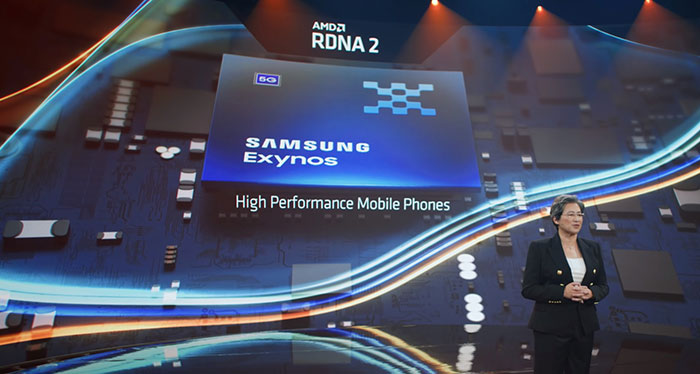 It turns out that we are very close to launch if well-known smartphone leaker Ice Universe is correct. This Twitter-based source shared a tweet saying that "Samsung × AMD GPU was originally scheduled to be released in June, but now it has been postponed to July, when we will know the performance of AMD GPU on Exynos and other details." An SoC block diagram was shared too, as below. 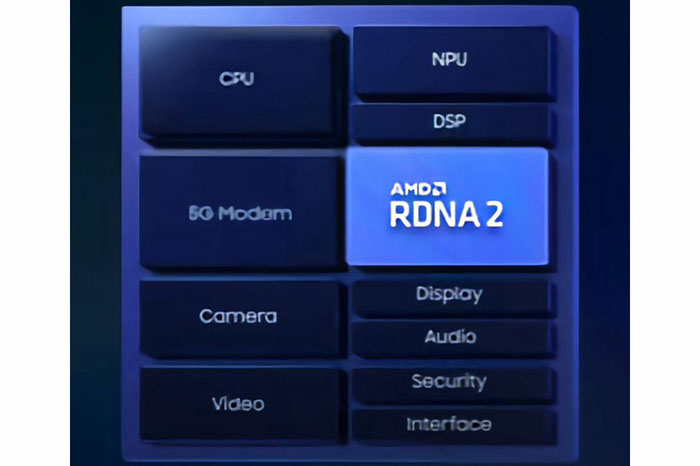 The above is great news if it turns out to be true, but what kind of performance should owners of devices packing this revamped Exynos look forward to? A poster on Korean language forum Clien reckons he can fill in this information gap. According to the OP, the Exynos's integrated RDNA 2 GPU easily outguns the next generation Arm Mali (Mali-G710?).

In further detail, the Clien poster says that in current samples there is some significant GPU throttling going on when the RDNA 2 GPU is pushed, with looped benchmarks resulting in performance props as much as 30 per cent. Even with this issue, the AMD GPU is still ahead, asserts the source.

Some other interesting titbits from Clien include a statement that Samsung is already negotiating with AMD with regard to adopting the next mRDNA architecture, and that Google has signed a contract with AMD, suggesting it will be creating custom mobile SoCs with RDNA 2 graphics in the not-too-distant future.