Something BIG, and blue

AMD has released a new teaser video on YouTube. The video is titled "Something BIG is coming (short)". Thankfully, the brief video is quite revealing, offering up some close details of a new graphics card in blue livery. From the images in the video we can be certain that what AMD is teasing is a new professional graphics card, or two.

Some more info can be gleaned from the email AMD sent out to announce this event. Within the email there is a URL, as VideoCardz unearthed, specifically mentioning two new GPUs; the AMD Radeon Pro W6800 and W6600. 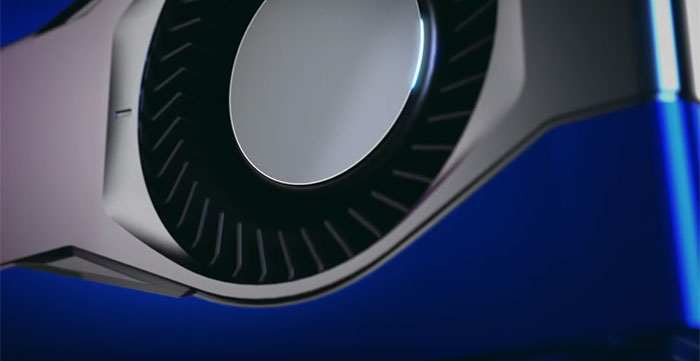 These new graphics cards are going to be built around AMD's Navi 21 GPU (something BIG), and in the video you get to see some pleasing angles of one of these powerful content creator targeting components. For example, it is easy to recognise that the new graphics card in the teaser video sports six Mini DP ports on its backplate.

Back at the AMD Computex event earlier in the week it was pleasing to finally get a decent amount of detail about AMD's FSR – an open, cross-platform solution which is being characterised as the red team's answer to DLSS.

One of the many attractions of FSR is that AMD has not sought to restrict its use by gamers with older GPUs or even other architectures. One gets the feeling that if it works it works, no arbitrary block is present.

With the above in mind, some were surprised to hear that the technology supported Radeon GPUs as far back as the RX 500 series. What about the RX 400 series – based upon essentially the same Polaris GPUs? Thankfully, an AMD Reddit Community Team member has stepped up to inform AMD fans that FSR support will "include Radeon RX 470 and RX 480".

Earlier this week, we learnt that Intel is looking at optimising for FSR too.

Posted by Eggburt69 - Fri 04 Jun 2021 10:52
Oh, oh, oh, will it be the availability of their GPUs in the shops and at the manufacturer’s suggested retail price (MSRP)? That would be something BIG!
Posted by kompukare - Fri 04 Jun 2021 11:43
After the big 3D stacked cache surprise at Computex, I can't see them having anything really BIG to surprise us with. 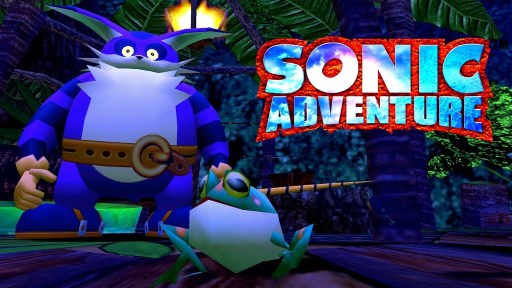 That, or someone in their marketing department confused their work account with their pron account and mis-posted…. :lol: