Last week HEXUS reported on a new PowerColor Radeon RX 6900 XT graphics card which makes use of a specially binned GPU. These cards add the 'Ultimate' suffix to their names under PowerColor's product naming scheme. Being more specific the card we pondered over was called the Radeon RX 6900 XT Red Devil Ultimate and it featured the Navi 21 XTXH GPU. At the time it was observed that this triple fan card offered out of the box clocks faster than even the Liquid Devil. In the intervening week or so ASRock has since launched a Navi 21 XTXH graphics card and OC expert Der8auer has received and tested the PowerColor Liquid Devil Radeon RX 6900 XT Ultimate – yes another 'Ultimate' Navi 21 XTXH card.

De8auer starts his video by explaining that previous RX 6900 XTs were clock-limited to 3GHz, but with the Ultimate cards this artificial limit is raised to 4GHz. He thought this would provide the headroom to break the clock speed world record, not just for the RX 6900 XT, but for all GPUs (currently held by a GeForce GPU which achieved 3,015MHz).

With the stock cooling, using the Liquid Devil plugged into a loop with 360mm radiator, a max stable clock speed of 2,889MHz was achieved. Der8auer then removed the liquid cooling block and bolted on an LN2 cooling tank. The OC expert then talks though the process of cooling and checking the card for current draw, OC headroom and errors such as on-screen artifacts. 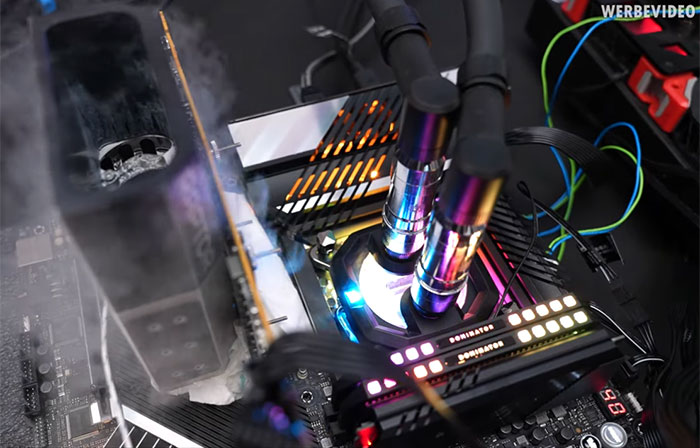 After a couple of days of testing various cooling levels, Der8auser noted that his Liquid Devil sample didn't seem to live being cooled below -90°C – for the screen artifact issue noted above. So he settled at -87°C and achieved the stable 3,225MHz GPU clock speed, validated in GPU-Z, while running a 3DMark graphics benchmark. 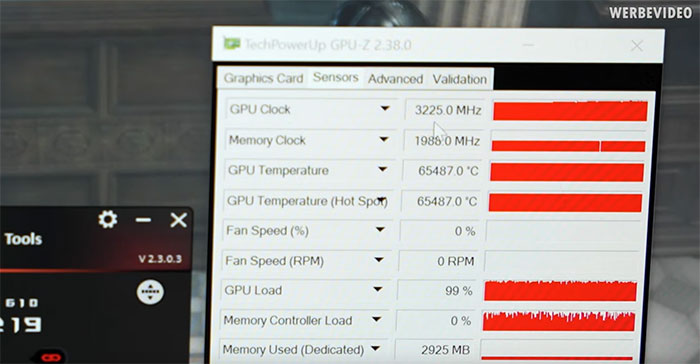 Reflecting on his single card sample, Der8auer reckons that if he could test out a batch of them it may be the case that some could hit 3.4 or even 3.5GHz.