An intriguing Ashes of The Singularity (AoTS) benchmark database entry has been unearthed by Twitter's Leakbench. Following through to the database entry link you will see that the hardware configuration outlines a systems with and AMD Ryzen 5 3600X running with SMT off, with 32GB of system RAM. So far, so ordinary, but in the GPU section are two codename Nashira Summit GPUs.

An important clue on the origins/identity of Nashira Summit appears to come from the USB-IF, which earlier this month recorded an AMD Radeon Graphics device with model name Nashira Point. With graphics cards increasingly adoption USB Type-C interfaces we might see more early signs of upcoming GPUs from this vector, going forward. 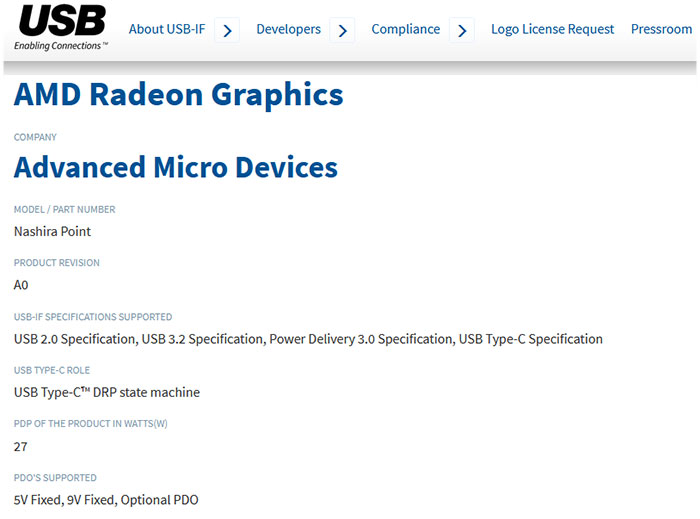 So, has the AMD Nashira Summit GPU has been spotted being tested in AoTS in dual GPU configuration? That might be the case but a ChipHell forum tipster reckons that what we are actually seeing here in the wild for the first time is an AMD RDNA 3 based GPU in multi-chip module (MCM) configuration. AoTS is known to be quite friendly with multi-GPUs so it might have been chosen as an early test for getting the MCM GPU running in a commercial game.

The AoTS benchmark scores achieved by Nashira Summit appear to be nothing at all special at this early stage. This tester chip appears to be a smidgeon faster than AMD's Radeon 5600XT, that's all.

Remember, this AoTS run and associated info might be rather interesting, but it is still very early days, some sources might be a little iffy, and leaps of reasoning may go a little too far – please add a pinch of salt to this story.