A purported AMD 'Big Navi' 3DMark Firestrike Ultra benchmark result has been shared by the official Twitter account of a "frame time capturing + analysis, OSD, sensor logging, hardware testing" firm. CapFrameX shared the result alongside an Nvidia GeForce RTX 3080 result, without comment. Later on it seemed to confirm that the Navi 2 GPU tested had been the Navi 21 XT (which will power the Radeon RX 6800XT) - not the Navi 21 XTX (RX 6900XT, thought to an an AMD own-brand exclusive) or Navi 21 XL (RX 6800).

According to the result shared, the AMD Navi 2 graphics card scores 11,500 in Firestrike Ultra, easily beating the Nvidia GeForce RTX 3080 with its score of 10,600. This particular benchmark run then gives AMD an 8.5 per cent performance advantage. At HEXUS Firestike hasn't been in used in our hardware tests since 2017 as the newer Time Spy with DX12 support, has become our choice of synthetic gaming benchmark. 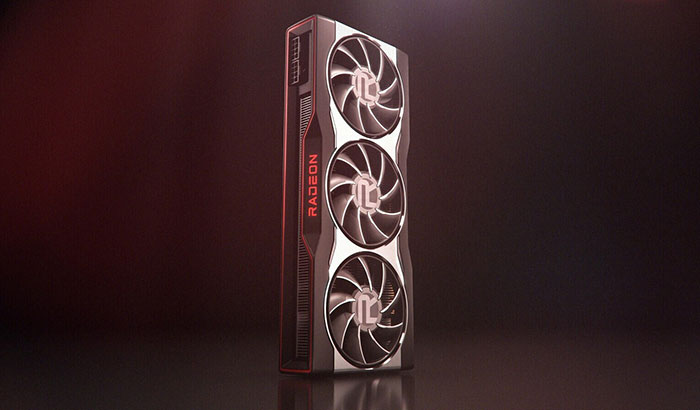 As ever with this kind of unconfirmed leak, please take the data with a pinch of salt.

The Linux specialists over at Phoronix have noticed that the AMD Linux driver has been tweaked to add support for a new graphics card dubbed the "navi10 blockchain SKU". It comments that the only visible difference in support for this card vs existing Navi 1X support, from the driver perspective, is that the patches disable the Display Core Next (DCN) and Video Core Next (VCN) support - basically creating a 'headless' Navi 1X graphics card.

Cryprocurrency is showing signs of a resurgence in popularity and values, and some are worried that the latest and greatest GPUs from both Nvidia and AMD will be plucked from retailers even faster if they are viable mining platforms. It has been reported that AMD is trying to make sure retailers follow certain distribution practices with its upcoming Radeon RX 6000 series products, to make sure they are distributed to gamers and enthusiasts rather than scalpers and such like. An initiative like creating appealing crypto-specific Navi 1X products might help everyday consumers get their hands on a new Navi 2X graphics card too.

[GSV
Trig;304]Leaking XT vs the 3080 would make sense, if the XTX is aiming at the 3090 and the XL at the 3070 I guess, still, leaks mean nothing until you guys get some test hardware, and even then not a huge amount if we can't actually buy them and there's an NVidia style faux launch…

This is exactly what people have been theorizing.

It seems very likely all the rumours could be true about Nvidia
Posted by QuorTek - Fri 23 Oct 2020 15:41
I am interested in seeing what the competetion has to offer…. I refuse to be a fanboy to any of the teams.
Posted by Tunnah - Fri 23 Oct 2020 17:23
I wonder what altcoin is causing a resurgence - my (very very limited) understanding of it was the maths became too difficult for conventional graphics cards, and even FPGAs were struggling to be of value to the typical user. Unless you had a cheap power source (or a stolen one of course) you'd never break even on costs.