You are here:
Graphics Legal News

AMD is in a sticky situation due to source code relating to its modern GPUs being stolen. Apparently, the theft represents a small portion of the code but the hacker is holding out for a payment of about $100 million or will spill the lot publicly, for free. AMD has released a short statement saying that it views the matter as legally serious but that the stolen IP "is not core to the competitiveness or security of our graphics products". 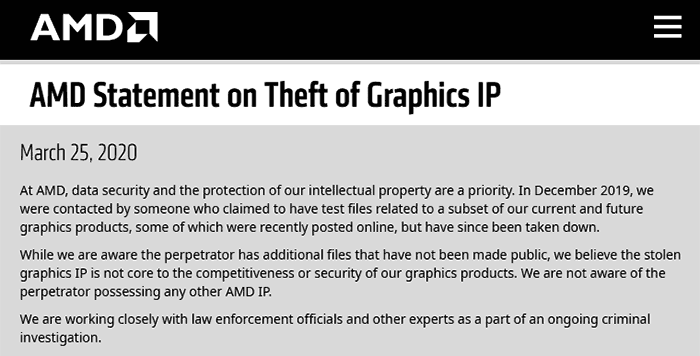 To provide some background to the above, a hacker found AMD Navi GPU hardware source code on a computer in November last year and once the data was extracted, and she became aware of what it was, released a packet of it onto Github. This appeared as the 'xxXsoullessXxx' repository, and a project titled 'AMD-navi-GPU-HARDWARE-SOURCE' held the files, reports TorrentFreak.

In December AMD was contacted about the graphics product code files. It then filed DCMA notices against the Github repositories that carried the stolen code (there were at least four duplicate locations for the code on the site). Even though Github has responded to AMD's requests, TF found that the files in question could still be downloaded via other online locations.

In its report TF says that the hacker who contacted them insists that the code was disappointingly found in an unprotected computer / server, and it wasn't even "protected properly or even encrypted with anything, which is just sad". The initially leaked source code packet is just a portion of what the hacker has in her possession, reports the source. If the hacker can't find a buyer willing to stump up $100 million, she says that she will "just leak everything," which could be a worry for AMD. The full content of the files is said to include source code for Navi 10, Navi 21 GPUs, as well as the source for the Xbox Series X GPU 'Arden'. 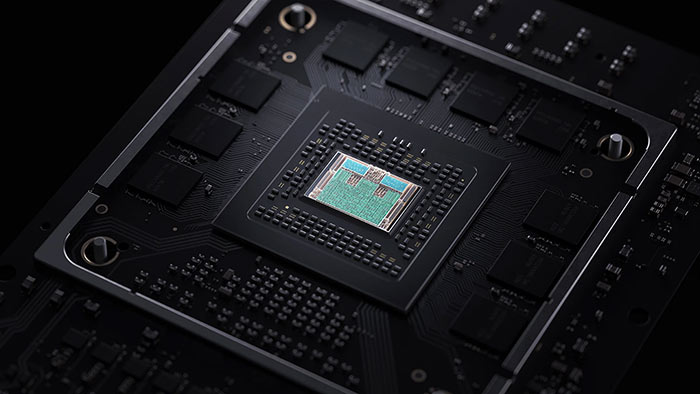 ik9000
surely this is not going to end well for them? you've presumably really got to know what you're doing to expect financial transactions not to be traceable particularly when the law get involved.

I'd presumed in US as they found the stuff on a computer, but then I guess a hacker finds stuff on computers remotely so yeah that makes more sense they'd be elsewhere. hang on, $100m dollars you say? I think I might know who's behind this: 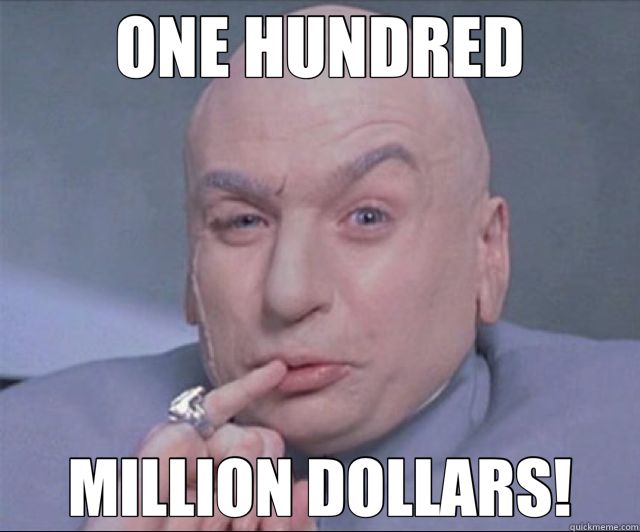 Posted by skellen - Thu 26 Mar 2020 12:02
100 mil crikey! They'll be mercs coming forward now offering their services for 100th of that to take care of this hacker. Those mercs in Sierra Leone would sell their own grandmother for a beer. I wouldn't have advertised the price. Private negotiation best practice :D