While all eyes are on the AMD Radeon RX 5700 family graphics cards based on the firm's newest 7nm Navi GPUs utilising RDNA technology, AMD is doing a quiet rebrand for systems makers. Behold the AMD Radeon 600 series of GPUs, which you can now find listed on the official Radeon Systems page here. 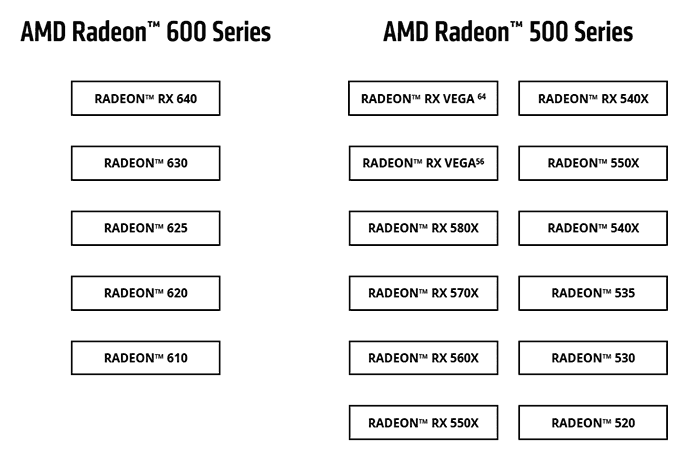 First to notice the new AMD Radeon 600 series graphics cards seems to have been German language tech site PCHamesHardware. The site shares a handy table clearly showing all the key specs enthusiasts like to know about graphics cards. No pricing is shown as these cards are aimed at OEMs only, and will be featured in systems from the likes of Medion soon.

The source says that the top two new GPUs are-based respins, with the Radeon RX 640 and Radeon 630 intended to supply both PCs and laptops, whereas the Radeon 625, 620 and 610 are based on Oland GPUs and will only appear in laptops.

The top-end card here, the Radeon RX 640, comes in flavours reminiscent of the Radeon RX 550 / RX 550X pairing. The faster of the two uses 10 CUs, 640 shader units, and the weaker version uses 8CUs, 512 shaders. Both Radeon RX 640 models have 4GB GDDR5 on a 64-bit interface. Sadly the memory interface is a step down from the RX 550 which offered 112GB/s - a lot better than the new model's 56GB/s. These will have to be tested to see the bandwidth impact in games and 3D applications. 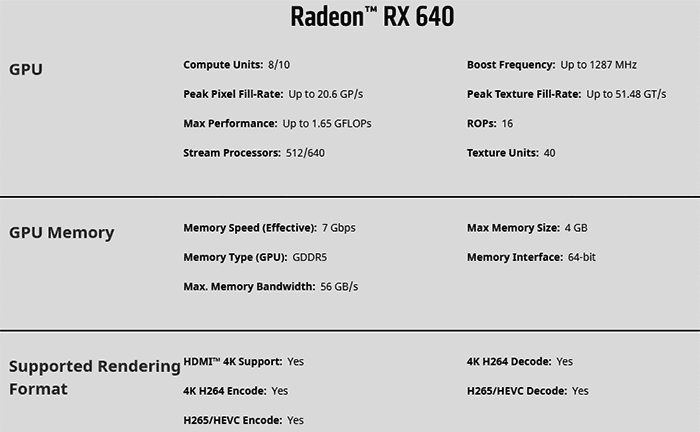 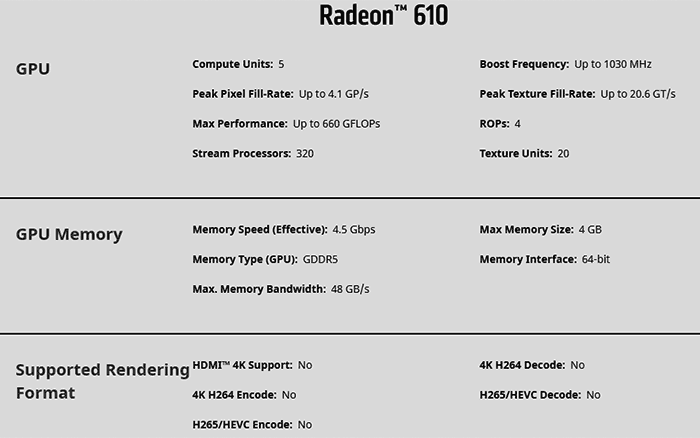 We don't know the exact timescale as to when these Radeon 600 series graphics cards/GPUs will start appearing in systems but it is thought that they will start popping up very soon - from Q3 this year.

LSG501
Yep nothing like confusing the customer by having a weaker card have a higher model number….
Most ‘normal’ people will think an rx640 is better than an rx5xx card….

LSG501
Yep nothing like confusing the customer by having a weaker card have a higher model number….
Most ‘normal’ people will think an rx640 is better than an rx5xx card….

read the number of x's again….