At CES 2019 Asus is showing off an interesting new graphics card design dubbed the ROG Matrix GeForce RTX 2080 Ti. The name doesn’t give its little secret away - this powerful new graphics card folds into its 3-slot design a complete AiO cooling solution - you won't / don't see any tubes, radiators or cooling blocks here. Highlighting this subterfuge, in our video featuring Asus's David Yang, the new Asus ROG Matrix 2080 Ti is shown side by side with the 3-slot Strix design - it looks very much the same. 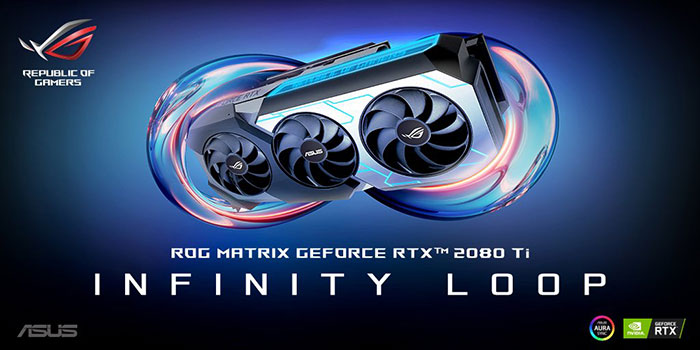 Highlights of the new Asus ROG Matrix 2080 Ti are as follows: 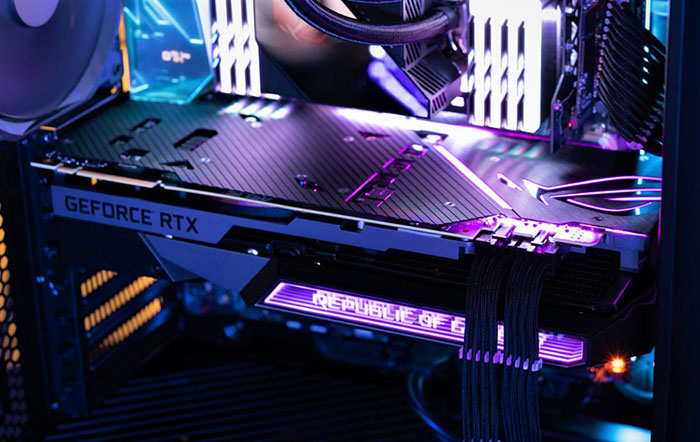 Thanks to Asus working for two years on this 'Infinity Loop Cooling' design users should benefit from the best out-of-the box Turing GPU experience available. In Asus ROG's own tests the triple fan Matrix "beats competing hybrid designs with 120mm radiators and goes head to head with 240mm radiator configurations," all in the space of three slots. 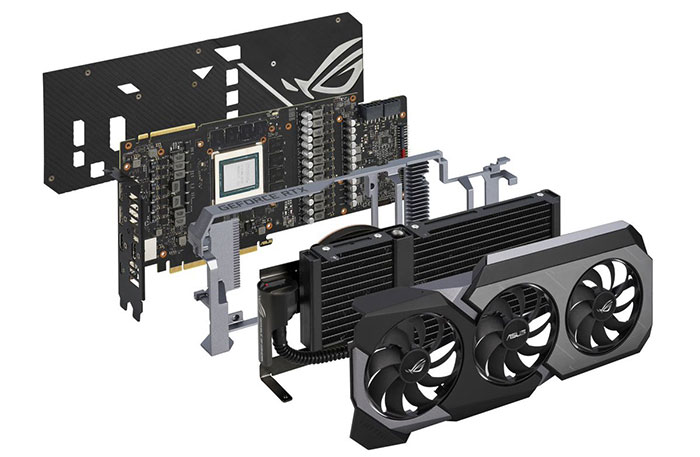 In the video HEXUS recorded at CES, David Yang from Asus said that the new ROG Matrix 2080 Ti offers the same temperature and acoustics as the Strix model but with higher GPU and memory overclocking. It was explained to us that a major part of the design, so the AiO cooler is able to fit and function, relies on a new cooling plate design that has a much larger surface area than normal.

When the card is not under load it can dial back cooling and switch to 0dB technology (when below 55C). 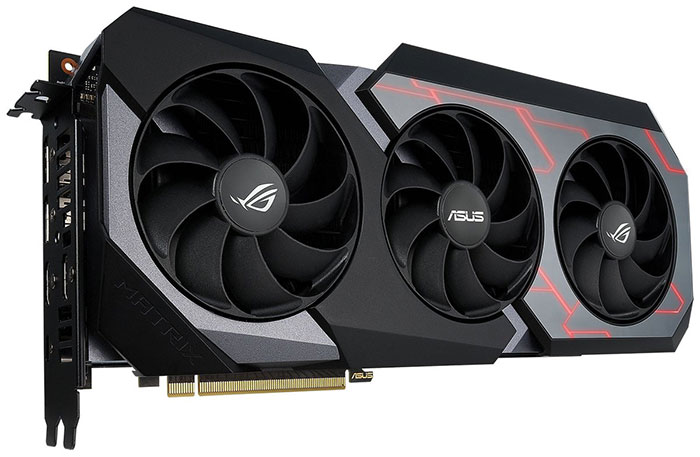 David Yang from Asus said the ROG Matrix 2080 Ti will be available soon, from late Q1. Pricing is yet to be revealed.

In that much time I would have expected it to be ‘thinner’ than that in all honesty as it kind of defeats the point if it ends up taking more space on the motherboard than a normal (and good quality) air cooled card option let alone a waterblock or hybrid..