At the start of the week there was a ripple of excitement as a refreshed AMD Radeon RX 500X series was flagged for imminent arrival on the official AMD website. The best guess about what the new 'X' suffix might deliver was a modest MHz boost throughout the RX 500X range. However, that hope has been dashed as AMD filled in the blanks in its website product pages sometime yesterday. The fact is that the new Radeon RX 500X Series cards mirror the specs of the non-X series exactly* - and they are just rebrands meant for pre-built PCs and notebooks, reports VideoCardz. These 'X' Series GPUs won't be purchasable directly by consumers.

If you wish to check through the individual official product pages for the new 'X' suffixed GPUs you can head over here. I've added direct links below for your convenience too: 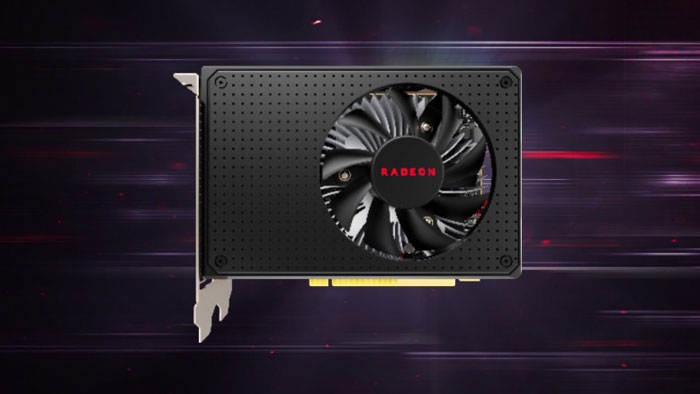 With these being used by OEMS in pre-built systems, prospective purchasers are advised to check the AMD Radeon RX 560X and Radeon RX 550X GPU details most closely. With these two new variants it is worth checking to see how many CUs they come packing ahead of paying out any hard earned cash. Remember, last December AMD adjusted the Radeon RX 560 spec to include 8 CU /896 SP products, to the annoyance of some PC enthusiasts. Now that ambiguity has been inherited by the RX 560X and added to the RX 550X products.

Posted by jimbouk - Thu 12 Apr 2018 11:56
Hopefully it's a sign that there will be some more stock on the shelves for the non-X versions, I would have bought a 570 or 580 had they been available at RRP - almost jumped for some on the ones mentioned on the forum at good prices but resisted at the time and regretted it.

I guess they've just re-evaluated the binning to get the new tiers and a slightly better boost speed - the difference between a lower 550X and a 540X does seems a bit silly though!
Posted by ERU - Thu 12 Apr 2018 16:34
I've given up waiting for a good £200-ish deal. It isn't going to happen for years, if at all.

ERU
I've given up waiting for a good £200-ish deal. It isn't going to happen for years, if at all.