Sapphire has updated its range of Radeon RX 550 graphics card offerings with boosted amounts of active Stream Processors (SPs). If you head on over to the Sapphire product pages for the Pulse Radeon RX 550 4GD5 or Pulse Radeon RX 550 2GD5, then click the specifications tab you will be able to toggle the specs table shown between versions offering 512 SPs and 640 SPs. However, while the SP count has been significantly improved, other specs including the Boost Engine Clock and Memory Clock have been reduced. 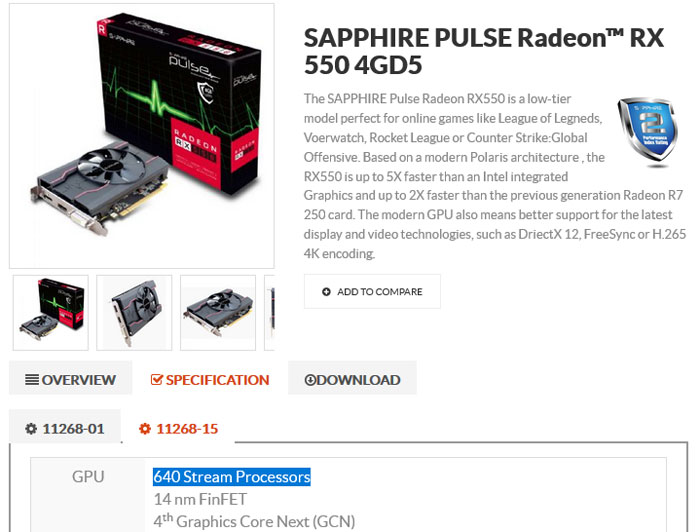 Fellow tech site TechPowerUp brought the changes to light and notes that the new RX 500 cards with 640 SPs are based upon Polaris 21, rather than the Polaris 20 upon which their brethren are based. AMD bases its RX 560 designs upon the Polaris 21 but again has models with varying amounts of SPs depending upon model number. 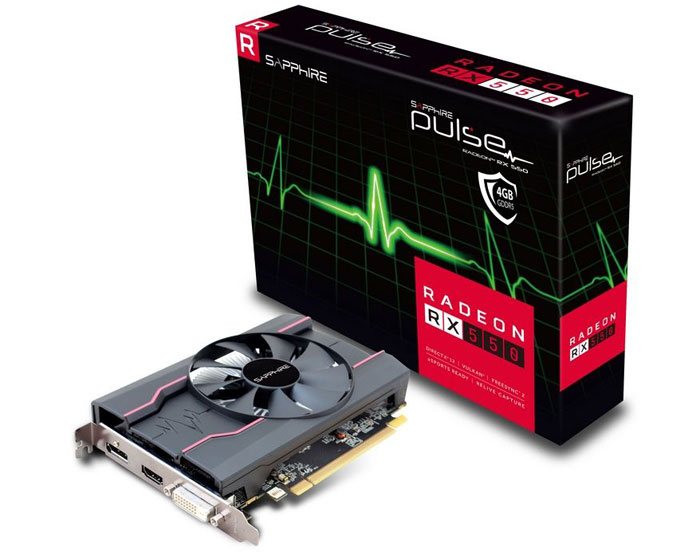 Below I have reproduced the specs tables of the Sapphire Pulse Radeon RX 550 2GD5 based upon both the Polaris 21 and Polaris 20, so you can see the other changes accompanying the SP count change. Except for the amount of RAM on board the 2GB and 4GB variants offer the same engine/memory clocks. 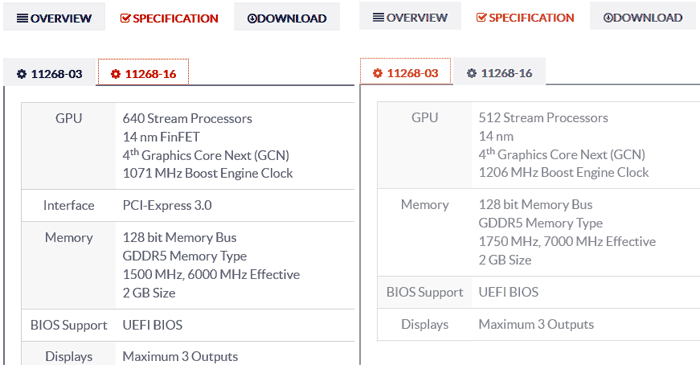 With various specs moving up and others down the end result is likely to be a card offering very similar performance to the existing RX 550 offerings otherwise there would have been some kind of publicity for this change and/or a naming change like ‘RX 550+’ of similar. With their 200MHz slower default Boost Engine Clocks the new 640 SPs RX 550 cards could well offer improved OC headroom though.

Right after that other fan favourite, League of Legneds. Both are, of course, best played with a Corsair K68 keyboard sporting Cheery MX keys. :P
Posted by Corky34 - Thu 01 Feb 2018 11:33

scaryjim
Seems unlikely to me - I don't see why they'd use a salvage die and not configure it as 512 shaders @ RX 550 clocks unless they couldn't qualify them at those clock speeds. Of course, even if they only overclock as far as the stock clocks or a 512 shader RX 550 the extra shaders will give them a significant advantage…

I've not looked into it so don't shoot me but could it be because Polaris 21 doesn't allow a reduction down to 512 SP without also disabling something linked to them like the memory channels? I best go find some diagrams showing how Polaris 20/21 are laid out. :)
Posted by scaryjim - Thu 01 Feb 2018 11:56

Corky34
I've not looked into it so don't shoot me but could it be because Polaris 21 doesn't allow a reduction down to 512 SP without also disabling something linked to them like the memory channels? …

Seems unlikely - the shaders are (AFAIK) a completely separate block from everything else. That said, IANAE and there could be some other technical reason they can't disable 8 CUs and the clock speed adjustment is purely to balance the performance with the smaller die. A third possibility is that it's TDP-related - AFAIK the larger silicon area will generate more heat/draw more power even when it's inactive, so it might qualify at a lower TDP running 640 shaders at a lower clock speed. However, if it is power-related you still won't get the OC headroom because you'll hit the cooling and power limits of the cards…