SiSoftware is well known in PC enthusiast circles for its synthetic benchmark and system information software. We have seen plenty of hardware leaks in the past when developers and engineers test unreleased products, and they pop up in the SiSoft online database. This weekend SiSoftware did something a bit different, it decided to compile its own tables and charts of an unreleased processor performance and write a blog post about its findings. Either there has been an internal rethink or an external elbow poke in the last few hours, as the blog/charts have all been removed from the SiSoft website.

Tum Apiksak was one of the first Twitter sources to load up and alert PC enthusiasts about the SiSoftware blog, sharing one of the key charts from it on Saturday. Later the same day, Apisak captured the whole blog post and squirrelled it away on Imgur. That is probably something PC hardware detectives do all the time, as this kind of sensitive info often gets zapped at source. If you prefer, you can also access the since deleted blog post via the Way Back Machine. 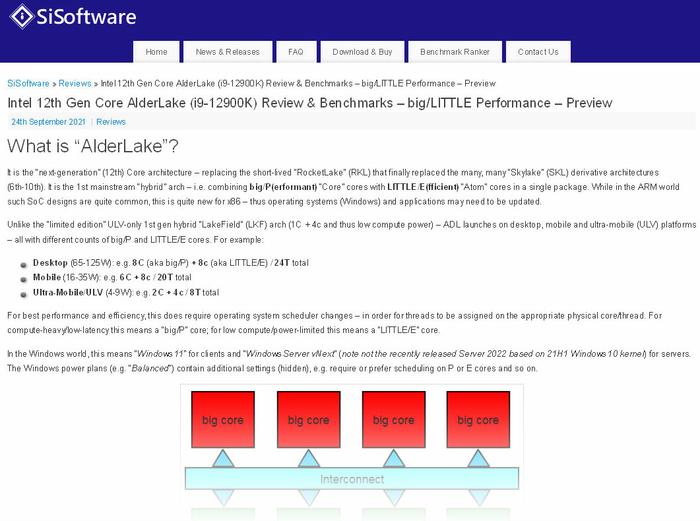 SiSoft's blog starts with an overview of the architectural changes resulting in Alder Lake, and then goes through the supported instruction sets for the big and LITTLE cores. It reminds readers that AVX512 is no longer supported on the P cores, but the E cores enjoy the uplift of AVX2 support. SiSoft Sandra has been updated with "extensive changes to both detection, thread scheduling and benchmarks to support hybrid/big-LITTLE," so it can even give you a good performance preview on pre-Windows 11 OSes. 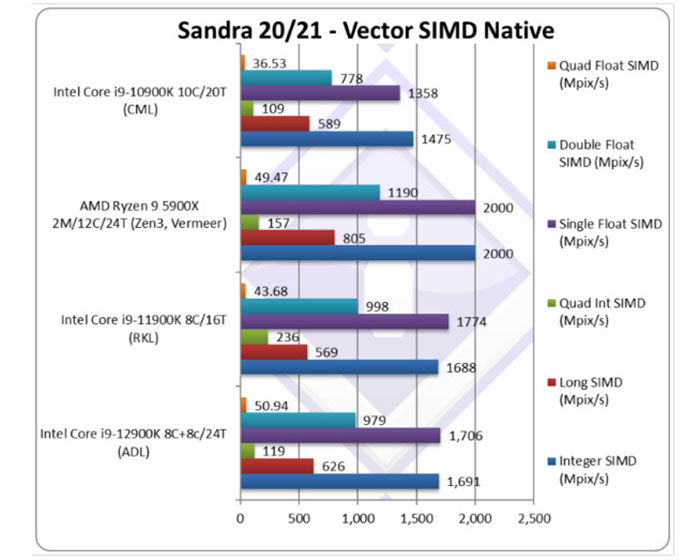 In Sandra 20/21 Vector SIMD Native tests, the AMD Ryzen 9 5900X in Sandra's databases was a clear winner compared to the Intel Core i9-12900K. Actually, it looks inferior to the Core i9-11900K in these tests too. Looking through the other charts, it becomes clear SiSoft doesn't really have enough data to fill out its comparison tables, which it admits in the blog conclusion. A key assertion that it makes is that "ADL has been designed for efficiency – not performance at any cost regardless of power usage (like RKL); it is perhaps too much to expect it to beat RKL in everything." Nevertheless, in non-SIMD tests it says that ADL can be 25-50 per cent faster than RKL and be competitive with AMD Zen 3 (5900X).

SiSoft says Intel will be still working on optimisations compared to the processors we see in its databases. Moreover, the ADL performance data comes from various sources and various system configurations (motherboard, RAM, storage) so it is hard to be confident it will be representative because of this. We might even be seeing some tests on Windows 11, others on 10.

While we are on the topic of ADL benchmarks, VideoCardz has found an Intel Core i9-12900K CPU-Z built-in benchmark score, as shared on Bilibili. This leak appears to show particularly strong performance for the ADL part. 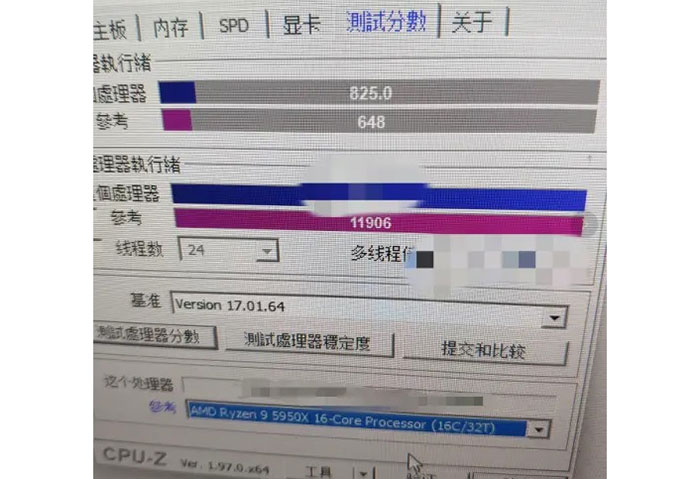 Clearly these leaks are rather all over the place, but interesting nevertheless. Rest assured, HEXUS will be here with full coverage of the launch and publish our ADL reviews as soon as possible. Intel is expected to launch ADL-S in late October, with a November release.

Posted by Tabbykatze - Mon 27 Sep 2021 10:17
Very interested to see the proper release benchmarks, the leaks have been all over the place either decrying the 12900k the ultimate champion or throwing out that it's inferior in more ways than one.

It does seem to be clear that in pure number crunching it is certainly a very fast CPU. So the average IPC uplift alongside maintaining 5.3GHz megasuperturbo boost for a single and quite a high multi core clock keeps it up there in the fighting game.
Posted by ohmaheid - Mon 27 Sep 2021 12:03
I wonder what (or who) prompted them to remove the post?
Posted by Tabbykatze - Mon 27 Sep 2021 14:00

ohmaheid
I wonder what (or who) prompted them to remove the post?