Intel has just wrapped up its Innovation Unleashed keynote at Computex 21. The full 43-minute presentation is now available on YouTube to watch, and I've embedded it below. Not a great deal of new information was revealed at the presentation. It was mainly a recap of recent innovations from Intel, leading us to where we are now. So we heard about Gelsinger's new strategies, the pandemic changing the workplace, as well as Intel praising its partners – and as its Computex Taipei some special focus was put on embracing Taiwanese partners.

If you want to click to 25mins 45s you can fast-forward direct to a section of the presentation by Steve Long, CVP and GM of Intel CCG Sales. Long talks about desktop and laptops PCs and components, but again a lot of the info is a recap. I've listed the most important parts of Long's presentation below, with any appropriate slides. 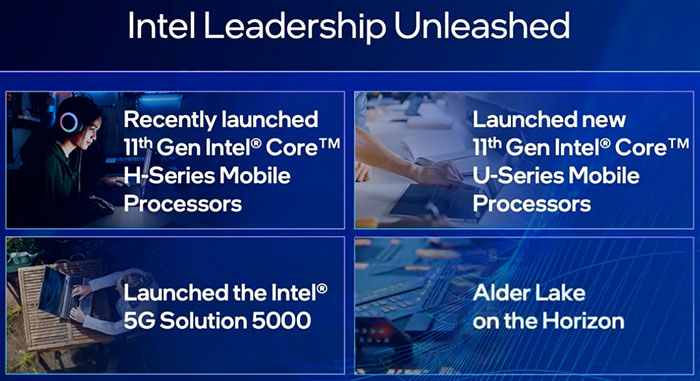 Firstly, Long talked about the recently launched 11th Gen H-series processors for laptops. Impressively these new mobile processors launched with 88 laptop designs from partners and in their first three weeks after being introduced, Intel says that >1 million units have been shipped by partners. These are "unrivalled volumes," asserts Intel, and what make it and its partner ecosystem stand out. Intel also claimed that the new 11th Gen H-series processors for laptops recaptured the laptop gaming crown, with its flagship chip being up to 22 per cent faster in Crysis Remastered. 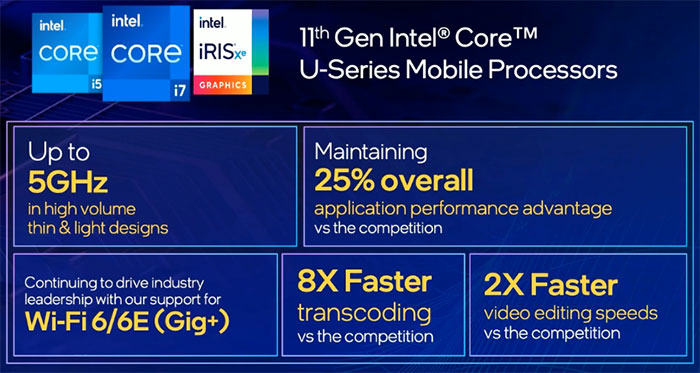 Two new SKUs have been added to the 11th Gen Core U-series with Xe graphics lineup. In the table below you can see the new processors highlighted in yellow. Again highlighting Intel's industry clout and partnerships, Long announced that 60 designs featuring these new processors are already confirmed to be coming out, some starting this week. 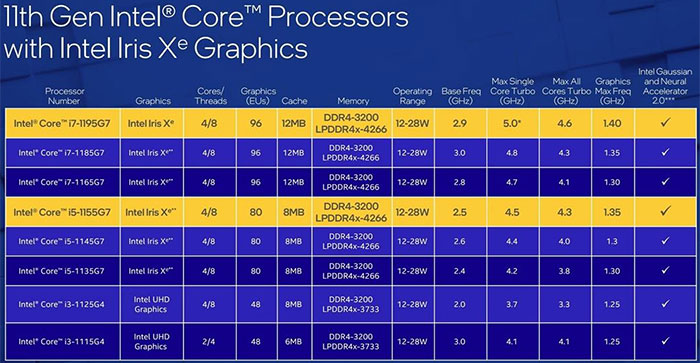 Intel has built a 5G module in collaboration with MediaTek. This communications component will be in PCs from Acer, Asus, HP starting this year with 29 designs planned for 2022 already. 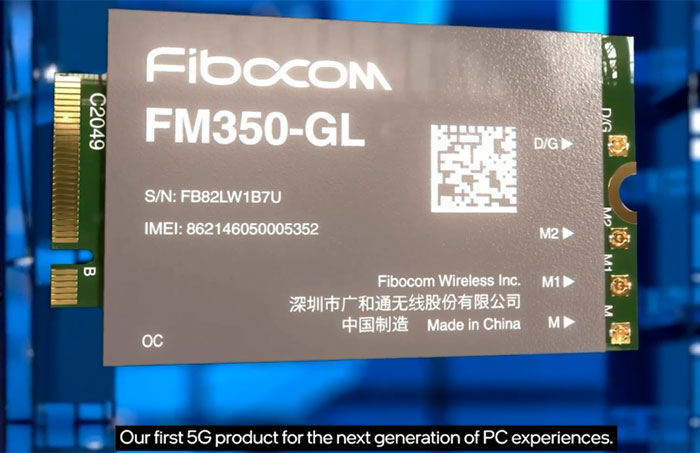 Long talked about the platform approach, for a better rounded experience. This kind of approach is particularly beneficial in laptops, and we are reminded of the Intel Project Athena – Evo laptop initiative. Intel partners have produced 85 Evo designs so far and that number will increase to 100+ by the end of the year. This depth / scale requires partnership not just with the big systems makers but with 150+ global partners, we are told. Evo advancements are to continue this year, backed by $50m investments. 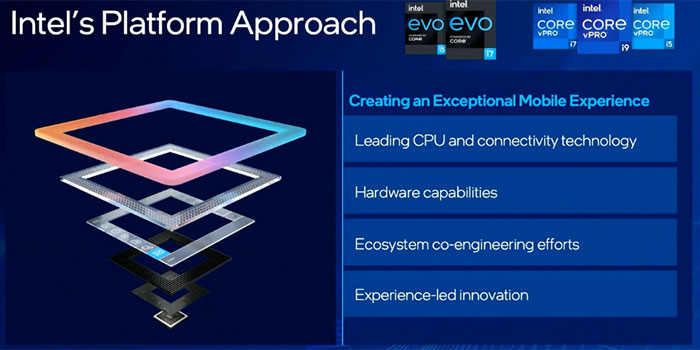 Next up Intel demonstrated an 11th Gen U-series processor powered Evo laptop reviewing five 4K recordings simultaneously to make an edit. In the demo the machine only dropped 1 per cent of frames. This is much better (Adobe Premiere) performance than the competition, says Intel. 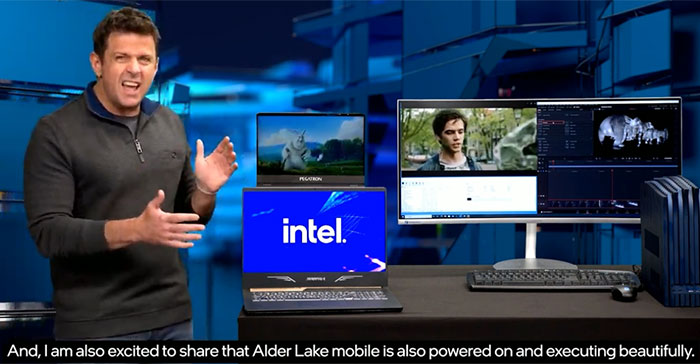 At last some more forward-looking information was revealed. Long reminded us that an Alder Lake desktop powered on and was demonstrated running smoothly at the CES, earlier this year. Today, Long held aloft an Alder Lake laptop which is "executing beautifully". He showed a design that had clearly been prepared by contract manufacturer Pegatron. 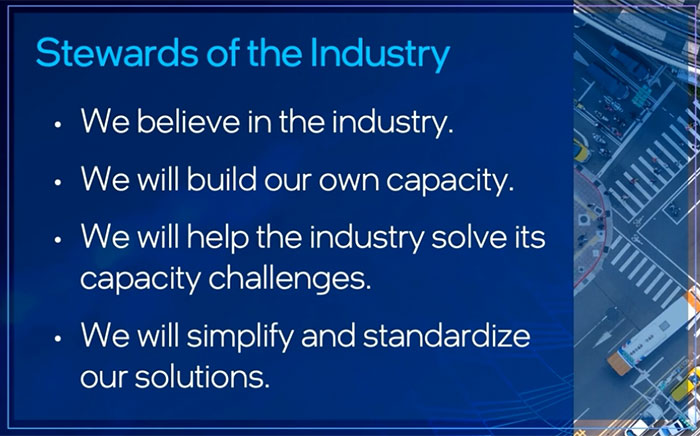 Intel rounded off its presentation by claiming to be the 'stewards of the industry', before handing off to Acer to talk about using recycled materials in PCs. Acer is intending to go 100 per cent renewable by 2035.

After losing a ridiculous advantage, to an almost bankrupt competitor (the only one left), due to it's own unparalleled incompetence, now tries in desperation to spin that they're the savioirs…….they are really unable to avoid humiliating themselves.
Posted by Rubarb - Mon 31 May 2021 18:12

Yoyoyo69
Intel: does absolute best it can to destroy sector.

After losing a ridiculous advantage, to an almost bankrupt competitor (the only one left), due to it's own unparalleled incompetence, now tries in desperation to spin that they're the savioirs…….they are really unable to avoid humiliating themselves.

I am curious, what is your age?
Posted by DanceswithUnix - Sun 06 Jun 2021 16:08
I think the likes of Intel and Microsoft have pretty much ruined the word “Innovation” at this point. It is like a buzzword for pedestrian dullness at this point.