I wouldn't like to put a bet on the Intel Alder Lake-S launch date in the current climate of constrained components and raw materials supplies, and other uncertainties. The launch / availability is surely several months down the line, and we have previously seen various dates put forward. It must be commented upon that the 11th gen Intel Core processors (Rocket Lake) have only just started to arrive with retailers, but on the other hand it might be wise to replace this  processor ASAP for Intel to successfully challenge the rampant AMD on the desktop. 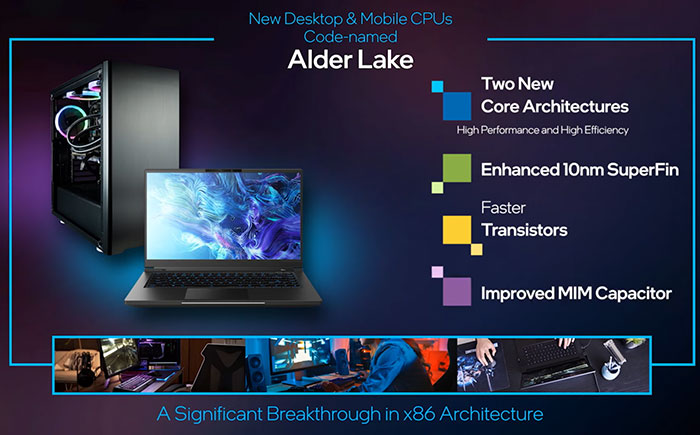 The latest timescale rumours come from tech site WCCF Tech, which has been tipped off by its sources that Intel is going to launch the ADL-S processors this November. If this is the case it will make RKL-S the shortest lived generation in Intel's mainstream desktop processor history.

Alder Lake will be one of the most important and possibly exciting changes seen in Intel's recent processor making history. To remind you of the possibilities, it is worth a look back at the leaked slides from March, and I've reproduced these informative images below.

Key changes coming with ADL-S, destined to cause a buzz, include; 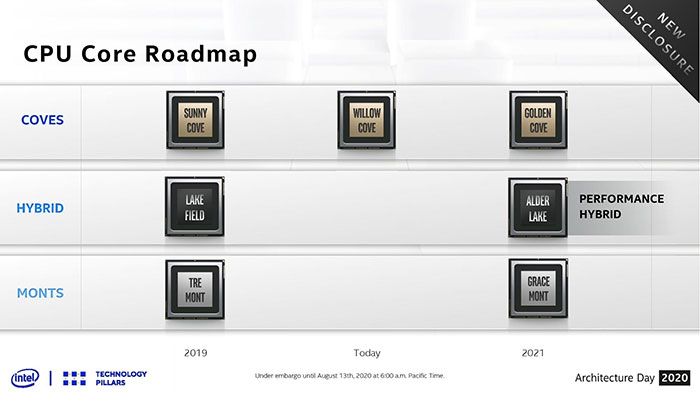 Previously VideoCardz has unearthed a workstation production schedule, which indicated that Intel plans to start the mass production of ADL CPUs in Q3, so the new November date seems reasonable. Now it is looking that Intel will comfortably beat AMD to PCIe Gen5 and DDR5 on the PC desktop, with the red team expected to respond with the first Zen 4 processors and new platform early in 2022.