A team of physicists from China have built a quantum computer that casts a long shadow over Google's boasts of a Quantum Supremacy breakthrough in 2019. The Chinese team's new Quantum Computer completed a calculation 10 billion times faster than Google's prototype could muster, or 100 trillion times faster than the world's fastest supercomputer would be able to accomplish. As Nature magazine explains - "the team achieved within a few minutes what would take half the age of Earth on the best existing supercomputers" (an estimated 2.5 billion years of processing on the on Sunway TaihuLight supercomputer). 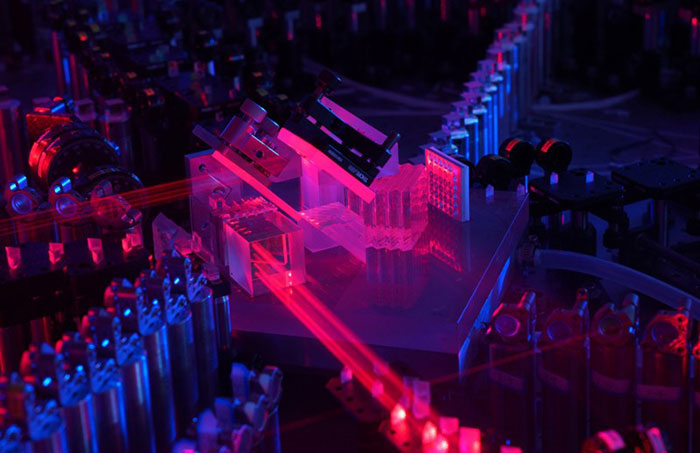 Jian-Wei Pan, from the University of Science and Technology of China in Hefei, told Nature that the new quantum computer solved a boson-sampling problem – calculating the probability distribution of many boson particles - with potential practical applications in graph theory, quantum chemistry and machine learning.

Interestingly the researchers, lead by Pan and Chao-Yang Lu, chose to use photons as their qubits and their photonic quantum computer worked at room temperature. This is said to be the first demonstration of quantum advantage using photonics. However, in contrast to Google's Sycamore, the Chinese team's photonic circuit is not programmable so it would have to be redesigned to solve other problems.

So, phonic quantum computing shows that it is definitely worth pursuing and Christian Weedbrook, chief executive of quantum-computing startup Xanadu in Toronto, reckons that seeing its potential it could now "potentially leap-frog" alternative approaches.

It's all very well showing the answer to something we know ‘faster’ but if we haven't got the answer by another means how do we know it's not just some random number generator being shown off.
Posted by Saracen999 - Mon 07 Dec 2020 14:27

Luke7
Not reprogrammable? Seems like one hell of a quantum disadvantage to me…

I'd say that rather depends on what it's programmed to do.

If, for instance, it's that effective at cracking encryption, it could be a smidge useful …. rendering just about all existing encryption, from military command and control, to national and international banking systems, either heavily cmpromised or conceivably, useless.

If it was put to, for instance, medical research rather than encryption, or perhaps to weather forecasting or climate modelling, who knows where the potential benefits to everybody might stop?

If nothing more than a proof of concept, their ‘non-reprogrammable’ computer has potentially massive implications
Posted by Tabbykatze - Mon 07 Dec 2020 15:00

It's all very well showing the answer to something we know ‘faster’ but if we haven't got the answer by another means how do we know it's not just some random number generator being shown off.

The result can be posited and what the expectation of it would be so if the resultant calculation fits a model of expectation then the answer must be or is close to correct.

It's basically how all theories are created, someone theorises that XY must equal to Z via this reasonable assumption so after performing the dutiful and if the results are within a bounds of expectation then the calculation is established to have been “correct”. But if the results are different to expectation then either the calculation is wrong or the reasonable assumption of the theory is incorrect.

Saracen999
If nothing more than a proof of concept, their ‘non-reprogrammable’ computer has potentially massive implications

Absolutely. And as I understand it, most “quantum” computers of today are “reprogrammable” but the quantumware has to be custom written for the the quantum processors characteristics so it doesn't exactly feel much different than the competition it's fighting with, where the “reprogramming” happens is just moved up a level.