Qualcomm has announced its next flagship processor for smartphones. The new Snapdragon 888 5G Mobile Platform has a number of important enhancements, as you would expect. At the time of writing we have only had the headlining announcements from the Snapdragon Summit so in depth info such as block diagrams and so on are yet to appear. Most of the information revealed at the summit thus far has skirted around the CPU tech details, focussing instead on things like 5G, AI engine, ISP, and a little about the GPU capabilities. 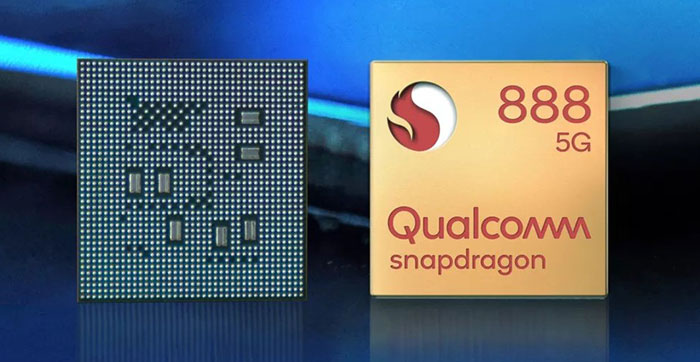 Before getting into the technicalities, some are surprised at the version number of the new chip. If it followed the recent naming conventions we would be reporting upon the SD875 today but, no its the SD888. Some reports are tying this odd numerical jump to 888 being a particularly lucky number in Chinese culture, and Qualcomm looking to cosy up to Chinese tech partners now that the Trump era is all but over. Lots of smartphone partners are on board with adopting the SD888 already – at least 14 OEMs. 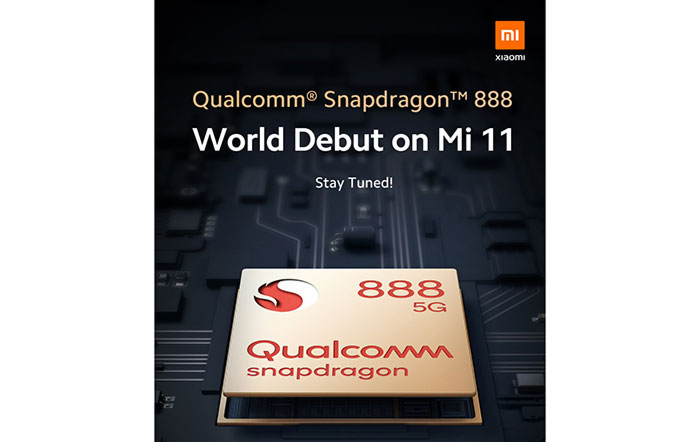 The new flagship SoC from Qualcomm is built on TSMC's 5nm process, like the Apple A14 and M1 processors. It integrates the following key components: 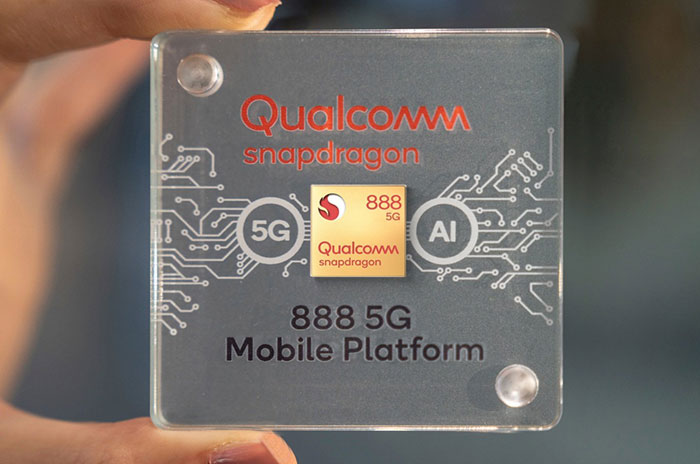 As mentioned in the intro, there is little or no CPU information from the Snapdragon Summit thus far. I'll see if any news coming out about that aspect of the SD888 warrants its own story or perhaps I'll just update this one with a block diagram and video... 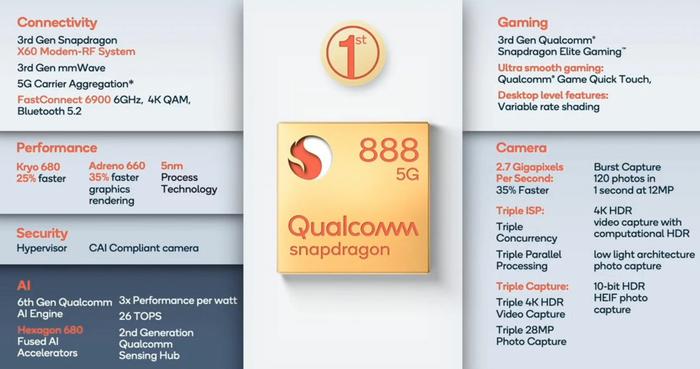 Qualcomm has now revealed the CPU and GPU specs and performance uplift claims.
Click slide to zoom in. 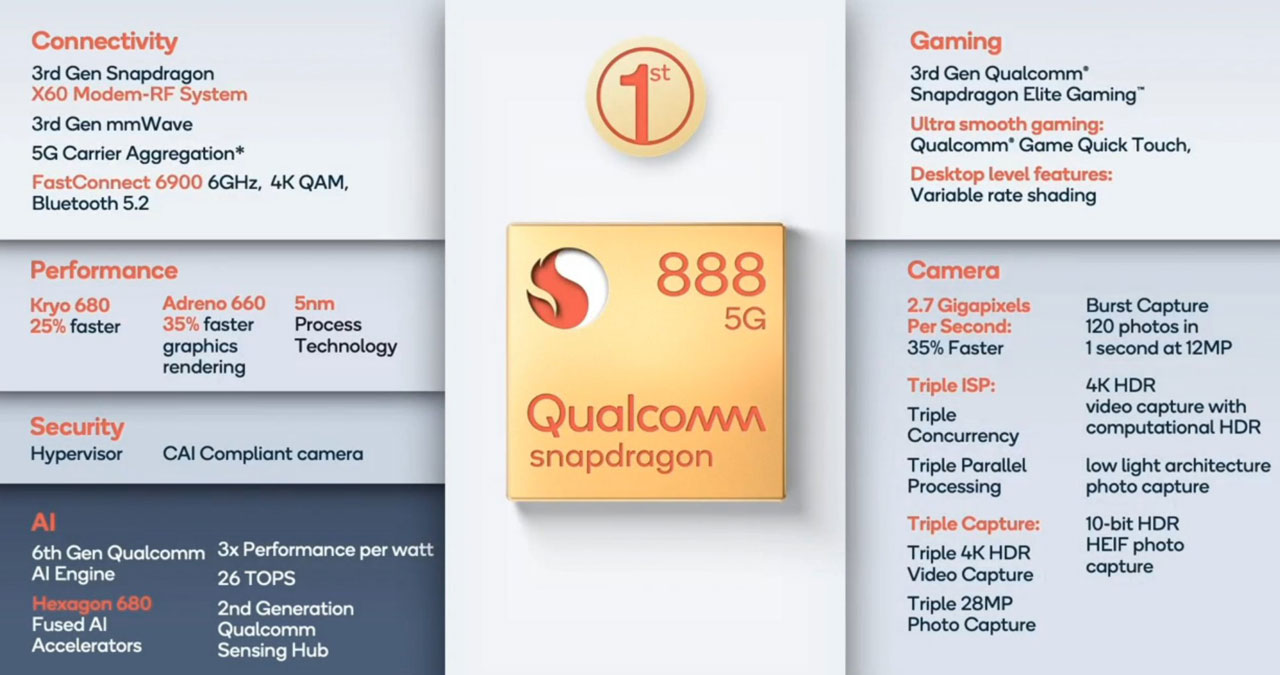 Posted by Xlucine - Thu 03 Dec 2020 23:26
I did not expect the X1 core to show up in this. It makes sense given the prime stuff they've done in previous gens, but it still surprises me to have 3 different core designs in the same die (including the A55 for the umpteenth time).