Intel is preparing the Jasper Lake family of processors for entry-level and affordable laptops and fanless mini desktops, which will arrive in early 2021. Fanless Tech reports that six low power SKUs are being prepared for this segment and they will all come sporting Intel's 10nm Tremont architecture CPU cores.

Tremont cores have featured in several news stories covered by HEXUS this year as they are an important part of the Lakefield 3D packaged hybrid processors. With a Lakefield CPU you get a mix of one 10nm Sunny Cove core for fast single thread performance, backed up with four power-efficient Tremont cores for background and less pressing duties - forming a 5C/5T SoC with an integrated Gen11 iGPU, onboard memory, audio, and so on.

As an entry level processor, Jasper Lake will rely solely on the 10nm Tremont cores for general processing duties. These Pentium and Celeron processors will come packing a low-power Gen 11 iGPU too. 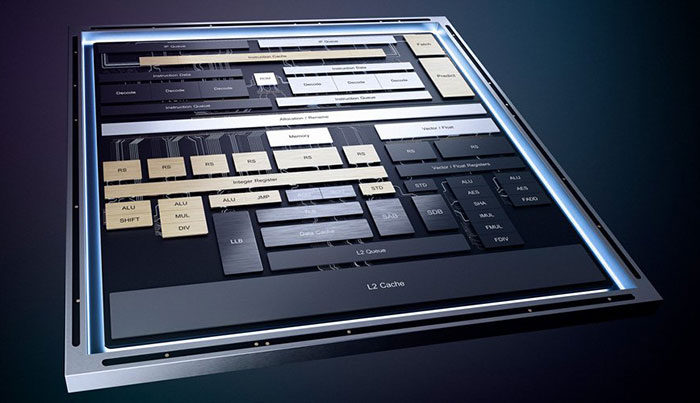 Fanless Tech detailed six Jasper Lake processors in its exclusive reveal. There are three desktop SKUs with 10W TDPs, and three mobile SKUs with 6W TDPs. Each trio is lead by a single Pentium model with 4C/4T and differentiated by having the highest boost clocks in the range by some margin.

If these are coming early 2021, then we should expect some more news about Jasper Lake and its design wins at CES.

The article about EA also has mistakes. Are Hexus staff high?
Posted by QuorTek - Mon 07 Sep 2020 15:28
so when you turn it on… it is gonna explode in your face or something ^^