About a month ago HEXUS reported upon industry rumours pointing to a planned Apple Mac computer transition to the Arm processor architecture. The source of those rumours was the respected Apple-focussed analyst at KGI Securities in Taiwan, Ming-Chi Kuo. According to the analyst, Apple has already started working with ASMedia Technology to add USB4 to Arm-based Mac computer chipsets. The likely timeframe for the first Arm-based Apple Mac computers to arrive was said to be Q4 2020 / Q1 2021 but it would be understandable if there were delays.

Yesterday evening serious finance news site Bloomberg put its weight behind the processor architecture shifting, and potentially industry quaking, rumours. The key points learned by Bloomberg reporters from 'people familiar with the matter' were that; the new processors would be based upon the designs used in iPhones/iPads (the AXX SoC series), and the transition will be gradual - starting with the lower-end Macs (which currently run dual-core Intel CPUs). 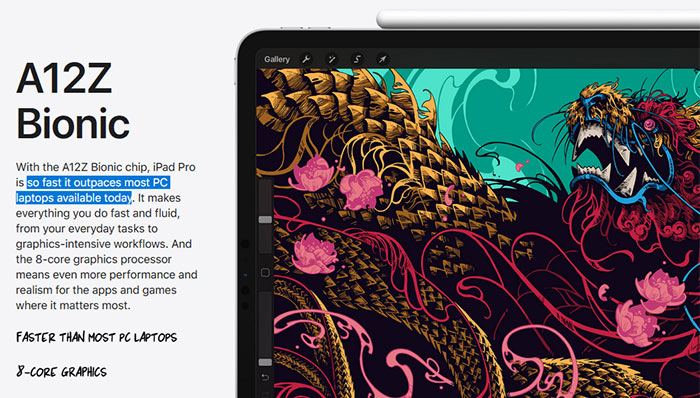 Apple is currently working on three Mac processor models codenamed Kalamata, says the source report. These are being designed in tandem with the A14 processor, destined for the next iPhone, but will be much faster than those smart device targetting processors. As noted in our previous report, laptops and desktops have a much greater power budget to play with, and heftier cooling tech, to enable faster performance. Kalamata chips will feature in at least one Mac computer in 2021, according to Bloomberg's sources.

The Kalamata SoC will consist of "eight high-performance cores, codenamed Firestorm, and at least four energy-efficient cores, known internally as Icestorm," says Bloomberg. With the news that there are several Kalamata processors being designed and Apple striving for greater vertical integration, it is likely to press on quickly to move more of its Mac lineup away from its current Intel reliance. A further interesting info nugget uncovered by Bloomberg reporters was that TSMC will be making the Kalamata chips on its N5 process.

Apple will have a lot of work to do in the transition but has successfully navigated this passage previously, most significantly in the move away from PowerPC to Intel processors. Once the work is done there should be manufacturing, software ecosystem, licensing, product timing and other benefits for Apple to enjoy.

Intel will lose some custom and prestige if it is no longer the processor supplier for Apple Macs. Last summer Apple bought up Intel's 5G modem business, and gained 2,200 key employees, sparked by the chipmaker's failure to deliver on promising technology.

Posted by moshpit - Fri 24 Apr 2020 14:05
I wouldn't trust anything from Bloomberg if they said the sky was blue, after their Supermicro debacle. Refusal to provide sources, refusal to provide any proof at all that Chinese spy chips supposedly were infesting Supermicro boards made for several big companies. The accusation with complete refusal to even provide proof to Supermicro when asked so it could be tracked down and dealt with, shows it was irresponsible sensationalism at it's worst.

lumireleon
x86 is still superior due to its maturity

I wouldn't necessarily agree with that, arm has been around in one form or another since acorn computers, 35 years ago.


In regards to Apple making their own arm ‘laptop cpu’s'… in all honesty that's been on the card since they signed up so they could make their own cpu's… they've even given adobe a heads up imo as they're reworking photoshop etc for arm cores already.

IMO it's always been on the cards for two reasons, bigger profit and ultimately they can't be straight up compared with windows pc's with essentially the same hardware. Do I think it's a good idea to be changing architecture again… not really but if they can make it as good/seamless as windows on arm (it's not ‘that’ bad), and I suspect they can considering their control over the OS and hardware, then I doubt the majority of apple users these days will even notice. The ones that might notice will be the professionals again but there's already issues in that department.
Posted by Kato-2 - Fri 24 Apr 2020 15:30

lumireleon
x86 is still superior due to its maturity

It doesn't really matter to Apple, the bulk of software developers for Apple are Arm based not x86 these days, they have good enough performing internal Arm hardware that be leveraged and reduce the dependency on Intel.

It also allows Apple to go back to being “special” and not just another x86 system.