Intel has made a new high end desktop processor available. The powerful new processor is the Intel Core i9-9990XE, made available to OEM(s) via a secret online auction. Now it appears that we know of at least one auction winner, Puget Systems of Washington, USA, which makes custom high-end laptops, desktops and servers. Last week the firm shared the tech specs of the Intel Core i9-9990XE (not available via Intel Ark), and now it has followed up with a series of benchmarks in apps such as Photoshop, Premiere, Lightroom, and After Effects. 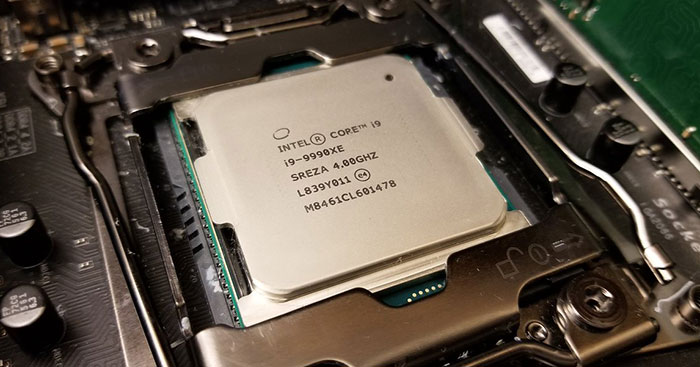 The new Intel Core i9-9990XE sits above the Core i9-9980XE in nomenclature but one of the first things you will note is that it actually boasts fewer cores than its nearest neighbour in Intel's CPU stables. Also you can see quickly, below, that the L3 cache amount has been thus reduced in line with the 14C/28T Core i9-9940X.

Based upon the Skylake-X HCC (high core count) die, and leveraging a solder TIM, the new processor stands out in the above table with its aggressive clock speeds and lofty TDP. The processor runs at a base/boost of 4.0 / 5.1GHz but you will have to strap on a hefty cooler to cope with up to 255W. Puget's senior tech Matt Back, recommends the Corsair H80i with push/pull fans - with such a setup the CPU never broke 90C under full load (After Effects benchmarks). 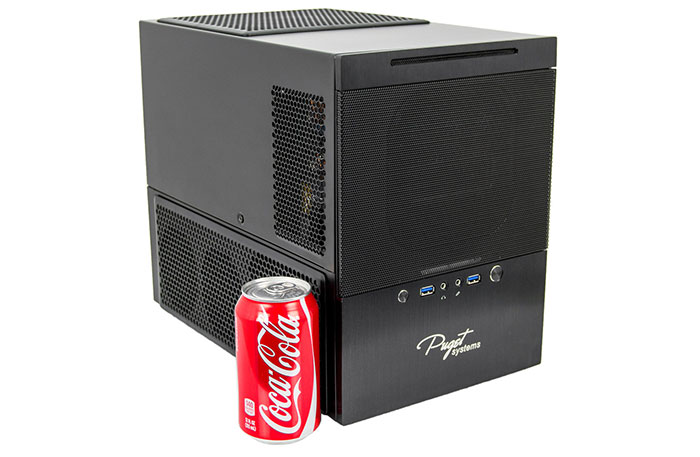 As for benchmark results, you can see from the links in the intro that the Intel Core i9-9990XE is a top performer. I have embedded the After Effects CC 2019 comparison list below for you to check a typical result. Only in the Photoshop test was it very slightly edged by the Core i9-9900K (also embedded below).

As mentioned above, Intel hasn't listed the new processor in its Ark database, but Puget System's spec page seems comprehensive enough for now. Of great interest will be the price that Intel makes this processor available for, and whether it will be more widespread than being a single US custom systems maker exclusive.

Posted by Corky34 - Mon 11 Feb 2019 10:20
I know it's only a ballpark figure but going from roughly 9W per core to 18W is a massive jump for a 600Mhz increase, they must really be running it on the ragged edge.
Posted by Kanoe - Mon 11 Feb 2019 11:06
If this was AMD releasing a CPU with a 255W TDP everyone would be panning it, so I expect to see the same for this chip people.
Posted by GinoLatino - Mon 11 Feb 2019 11:48
Wonder how is the lifetime of a cpu like this…
The improvements in performance are really meh…
Posted by LSG501 - Mon 11 Feb 2019 12:19
Funny how the tests that are released are ones that seem to favour intel…. the adobe tests do seem to be better suited to intel cpu's more than they are threadripper, but then the consensus with most adobe users is that it's not really that well coded for high core counts and it's still far better to go for a higher clock speed over more cores, an area where intel still has a lead over amd sadly.
Posted by flearider - Mon 11 Feb 2019 12:20
90deg c on water .. ffs .. on water you shouldn't hit 60 deg c
yeah this is intel stretching everything to stay relevant