Intel has scheduled a 'Forward Looking' Architecture Event for 11th December, reveals AnandTech. The event will be small and exclusive, it was indicated, with just a few tech press editors invited. Nevertheless, Intel will share its vision with those assembled and its engineers and tech fellows will take to the podium to provide detailed presentations about what is going on behind the scenes. 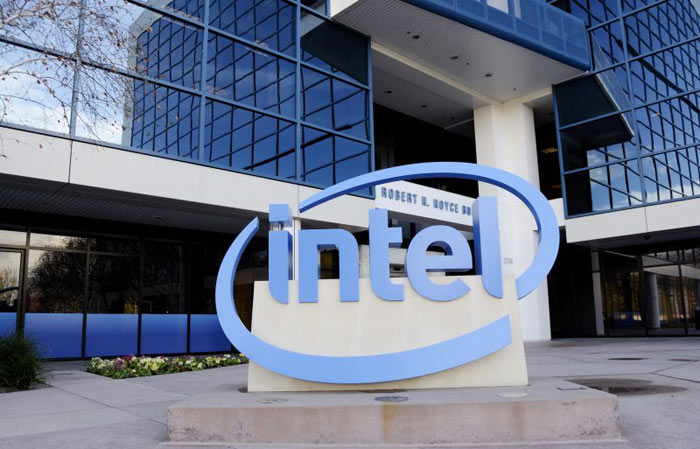 It is hoped that Intel doesn’t only deliver more information about its CPUs and manufacturing – but will share some GPU development progress news from Raja Koduri and his team.

HEXUS covered the news regarding the AMD Next Horizon event in San Francisco yesterday, where both new 7nm Zen 2 Epyc CPUs and 7nm Radeon Vega Instinct GPUs, and supporting technologies, were unveiled. Intel was surely already feeling under pressure from the red team and yesterday probably delivered an energetic turn of the thumbscrews.

Recent news from Mercury Research, via Guru3D, shows that AMD has been taking business away from Intel at an accelerated rate in recent months. In 3Q18 AMD grabbed an average of 10.6 per cent across the server, desktop and notebook sectors, with growth of 1.5 percentage points relative to the previous quarter and 3.1 percentage points year-over-year. If we drill down on PC desktop market share it is revealed that AMD CPU share rose from 12.2 to 13.0 percent QoQ, and increased from 10.9 per cent a year ago.

Intel New Mexico manufacturing upgrade to cost $3.5 billion QOTW: Do you overclock? AMD FidelityFX Super Resolution may arrive next month Sony tipped to be preparing a PlayStation 5 Slim with 6nm APU Intel employee Tweets "DG2 is right around the corner"

INTEL: you thought AMD had architecture we have architecture too!!
Posted by Tabbykatze - Wed 07 Nov 2018 11:04
What a surprise!

Not to be pessimistic but I'm expecting more guff about 10nm, firing shots at AMD and a roadmap full of holes.
Posted by LSG501 - Wed 07 Nov 2018 11:22
To be honest I absolutely love it when a company as large as Intel is basically running scared of the little guy (AMD) purely because they've been complacent and sitting on their hands and milking their current cpu's instead of making real progress with them (they're still trying to do it now…)
Posted by Iota - Wed 07 Nov 2018 11:29

Not to be pessimistic but I'm expecting more guff about 10nm, firing shots at AMD and a roadmap full of holes.

Well, I'll remain pessimistic in regards to Intel. They're already late delivering on 10nm, by a considerable margin. They're haven't delivered anything really new in terms of cpu design for a long time and essentially all we've seen is incremental updates alongside requirements for new motherboards or sockets pretty much every other generation. Don't even get me started on platform segregation or “independent benchmarking” marketing…

Contrast that with the developments from AMD. Intel need to focus on the basics and start learning some lessons.
Posted by Ozaron - Wed 07 Nov 2018 11:32
Time to find out what Jim Keller's been up to.