Back in mid-April we got the first whiff of some heady rumours regarding a 40th Anniversary Core i7-8086K CPU on the way from Intel. Of course, you can tell from the name, it would be commemorating the milestone that was the Intel 8086, the first Intel x86 microprocessor. Today those initial gaseous rumours appear to have formed a precipitate, and we can report that a number of online retailers have (accidentally?) listed a few details about this upcoming commemorative computer product. 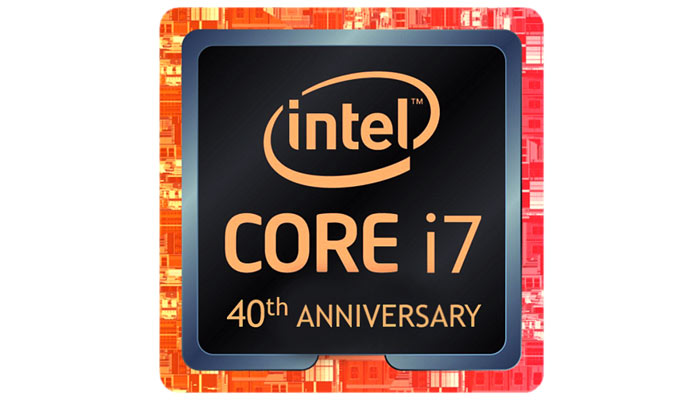 VideoCardz has shared two links and screenshots showing listings of an Intel Core i7-8086K processor. The site notes that several Chinese sites have been listing the processor "for quite some time," buttoday it saw Canadian, Russian, and Italian listings pop up (however the Italian listing has been withdrawn already). 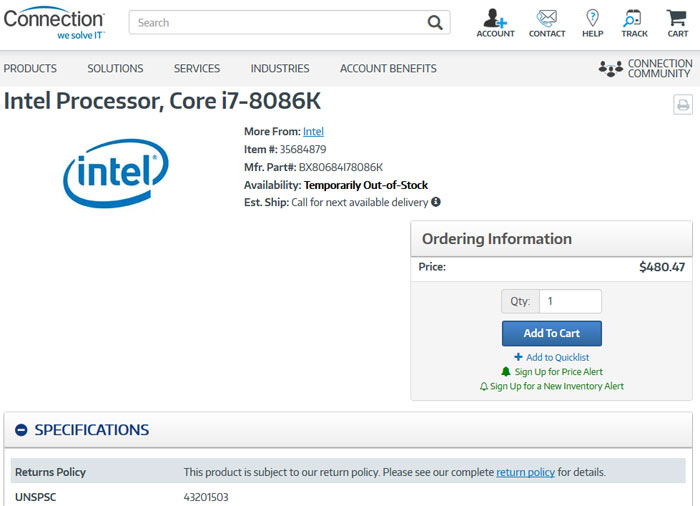 Not that much is known for sure at this point in time but the previous rumours suggested that this anniversary processor release would feature the beefy specs as outlined below:

In the retail listings you can see that some of these specs are 'confirmed'. However, the boost speed appears to be 5.00GHz out of the box, rather than 5.10GHz indicated above. Of course it is still an unlocked, overclockable processor as evidenced by its 'K' suffix. 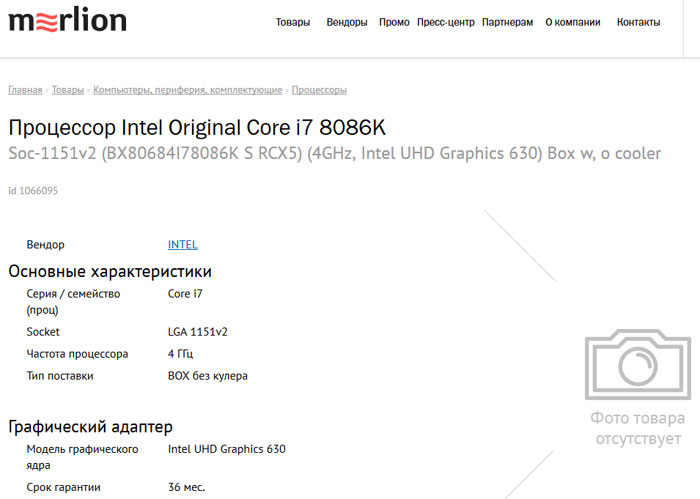 For a price indication, the Italian listing was at €481 including that country's 22 per cent VAT. At current exchange rates that equates to about £400 with the UK's slightly lower VAT rate.

Pondering over the expected launch window for the Intel Core i7-8086K, I will stick with my original guesstimation of sometime during the Computex 2018 expo, 5th to 9th June.

Do not underestimate the power of e-peen bragging rights, having one of these in your system spec signature will make you so cool amongst the plebs, making do with their boring 8700K's.
Posted by EN1R0PY - Wed 30 May 2018 12:55
Well I just bought a 2600x, same specs but a lower max boost, I'm not paying more than double for a little extra boost, hell the normal i7 isn't worth it for half on top of the price of the 2600x. I like the name though, good to remind people that computers were not invented in 2006 just for candy crush and Facebook.
Posted by Troopa - Wed 30 May 2018 13:21
I'm looking at this thinking it will be a good choice for a top end overclocker system? bit pricey though for a gamer build as would rather opt for a better GPU.