In a newsroom post a few hours ago Intel boasted of a new chip on the block that is capable of 10 TFLOPS. The Intel Stratix 10 FPGA can perform 10 trillion floating point operations per second, claims the chipmaker, and it is “the fastest chip of its kind in the world”. 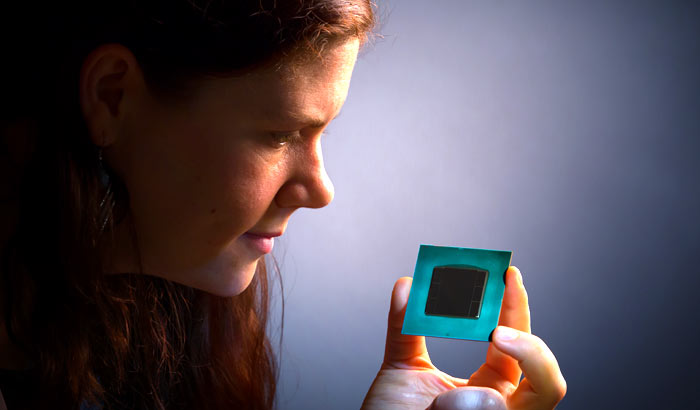 In a short explainer, Intel describes how FPGAs, or field programmable gate arrays, “are a special class of computer chip that is surging in importance with the rise of applications like speech-recognition, artificial intelligence, next-generation wireless networks, advanced search engines and high-performance computing”. These FPGA chips can be customised or reprogrammed remotely and on the fly, to perform highly specialised computing tasks so are inherently very efficient at the tasks with which they are purposed.

A further technical detail about the 10 TFLOP Intel Stratix 10 FPGA shared by Intel is that it packs in about 30 billion transistors. This is “more than triple the number of transistors in the chips that run today’s fastest laptops and desktops,” says Intel. An example of the data crunching power on offer here is given in terms of data processing. The Intel Stratix 10 FPGA can process the data equivalent to 420 Blu-ray Discs in just one second, states the Intel blog.

As a reminder, Intel started sampling its 14nm Stratix 10 FPGAs with ARM cores and HBM2 back in October 2016. At IDF that year Intel CEO Brian Krzanich described the data centre and networking targeted Stratix 10 as “a beast”. It took about a year for that FPGA to reach customers as the Intel Stratix 10 SX FPGA. Intel makes several variants of these FPGAs to meet the needs of various customers.

lumireleon
is this really a threat to Nvidia?

3dcandy
Will surely be a lot cheaper

Guess you don't buy many FPGA's and remember this is Intel selling it to you :D