After applying the patches supplied to keep their systems safe, many Intel processor users have been reporting reboot issues. Now Intel has released a statement saying it has identified the root cause of this behaviour on Broadwell and Haswell platforms, and made good progress on other platforms. As Intel’s revised patches are now in testing, it is asking customers to hold fire on applying any currently available patches. 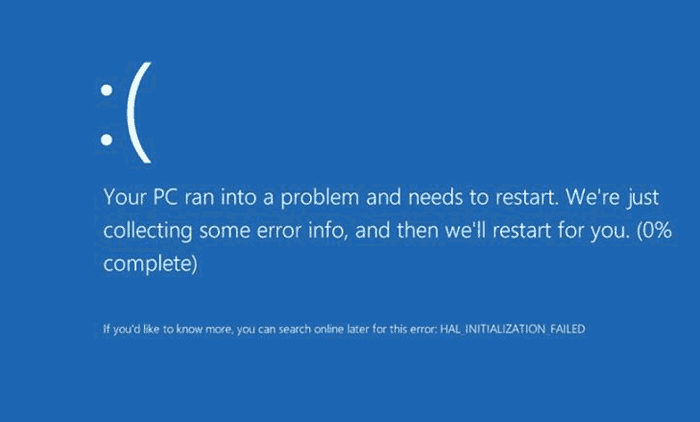 The problem eager system updaters have faced is described as “higher than expected reboots and other unpredictable system behaviour.” I must count myself among that number. Last week after running the InSpectre testing app I was spurred on to check the Dell site for BIOS updates available for my Haswell Ultrabook. I found a new BIOS, just a few days old with the Spectre fix and applied it, feeling rather lucky. However, yesterday this laptop restarted (blue screen, as above) twice. I can’t recall it blue screen crashing at any time previously.

The current guidance from Intel, with regard to patching your PC, is as follows:

To conclude the news bulletin Intel’s Navin Shenoy apologised for any disruption, adding that his company is “working around the clock,” to address all the issues.

Some people aren’t very appreciative of Intel’s efforts. For example Linux guru Linus Torvalds has slated the efforts of Intel thus far. “The patches are COMPLETE AND UTTER GARBAGE,” commented Torvalds in a public email chain between himself and David Woodhouse (an engineer at Amazon in the UK), regarding Intel’s solution for the Linux kernel.

Posted by Tabbykatze - Tue 23 Jan 2018 10:37
Can someone clarify, are the BIOS updates causing these problems the responsibility of Intel or the Mobo manufacturers?

I'm guessing Intel is providing the Microcode fix that then gets pushed out by the update and it's that bit that's causing the BSOD?
Posted by mtyson - Tue 23 Jan 2018 12:24

Tabbykatze
Can someone clarify, are the BIOS updates causing these problems the responsibility of Intel or the Mobo manufacturers?

I'm guessing Intel is providing the Microcode fix that then gets pushed out by the update and it's that bit that's causing the BSOD?

As I understand, Intel produces patches for various processor models / families and chipsets (Microcode). Then it hands these files off to motherboard and systems makers.

In my case Gigabyte hasn't yet acted to supply a BIOS update for my Haswell desktop motherboard. However Dell produced a BIOS for my Haswell ultrabook - since been removed and the Nov 2017 release left in its place for users to roll back to.

Tabbykatze
Can someone clarify, are the BIOS updates causing these problems the responsibility of Intel or the Mobo manufacturers?

I'm guessing Intel is providing the Microcode fix that then gets pushed out by the update and it's that bit that's causing the BSOD?

That's pretty much it as far as I can tell. Intel have done their bit (badly) supposedly by releasing the specific code and it's then up to the mobo manufacturers to stick it into an update for their particular mobos. Hence why, even though there may be a patch suited to your CPU, many mobos aren't getting patched, including mine. Apparently my 3 year old high end mobo that I spent a small fortune on isn't worthy, even though they have the code and just need to put it into a deployable BIOS update.

It sounds like it's actually Intel's rushed out fix that is causing the issue. I suspect the BIOS update really is no more than allowing blind deployment of the Intel patch on the individual mobo infrastructure rather than any real integration into their own code so the blame for this debacle probably lays right at the feet of Intel.

I suspect that it's possible if you need legal recourse then you'd go to your mobo manufacturer who would then sue Intel for any losses they incurred.
Posted by philehidiot - Tue 23 Jan 2018 12:27
*sings*
tralalalala Ryzen
Tralalalallaaaaa Threadripper
Posted by dacusma1992 - Tue 23 Jan 2018 12:52
Gdam had constant reboots for days after the last udpate on my e5440 xeon -.-