Researchers from Imperial College London say they have made a significant step to pave the way for computers based on light instead of electronics. The key change is in the miniaturisation of components needed for on-chip optical computing facilitated by "squeezing light". The research team are proud to report that they have made a significant step forward to realising optical computer chips by reducing the distance over which light can interact by 10,000 fold. 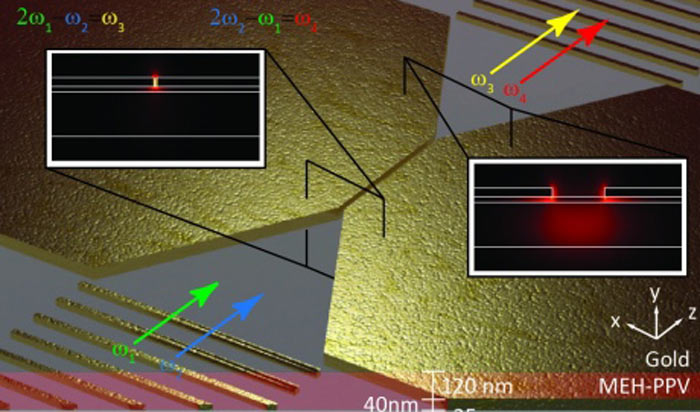 In a pre-amble to discussing the optical breakthrough, the Imperial College London blog outlines the attractions of optical computing. Using light instead of electricity in computer processors is said to be desirable as it can "carry a higher density of information and is much faster and more efficient" and should produce less waste heat, if any. The drawbacks are that we currently need electronics to convert the light data into electricity and vice versa, and light only interacts with particular materials over relatively long distances. Thus light sensors are relatively large components.

With Imperial College London's new technology featuring light squeezing devices the distance over which light can interact with other materials is reduced by the headlining 10,000x. In practical terms this means that devices which may have previously needed centimetres to achieve can now be realised on the micrometre scale, small enough for transistorisation. 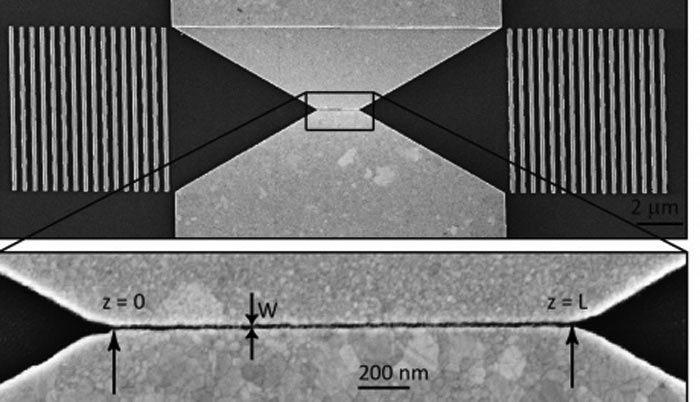 The key technology behind the reduction of scale is a device which squeezes the light into a channel just 25nm wide. The squeezing increases intensity and allows photons to interact more strongly over a short distance (the channel in the test was just 1 micro metre long). One extra advantage of this much shorter travel optical device is that it reduces the chance of light beams of different colours becoming out of step as they pass through.

Read more about the Imperial College discovery on the official blog, or head on over to the Giant nonlinear response at a plasmonic nanofocus drives efficient four-wave mixing publication on Science magazine.