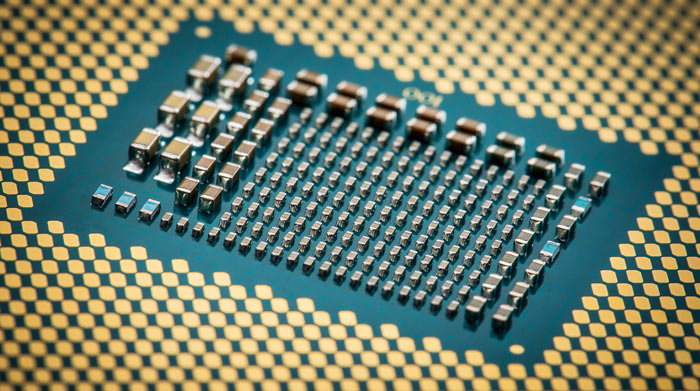 The leaked information comes from a pretty reliable source. The well regarded Aida64 system information, diagnostics, and benchmarking app contains the processor list in its latest beta. Obviously the software developers are readying a release to coincide with Intel's hardware launches. TechSpot reports that the SKU names came to the Aida64 developers ready for an expected processor launch in early 2018. 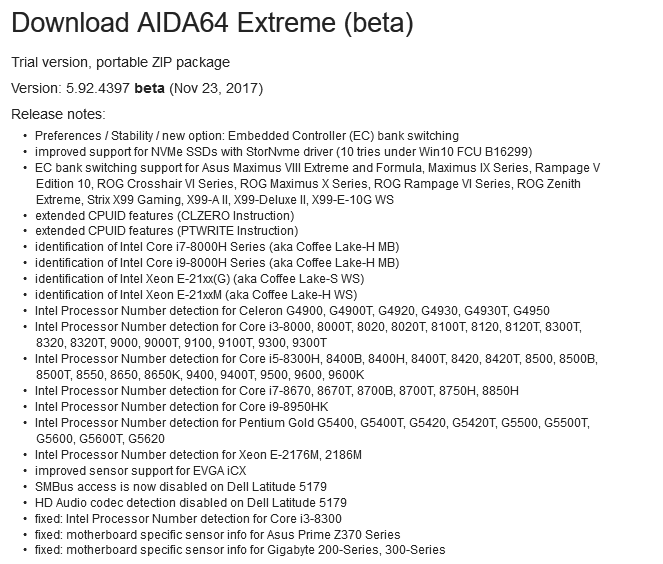 Among the long list of new Intel CPUs above, is one that is particularly interesting: the first Coffee Lake Core i9 chip for laptops. The upcoming Intel Core i9-8950HK will be overclockable and feature a 6C/12T configuration.

Elsewhere in the Aida64 release notes we see mention of the Pentium Gold CPUs. These 'gold' chips are expected to use the Core microarchitecture, while Pentium Silver models are based upon Atom cores.

Looking further down the list you can find various 9th generation processors listed. Unfortunately little is known about these processors. From the suffixes, 'T' usually means lower TDP, power limited, and 'K' means unlocked. It is also not known whether 9th gen processors will be a Coffee Lake Refresh or Ice Lake based.

HW90
I feel like its undeserving of the i9 designation. The mobile i7 normal power parts have always been 4C/8T, just like their desktop counterparts, so any i9 processors should really be at least 8C.

Ark would give you an even better idea ;)

Up to 4th Gen Core, mobile processors came in at least three different flavours, and as many as five or six in some generations. But primarily, there were U, M, and ?Q parts - U being the low voltage 15W parts, M being the standard ~35W parts, and ?Q being ~45W parts. U and M lines were both dual core with HT, ?Q parts only appeared as i7, and were quad core with HT.

OTOH this conversation is a bit moot, because the article flippin' says that the mobile i9 parts will be 6C/12T - which makes sense when they're listed as Coffee Lake rather than Kaby Lake R.

That said, I'm more interested in the i7 8000H series, which are also Coffee Lake - wonder how they'll be distinguished from the i9s? Could just be clock speed, but I do wonder if we'll see those being 4C/8T but with much higher clocks than the Kaby R ‘U’ parts….
Posted by MrJim - Mon 27 Nov 2017 20:14
An overclockable chip in a laptop? What could possible go wrong? ;)