Consumers may desire the thinnest, lightest and most powerful laptop they can afford, but pulling in the opposite direction is the need to adequately cool the processors within. Over recent years manufacturers have managed to admirably shrink down gaming-capable laptops, for example, but some still stumble with respect to thermals. It is a very particular problem as the diminishing returns on much more expensive hardware can easily been eaten away by poor cooling.

Instead of going for brute force cooling methods, which can be heavier and/or noisier than necessary, laptop and mobile makers have been trying other innovative solutions. Last year HEXUS covered the news of the Asus ROG Phone II, Aorus 17 gaming laptop, and Asus ProArt StudioBook One which leveraged vapour chamber cooling technology. Another product development that won big in the buzz word bingo was the Cryorig C7 G low profile cooler with graphene coating. Now it seems like Intel is readying a new laptop cooling solution, to become part of the Project Athena spec which leverages both vapour chamber design plus graphene or graphite.

Taiwan's DigiTimes reports that Intel will announce a new laptop thermal module at the impending CES 2020. It will combine vapour chambers and sheet graphite tech to deliver up to an impressive 30 per cent enhanced heat dissipation, says the industry source from the upstream supply chain. 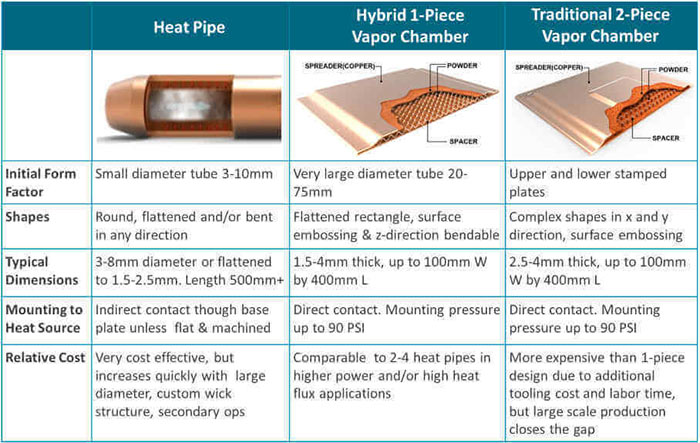 It is noted that vapour chambers are more flexible for designers to implement than heatpipes - due to the greater size, shape and positioning choices of the tech. The DigiTimes report goes on to say that there will be a significant change in the thermal module design. While traditionally the thermal module would be sited below the keyboard and vent out to the back, under-surface of the laptop, it is possible that the new solution will still use up this space but the graphite sheet cooling surface areas will extend through the folding hinge area to use the large surface area at the back of the screen for heat dissipation.

The new thermal module is touted as facilitating more fanless laptop designs, plus helping slim down existing designs, and working well with the upcoming Windows 10X laptops. You should expect Intel OEMs to show off several designs featuring its new cooling solution at CES 2020. However, the graphite sheets implementation currently rules out rotating screen designs.

Meanwhile, Intel has decided to be cautious about investing in foldable screen laptop promotions. Industry sources indicate that it has held back for now - due to both insufficient flexible panel supplies, and the immature state of Windows 10X.

EZLEE
Bring on the Graphene applications.

What are you referring to? Heating applications?
Posted by Corky34 - Sun 29 Dec 2019 18:21
Seeing the nest app on my phone using graphene would be something to behold, next thing we know we'll be able to download entire pencils. ;)
Posted by albert89 - Mon 30 Dec 2019 13:31
I thought Graphene had more potential than this.
Nice to see Intel making inroads into exotic materials.
Its a shame that they didn't turn optane into a 128Gb SSD at an affordable price.