After months of delays and wrong turns the NHS branded Covid-19 contact tracing app for England and Wales finally went live and became available on Thursday. The Android smartphone app, powered by a Google-Apple developed system, had already been downloaded over a million times before the end of the day. We don't have figures for iOS downloads. The app, which uses Bluetooth (and QR codes) for proximity measurements, is a relatively lightweight one at 9.8MB on either OS.

The launch of the new app was described as a "tipping point" by the Health Secretary, Matt Hancock. It has rolled out across England and Wales after successful trials in the Isle of Wight and in the London borough of Newham. Hancock told BBC Breakfast that the more people who download the new NHS Covid-19 app across England and Wales the more effective it will be, describing the action as good "for your community". 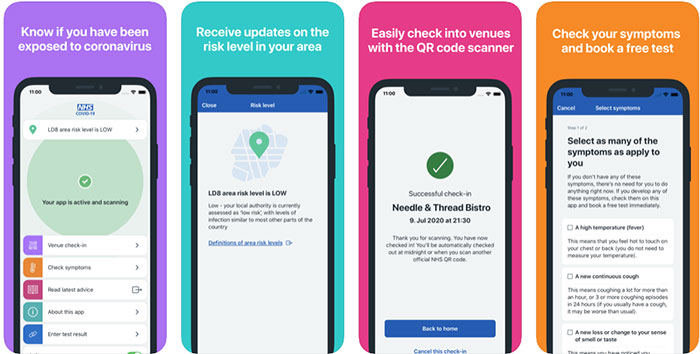 Hancock added that the "vast majority" of people had smartphones that were capable of running and using the NHS Covid-19 England and Wales app. To be clear the Android app requires Android 6.0 or newer (OS first released in 2015), and Apple iDevice users must be running iOS 13.5 or newer. Apple iOS 13.5 is relatively new, being just released in May, but devices as old as the iPhone 6s (released in 2015) will have been prompted to update months ago. Reviews of both the Android and iOS apps look quite favourable.

The app requires Bluetooth to be on, as it exchanges randomised keys while measuring signal strength to determine proximity. The app keeps an anonymous log of people you have been close to. When someone falls ill they are supposed to tell the app, which will send notifications to those who have been in close contact. Then, of course, you should take a test/isolate etc. 160,000 businesses / venues in the UK have QR codes to enhance the app's location awareness.

Ill save you the hassle, 0 Flu deaths in the UK, 40 COVID deaths.

That's the daily reported deaths number. The NHS does not do daily reporting of flu deaths so we don't know how many people died from the flu today/yesterday.