It was scheduled to run from 24th to 27th February but as increasing numbers of exhibitors pulled out the GSMA has cancelled MWC Barcelona 2020. This mobile technology centric show has been running since 2006 and never skipped a beat until now. Organisers, the GSMA, are citing the health and safety of Barcelona and Spain in general as its main concerns. Organisers are hoping that cancelling the event will help keep the spread of the coronavirus, now officially dubbed Covid-19, from the Iberian Peninsula (there are just two known cases in Spain and none in Portugal at the time of writing).

With due regard to the safe and healthy environment in Barcelona and the host country today, the GSMA has cancelled MWC Barcelona 2020 because the global concern regarding the coronavirus outbreak, travel concern and other circumstances, make it impossible for the GSMA to hold the event.

The Host City Parties respect and understand this decision.

The last time HEXUS wrote about MWC 2020 with regard to exhibitors pulling out was due to Nvidia's decision to cancel its presence at the show. Around the same time the GSMA announced enhanced measures for personal health and safety at the show. Cancellations just kept coming though, with huge names like Amazon, Intel, Samsung, Facebook, HMD/Nokia, Sony, Orange, Deutsche Telekom, and Vodafone all deciding it would be wise to sidestep the gathering. 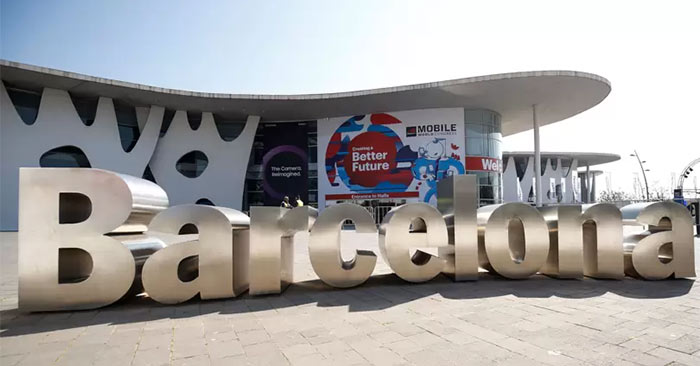 More than 100,000 people usually attend MWC, with about six per cent of attendees travelling from China. The event gives a big income boost to the Barcelona economy in the region of about half a billion Euros - particularly welcomed by the hospitality industry.

If you look at the Covid-19 global data today you will see the encouraging deceleration in infections has spiked upwards as China has "reclassified how they were diagnosing and counting cases," reports Time magazine. Some think that China has undercounted cases since the outbreak started for a myriad of reasons.

Meanwhile the GSMA hasn't given any indication that there will be an MWC 2020 event later this year in Barcelona or other cities like Shanghai or Los Angeles. Rather it states that it will work closely with the host cities "for MWC Barcelona 2021 and future editions". Last but not least, the GSMA extends its sympathies to all those affected by Covid-19.

philehidiot
So a bunch of crows loses their “R”s and suddenly we're all petrified?

The situation on the ground in China is far, far worse than the mainstream media is reporting. I know this because. It's not good.
Posted by Telekloud - Fri 14 Feb 2020 17:42

philehidiot
So a bunch of crows loses their “R”s and suddenly we're all petrified?

The situation on the ground in China is far, far worse than the mainstream media is reporting. I know this because. It's not good.