Intel Vaunt smart glasses are due to be released in an early access program to developers later this year. However, Intel let Dieter Bohn, of The Verge, give its wearable a test run late last year and he shared his findings, and feelings, about the experience yesterday. 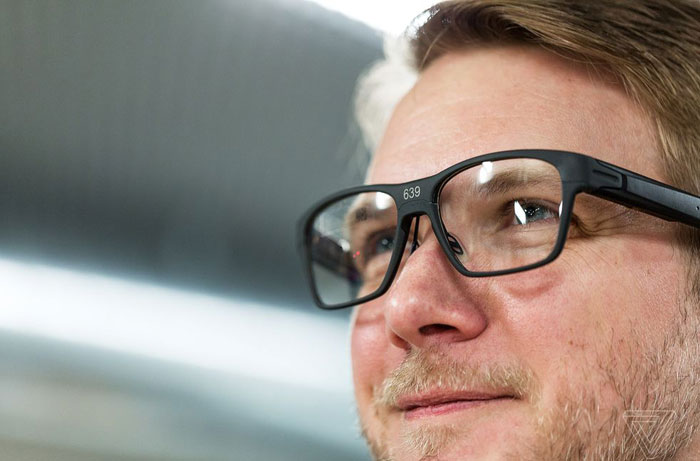 The Vaunt smart glasses are designed by Intel’s New Devices Group (NDG). Bohn went along to NDG’s offices in San Francisco last December, to look at the product (s) and talk to the product designers. Intel thinks head-wearables are an attractive target market but wants to avoid the wearer suffering any ‘social cost’. Hence the designs show minimal outward sign of the built-in tech. Bohn only saw two of the minimal designs at NDG but Intel promised more on the way.

While not so unusual to look at, and not drawing attention to the wearer the tech in the prototype seems to be rather limited at the present time. For example there was no microphone or speaker fitted – so you couldn’t use personal assistance from Alexa or Cortana, for example. There is no camera, or display built into the frames either. However there is a very low-powered laser (technically a VCSEL), that projects information, notifications and so on straight to your retina. The image the wearer sees is monochrome (red), approx 400 x 150 pixels, sent via a holographic reflector on the glasses’ right lens. Bohn was told not to worry about his eye being damaged by the low-power class-one laser.

In the Vaunt glasses test the information shown to the wearer was just pre-canned content in a loop. So all-in-all the prototypes didn’t do much at all during the test, and Bohn was also left unclear on how users will interact with the wearable. He said that at one time he thought head gestures would be key, later in his investigations it seemed like the device wasn’t meant to be interacted with at all but work as a contextual device. 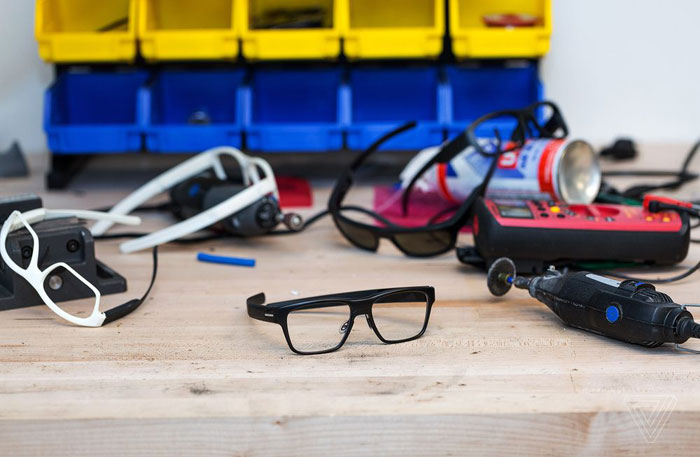 Later this year when developers get hold of Vaunt, push its boundaries and consider its strengths, something cool might come of it. Bohn concludes that “wearable devices need to fit into our lives before they can change them,” and Intel NDG’s ‘less is more’ approach provides a good foundation to build from.

And before someone says, “oh but they can add features to it later” I say you get basic functionality in first and make it look like designer glasses later!
if all it can do is show prerecorded messages now, then it's pointless,
https://www.amazon.co.uk/Expo-Low-Odor-Markers-Ultra-Fine-Assorted/dp/B00I8OBAOU and a pair of glasses a faction of the cost and it comes in a range of colours
Posted by Xlucine - Thu 08 Feb 2018 17:36
Integrating the display is the tricky bit, showing a pre-recorded video is basic functionality*

* Smart glasses basic functionality:
- not make you look like a berk
- have a means to tell you information without you looking like a berk
- fit a few ARM cores and some cellular connectivity somewhere