Over recent months there has been a modicum of chitter-chatter regarding what were once Sony PlayStation exclusive titles coming to PC. Sony has already started releasing some 'PS4 exclusives' on PC, for example it released Horizon: Zero Dawn on PC in summer last year, and it came packing PC enhancements. Then last week Days Gone arrived on PC – stirring talk of what other great PlayStation titles might get distributed on the PC platform.

Now an Investor Relations Day document has shuffled into the public domain, via gaming industry Twitterer Wario64, and it clearly shows that Uncharted 4: A Thief's End is planned for PC release in the not-too-distant future. This highly rated Naughty Dog classic is about five years old so, like Horizon Zero Dawn, it would definitely benefit from some PC platform enabled enhancements to image quality and frame rates. 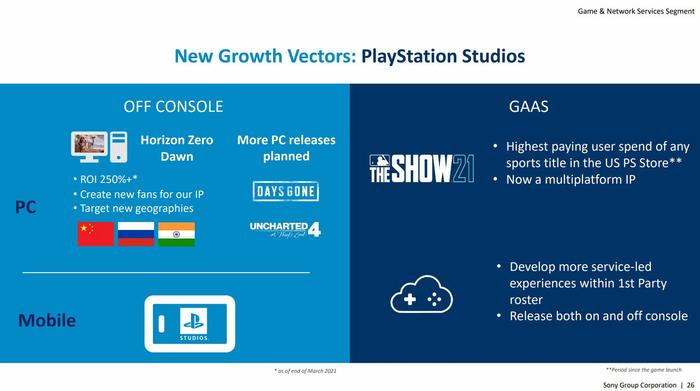 You can see the Sony slide, above, highlights the PC strategy under the heading of 'New Growth Vectors'. PC seems to be a major part of this revenue growth from older IPs strategy, as will be mobile games releases. The PC market won't only add more revenue directly, after the porting effort / expense, but it is also seen as a way of creating new Sony gaming fans, and opening up geographic audiences where there are no modern PlayStation consoles. 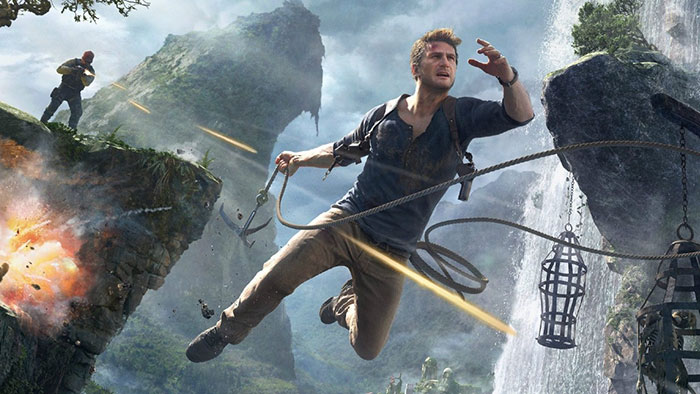 It looks like this news being buried in an investor presentation is a slip-up, so we should get a bigger fanfare  announcement of the PC port from Sony shortly.

What other PlayStation titles would HEXUS readers like to see on PC in the future?

Posted by KultiVator - Thu 27 May 2021 14:01
It'd be good to see the later instalments of God of War on PC.
Posted by Usernamist - Thu 27 May 2021 21:34
Give me Spiderman plz
Posted by Korrorra - Thu 27 May 2021 22:14
Rather have 1-4 instead of just 4. At least it's something. Weird choice to start at 4 though. Hopefully 1-3 comes later.
Posted by fend_oblivion - Fri 28 May 2021 04:29
After exhausting sales on their consoles, Sony ports their exclusives to other platforms to maximize their sales. This is genius in comparison to what Microsoft is doing. Microsoft releases their games on both their consoles and PC at the same time, thereby killing any point of owning one of their consoles.

I'm glad Sony is porting their games to PC. Now more gamers can jump in and enjoy :)
Posted by Spud1 - Fri 28 May 2021 09:37
Good news. I have zero interest in owning a PS4 or PS5, so it's great that I can finally play some of the better games on that platform without spending money on a console just for one or two games.

I do wish they took the MS approach of releasing them at the same time and eroding the outdated exclusivity approach, but is not likely to happen sadly.

Still all good in the end. Really enjoyed Horizon and currently working through Days Gone - will be great to finally be able to play Drake too ;)