Cold Iron Studios has announced that its co-op survival shooter set in the Aliens universe is coming in "summer 2021". The developer first announced that it was working on a game in this iconic franchise back in 2018, keeping under the radar until now with just a few months left until the game is ready to play.

Aliens: Fireteam is, as you can see from the video above, a third-person perspective co-op shooter. You will face hoards of aliens (20 base types - with various behaviours, strengths and weaknesses) with your high firepower squad, and the video teases some more formidable xenomorph enemies (11 variants) too. 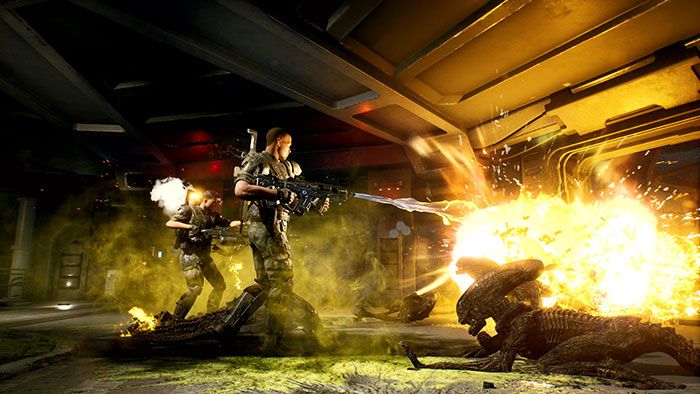 The game is going to be fully online, to cater for the co-op play style that is encouraged. If you want to play 'solo' you can be joined by two AI teammates. To add depth, there are five character classes we know of so far; the gunner, demolisher, technician, doc, and recon. Typically, the classes have their own special abilities and RPG style skill tree progression, helping you experiment with particular character builds and to overcome tougher enemies later in the game. For further appeal there are 30+ weapons, 70+ mods/attachments, perks, load-out options and so on – game features you will be familiar with from similar titles. 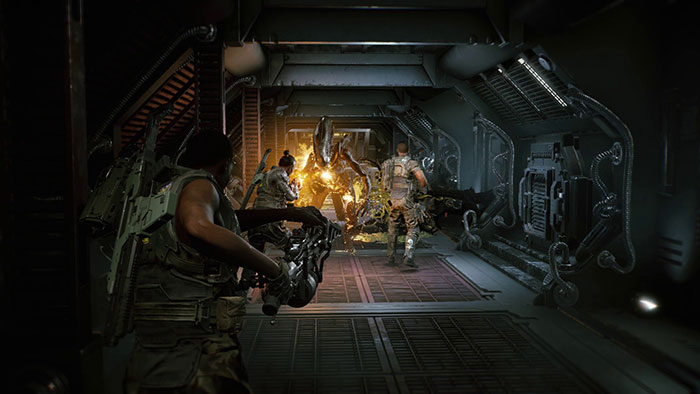 Aliens: Fireteam is coming to PlayStation 5, PlayStation 4, Xbox Series X, Xbox One, and PC Steam. Sadly for Aliens enthusiasts, I don't have a more precise release date, or PC recommended specs to share at this time.

First impressions of gameplay reminds me of Space Hulk - Deathwing, another game in which you play with a “squad”. And single player is with a squad made of AI characters.

Also, what makes it “next gen” exactly (other than it's released on PS5 and Xbox whatever!)? Looks pretty standard for current gen to me.
Posted by Spud1 - Wed 03 Mar 2021 13:08
Looks interesting enough - it's a shame it's 3rd person only though..but guess we'll have to see how it turns out when we get to play it. Key question for me is if they can get some semblance of a ,good Alien story into this, or will it just be horde mode on different maps.
Posted by Ttaskmaster - Wed 03 Mar 2021 16:24
As a dedicated fan of Aliens, and the franchise in general, I feel very ‘Meh’ about yet another generic game type that has simply been reskinned to facilitate shoehorning into the moneyspinner.

I stand open to being impressed by anyone that dares it, but remain on an express elevator to Hell and ready to drop with a Cheyenne full of rants and gripes about world detail inaccuracies!!
Posted by Nifl - Wed 03 Mar 2021 16:49
God please no…. NO!