Building anticipation for the VR update, Neumann told viewers that Asoso have been working on the flight sim's VR implementation for over a year already. The simulator running with HMD on is "the single most immersive experience I've ever had," said Neumann.

There are quite a few conditions to be able to join the closed beta VR program, but overall it isn't a very complicated process. If you head on over to the dedicated Microsoft Flight Simulator VR closed beta information page you can see a bullet point checklist of requirements as follows:

Windows Mixed Reality headsets have been chosen for phase 1 testing and this category includes HMDs like the Samsung HMD Odyssey+, Lenovo Explorer Headset, and upcoming HP Reverb G2. Hopefully Phase 2 of testing will include some more popular HMD choices. Moving on, your DxDiag data will enable the devs to basically verify that you meet the minimum spec in the .txt file it optionally generates. Lastly, the NDA asks you to agree not to share or describe photos, videos, or audio recordings of the beta test game and make sure no one watches you playing. 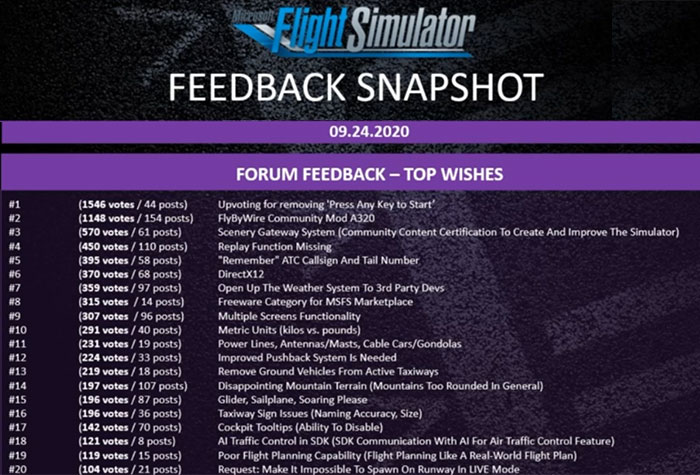 In other news Asobo is busy rolling out handcrafted improved landmarks and airports. Sometime in November, Sim Update 1 will arrive to address simulation improvements and issues raised by the community (see feedback screenshot above). Further into the future the developers say they will implement DLSS and ray-tracing (via DirectX12), and add a freeware section to the in-game marketplace. If you are already a Microsoft Flight Simulator fan it might be worth setting aside an hour to absorb the full Q&A.