343 Industries has surprised with the launch of Halo: Combat Evolved Anniversary for PCs. This is a remaster of the original Halo campaign and includes a choice between classic game graphics and a "fully enhanced" version. PC gamers can now play this iconic title with an unlocked frame rate, ultra-wide monitor support, 4K UHD support, and more. 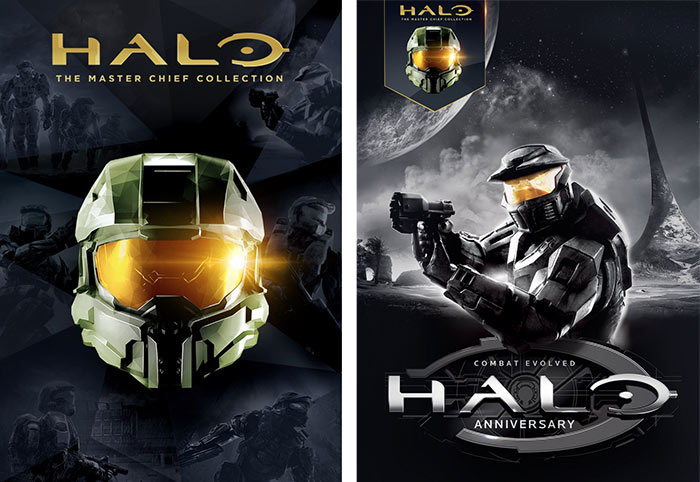 Until now PC gamers had to settle for playing the original Halo: Combat Evolved from 2003, while console gamers gloated over their fancy updated graphics from the 2011 Xbox Anniversary remake. However, the PC version now available as 'Halo: Combat Evolved Anniversary' will turn the tables with support for the following:

Halo: The Master Chief Collection is required to play the (digital only) Halo: Combat Evolved Anniversary. You can get this game via the Xbox Game Pass for PC (Beta), Windows 10 PC and Steam.

Microsoft says that its Xbox Game Pass for PC subscribers will include: Halo Combat Evolved Anniversary and Halo: Reach today as part of Halo: The Master Chief Collection. Furthermore Halo 2: Anniversary, Halo 3, Halo 3: ODST (Campaign), and Halo 4 are also included in your membership. 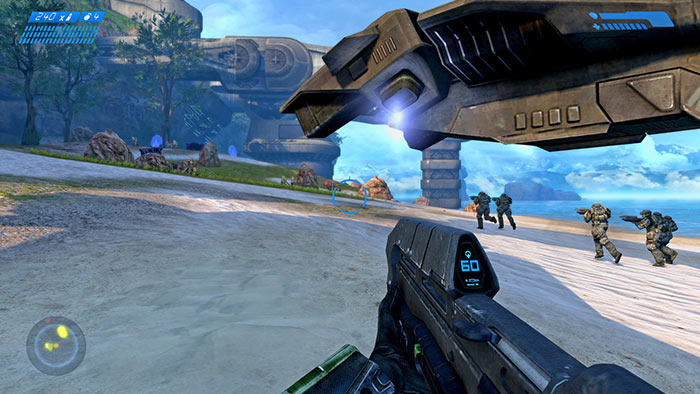 If you would prefer to buy the game you can get this Anniversary title as part of the Halo: The Master Chief Collection bundle which costs US$39.99 / GBP£29.99. Steam appears to allow one to buy the Halo: Combat Evolved Anniversary edition on its own for $9.99 / £6.99 but it says it requires the base game of Halo: The Master Chief Collection in order to play.

Posted by Ttaskmaster - Wed 04 Mar 2020 11:35
I already have the Collection bundle, so should get this appearing on my Steam account.
Haven't yet managed to play the first one, though. Nasty Epic keep giving me free games to play…! :D
Posted by KultiVator - Wed 04 Mar 2020 15:25
Careful Ttaskmaster, you'll rile up all the “Epic-are-evil” haters out there.

Didn't notice anyone crying about ASUS having timed exclusivity on the new Ryzen 4800HS CPU, despite the striking parallels.
Posted by KultiVator - Wed 04 Mar 2020 22:39
Played through the first few chapters of the Halo C.E. campaign… feels quite nostalgic, but does look dated even with all the ‘Remastered’ elements in place.

Didn't recall just how repetitive some of the early levels really are… about 200 corridors that all look identical when you first board the covenant capital ship to rescue the imprisoned captain.

It definitely illustrates how far gaming standards have moved on over the past decade and a half.
Posted by blokeinkent - Wed 04 Mar 2020 23:13

KultiVator
It definitely illustrates how far gaming standards have moved on over the past decade and a half.

Yes it certainly does. You can press the Tab key during gameplay to switch between the original and enhanced render and my god I forgot how rough the original looked.
Posted by Zhaoman - Thu 05 Mar 2020 10:19
The original looks rough now but this isn't helped by the 2003 PC port by Gearbox which all subsequent versions are based on. A lot of important effects like bump mapping, fog and lighting effects were not retained and they have not put these back even for the MCC edition. So what you are seeing is hobbled graphically compared to the original Xbox version.

I remember thinking Halo CE looks rough when playing on MCC but actually the original Xbox version looked much better which is now lost which is a shame.