Ubisoft and Blue Byte's upcoming city building real-time strategy video game, Anno 1800, is only a fortnight away from its release on the PC. If you are raring to play this newest Anno RTS release, there are a couple of news nuggets that you might be interested in. First of all, Ubisoft has listed the minimum and recommended PC system requirements for the game, and secondly Anno 1800 is set to be removed from Steam at launch and be available from either the Epic Games or Ubisoft Stores only. 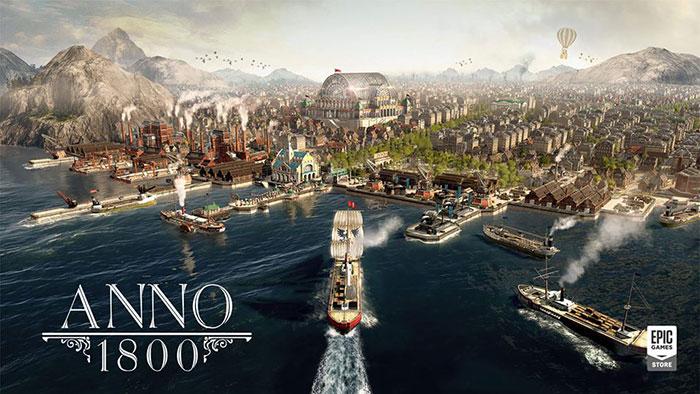 These PC system requirements are not surprising to behold, with a minimum quad-core CPU recommended. Below you can see the official recommendations for both 1080p low at 60fps, and 1080p high at 60fps. Sadly, there are no 1440p or 4K recommendations provided.

Run out of Steam

Currently you can pre-order Anno 1800 on Steam. However, after the launch date of 16th April it will not be listed on Steam anymore, but only be available digitally for PCs via the Epic Games Store or Ubisoft Store. An announcement from Ubisoft adds that "Pre-orders on Steam can be made until the release of the game. Everyone who pre-ordered Anno 1800 on Steam will be able to play the game upon release and will automatically get all future updates and content."

If you are interested in the open Beta, which runs from 12-14th April, you will also have to grab Anno 1800 via Epic Games or Uplay. The finished game will be available in Standard and Deluxe Editions. 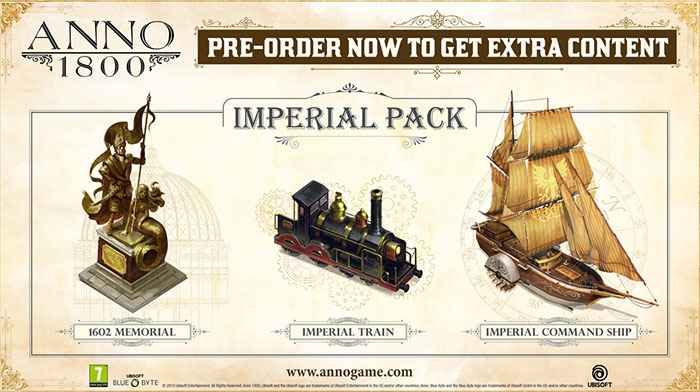 Epic seems to be increasingly aggressive at snatching these 'exclusives'. In other news we covered this morning there are indications that Borderlands 3 will be an Epic Games Store exclusive - and who can blame developers with the more generous slice of profits available. Epic has signalled that these exclusivity deals are only to get its store established and are not part of its long-term strategy.

Posted by Lord Midas - Tue 02 Apr 2019 13:49
Pretty game.
I got Anno 1404 recently in a Steam sale, just to get my fix before this comes out. Only to find I'd already played the hell out of it years ago :D
Posted by cheesemp - Tue 02 Apr 2019 14:56
This ‘Epic Games Store exclusive’ is getting pretty crappy. I don't want the Epic games store. I've got several competitors already (GOG, Microsoft store (gamepass) and twitch) and don't want another to lose track of. Make it cheaper on the Epic games store if you like but don't expect me to switch. I like buying at the best price on HB, Fanatical etc then just applying the key to steam to keep my games all in one place. The fragmentation of gaming stores is getting just as bad as streaming now…
Posted by Wrinkly - Tue 02 Apr 2019 17:20
The only requirement these Epic exclusives have are a VPN and a torrent client.
Posted by EvilCycle - Wed 03 Apr 2019 00:01
If Epic want exclusives to tempt people to their store, they better get developing more games as simply snatching third party games is rubbing up the consumer the wrong way.
Posted by PC-LAD - Wed 03 Apr 2019 08:46
People need to accommodate change, as much as people don't like having multiple launchers to manage. It's not like it takes much of a thought process. I have all my launchers disabled at startup and if i want to play a game, I'll do a limited bandwidth download whilst playing a local game or an esports title. What are the real downsides other than having everything in somewhere that isn't one place. The Ability to have a variety of platforms provides external and external pressure/competativeness. Both of which benefit the consumer by in the case of epic games we are able to see developers grow their game engines and provide us with better and more emersive experiances.