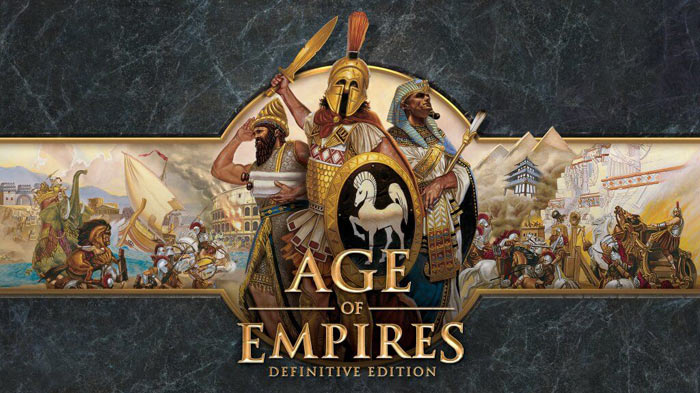 The anniversary came and went without the previously trumpeted release. Now we have a new firm date from Microsoft - 20th Feb 2018 - for the worldwide release of Age of Empires: Definitive Edition for Windows 10 PCs.

As a reminder, the Age of Empires: Definitive Edition is a remake of the classic RTS, aiming to retain all the fan-favourite features, feel and gameplay of the original. At the same time the developers have updated the game engine with "top notch audio-visual presentation" and introduced popular modern features such as an in-game tech tree. Microsoft highlights the following improvements it has completed: 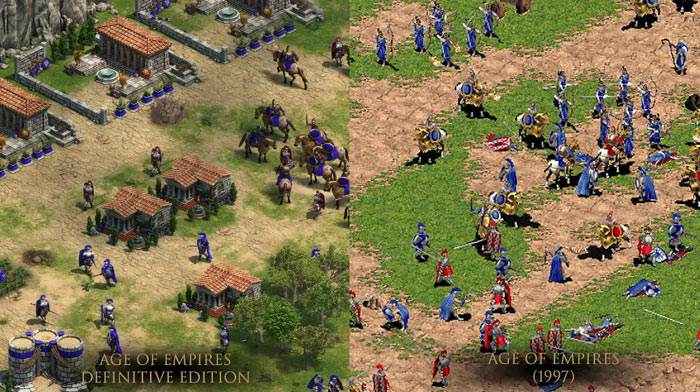 As headlined, the Age of Empires: Definitive Edition will go on sale worldwide from 20th Feb, at $19.99 USD or local equivalent. If you want a taste of the action earlier, Microsoft is opening up the multiplayer beta to 100,000 more players worldwide starting 29th January. You can sign up for the beta (please do so before 25th January) and get more info at AgeOfEmpires.com.

Posted by Ozaron - Fri 19 Jan 2018 15:17
Windows Store only, if I was properly informed. Ugh. Hope they don't do the same for AoE 4, though I might brave it for that one. Still artificially locks out a lot of potential players for no reason.
Posted by kmantere - Fri 19 Jan 2018 15:21
If it's only available through the Windows store I won't be buying it. I can somehow tolerate Steam games, but damn, do I miss the days you could find games in real stores with the actual physical media. There it seems PC gaming has died long ago.
Posted by deepblue08 - Fri 19 Jan 2018 19:05
I loved this game and will probably try this out. Steam, blizzard, ms store…same thing to me. I agree that this ‘digital store’ trend is taking away from the experience of going out to the store and lining up for the newest games. But hey, now you can spend money on games even faster.
Posted by aniilv - Sat 20 Jan 2018 00:22

deepblue08
I loved this game and will probably try this out. Steam, blizzard, ms store…same thing to me. I agree that this ‘digital store’ trend is taking away from the experience of going out to the store and lining up for the newest games. But hey, now you can spend money on games even faster.

steam,origin etc is not embedded in your os, where as if you sign in to windows store windows suddenly assigns a “buyer” tag to your os and it will get flustered with gaming ads in menus, telemetry recording and sending away your every move and windows in general thinking i somehow want to sign in using an online email and password instead of local user logon

yes, you can disabled that,later on… but that's only there as an afterthought. i used that store once, and never again will i make a mistake of giving my details to windows os