Oculus has announced that it will be kicking off its inaugural games showcase event on 21st April. It is a little over a week away, next Wednesday, but you don't have to do anything to prepare or arrange travel or a hotel to see it as pandemic precautions continue and the event is streamed online on YouTube, Twitch, or Facebook. Live streaming begins at 3pm PT (11pm the same day in the UK). 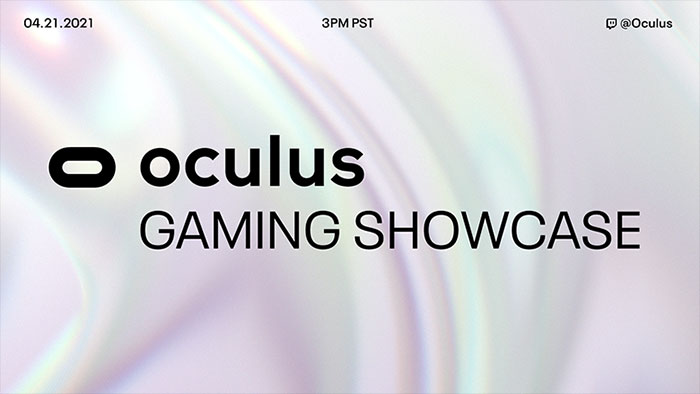 On the event announcement page, Oculus highlights the fact that the Oculus Gaming Showcase is the "first event wholly dedicated to the stellar games across the Oculus Platform". As is common with these types of events you should expect news of updates on fan-favourite titles, as well as new footage from games in the pipeline and a few surprises.

Getting a bit more specific, Oculus says that "Cloudhead Games, Ready At Dawn, and ILMxLAB are just a few of the developers participating, with news to share on Pistol Whip, Lone Echo II, and Star Wars: Tales from the Galaxy’s Edge".

Whether you are a seasoned VR gamer, just getting into VR, or still waiting for that killer app or game, it is probably worth a look at the Oculus Gaming Showcase next week. I am in the latter camp, but very willing to be swayed as the tech matures and is getting more accessibly priced (but would rather not have a Facebook account associated HMD). If there is anything particularly interesting unveiled at the show it will be reported here on HEXUS.