Facebook made a number of VR orientated announcement sat Facebook Connect yesterday. The key reveal of the show was the new Oculus Quest 2, its next generation of all-in-one VR headset, with new Touch controllers and highest resolution display ever. Going forward there will be no more PC-specific HMDs like the Rift S from Facebook / Oculus, instead they will ask users who want to enjoy PC-accelerated VR experiences to use the Quest HMDs combined with an Oculus Link interface.

Inside the new Oculus Quest 2 is a Qualcomm Snapdragon XR2 SoC, which is said to provide a multi-generational leap in processing power with enhanced AI capabilities. The processor is backed up by 6GB of RAM. It will be made available with 64GB or 256GB of on-board storage for $/£100 difference. Another significant uplift with the Quest 2 is the new display with 1832 x 1920 pixels per eye - 50 per cent more pixels than its predecessor. Furthermore, the display is capable of 90Hz refresh. 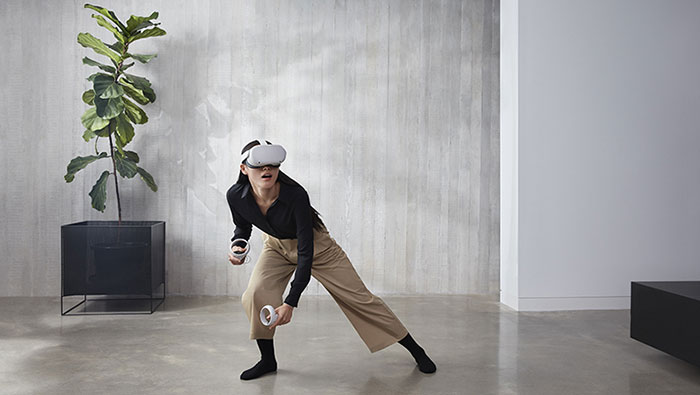 Oculus says it has improved the Touch controllers, based upon the original designs but with better ergonomics. Controller tracks has been optimised for efficiency and this tweak has extended the controller battery life by 4x.

In the intro the announcement that the Rift headsets were being phased out (by 2021) might have caught your attention. Going forward Facebook / Oculus will concentrate on this Quest wireless experience. However, a PC-accelerated (wired) experience will be supported on the Quest via Oculus Link cable and this flexibility is asserted to be "the future of VR," by Facebook. Oculus Link will exit beta shortly with better fidelity and 90Hz support and its added games and features will be folded into the Quest UI.

On the topic of high-end PC VR experiences, Oculus was pleased to showcase both Lone Echo II and Medal of Honor: Above and Beyond. 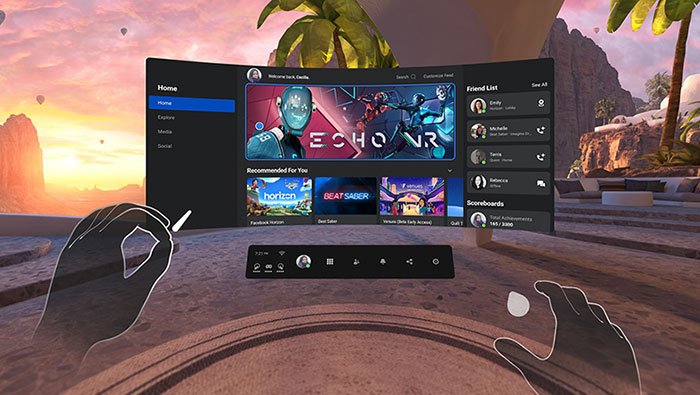 The Oculus Quest 2 is up for pre-order now direct from Oculus or from the likes of Currys PC World and FNAC Darty in the UK and EU, Best Buy, GameStop, Target, and Walmart in the US, and Amazon worldwide. It will be in Japanese retail for the first time too. Its launch price of US$299 is $100 lower than the original Quest. Shipments begin on 13th October.

Posted by LSG501 - Thu 17 Sep 2020 11:19
NO… no way I'd be letting something like this into my house that is forcing a facebook login, same goes for the ‘smart glasses’ they showed off which I'm sure would be happily sucking up all that extra information for facebook to sell.
Posted by Jonj1611 - Thu 17 Sep 2020 11:21
Indeed, its a sad day, I loved the Oculus but facebook, no thanks
Posted by 3dcandy - Thu 17 Sep 2020 11:58
They are owned by facebook so it was inevitable
Posted by siu99spj - Thu 17 Sep 2020 12:15
Same here. Love the price and capabilities, but a Facebook login? No thanks. Which is a shame because VR has the potential to be great. Facebook involvement? Not so great. I thought that at the time they bought it and now it's just playing out as I thought it would.

And yes, if you go looking, I did/do have a Facebook page (Mainly because the wife kept tagging me in photos and hated having to type my e-mail address rather than my name). But the last time I used it or logged into it? That was years ago, literally.
Posted by cheesemp - Thu 17 Sep 2020 12:44
I get the sentiment guys, but you do know facebook tracks you through other means whether you have an account or not. See https://www.indy100.com/article/data-facebook-has-on-you-even-if-you-dont-have-account-mark-zuckerberg-8316786

It's depressing how hard it is to be anonymous online nowadays.