Nintendo is readying an upgraded 4K Switch console for 2021, says a new report from Bloomberg. At the present time Nintendo still can't make the current gen machines fast enough but will be very aware that things could swing dramatically, in a bad way, with pressure from various games industry rivals (rival next gen consoles, mobiles, etc) and other factors at play. 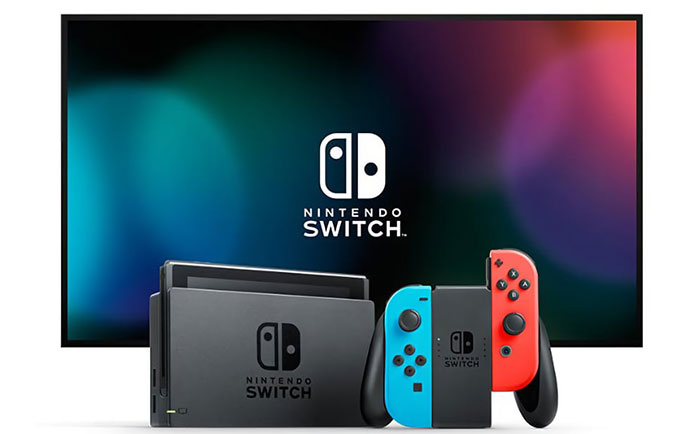 We don't have a lot of details about the console capabilities from Bloomberg's 'people briefed on the strategy'. What they do say is that the new Switch will wield greater computing power and be a better match for the increasingly prevalent in homes 4K TV.

As an upgraded Nintendo Switch console, rather than a new generation device, one must assume that Nintendo will continue to rely on an Nvidia design SoC. It is hard to predict what an upgraded Tegra of some kind would offer, but knowing Nintendo's MO it will definitely not be threatening the kind of graphical detail and frame rates we will see delivered at 4K by the likes of the Xbox Series X and PS5.

The unnamed sources indicate that, this year might have been relatively quiet for first and third party Switch titles but that will change in 2021 with the introduction of the 4K Switch. This kind of explains the current software lull - development resources and time. 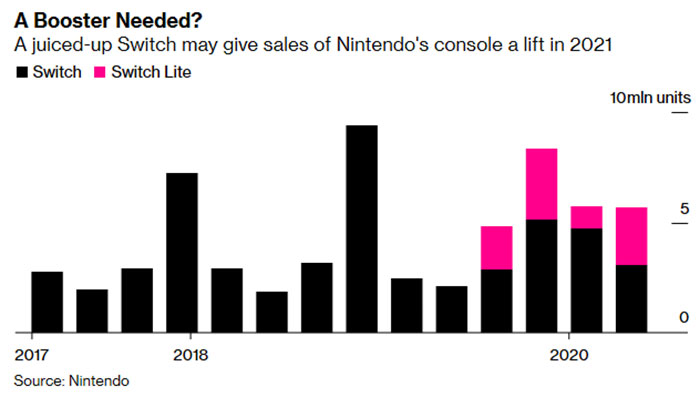 Nintendo's Switch popularity this year has been spurred by the Covid-19 pandemic; kids staying at home, and older folks working from home. Above I noted that Nintendo has struggled with console production (though it is tackling this issue) but its software, which can be distributed digitally, has continued to deliver a steady stream of income. For example, Animal Crossing: New Horizons and its record breaking sales figures has helped boost Nintendo's share price by 70 per cent since March.

Posted by chj - Tue 25 Aug 2020 13:06
I'm glad it's an upgrade and not a change in form factor since it works well as it is. Regardless of it competing with other consoles, a buttery smooth frame rate at 1080p would be great rather than how it currently chugs with some games. The current switch uses a 16nm Maxwell based soc so hopefully there'll be a nice uplift in performance/efficiency.
Posted by Spud1 - Tue 25 Aug 2020 16:45
I really hope they don't push for 4k. Even the best of the best PCs cannot reliably do 4K at sensible framerates yet without making huge compromises, and the magic of the switch is that it's low powered and well optimised. Keeps it (relatively) affordable and very portable, which is the main reason I have one and use it way more than my other consoles.

As above, I would much rather they focus on 1080p - reliable 1080p 60FPS is hugely better than 4k30……4k is still very much a marketing gimmick at the moment when it comes to gaming. Nintendo have a history of not falling for such wheezes, so fingers crossed the continue that pattern :)
Posted by AnonAnon - Tue 25 Aug 2020 16:52

Spud1
Nintendo have a history of not falling for such wheezes

Right, just like 3D. Ignoring the 4k headline, boosts in performance are always welcome. However, my concern is still devs/studios not optimising their games (looking at you Pokemon) even when there is a hardware update. Higher frame rates like 60 FPS are definitely more welcome than 30 FPS.
Posted by Spud1 - Tue 25 Aug 2020 17:00
Maybe I'm the only one, but I still don't see glasses free 3D as a marketing gimmick or an impractical thing - I still have my 3ds and still use the 3D mode. No headaches etc for me and i really enjoy playing that way.
Posted by excalibur1814 - Wed 26 Aug 2020 11:57
They might fit a small 4k screen, but the games could still run at 1080p. Marketing is then happy and people will still buy. “Ooohh 4k!”