As per the rumours over recent months, Nintendo has launched a new smaller, lighter and cheaper Switch console. The new Nintendo Switch Lite is summed up by Nintendo as "a compact, lightweight console that's dedicated to handheld play." That statement highlights the appealing size and weight reductions, enhancing portability - but hints at a big drawback - that this device "does not support output to a TV".

The new Nintendo Switch Lite supports all current Switch software that can be played in handheld mode, which is almost all of the titles available. If uncertain you can check the web page for any particular title you are interested in or look at your physical game card box for the handheld mode symbol. 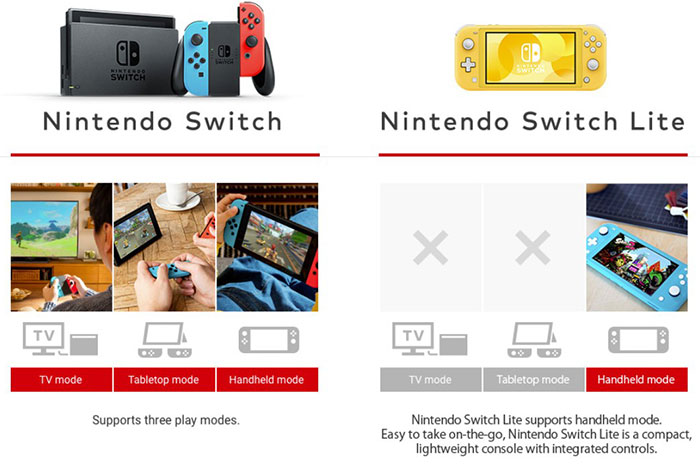 Though the internals sound like they are unchanged in spec, the Switch Lite has better battery life in Nintendo's tests. It says that battery life is about 6 hours+ depending on usage, which is the same as the original Switch in handheld mode. However, Nintendo says The Legend of Zelda: Breath of the Wild can be played for "roughly 4 hours on a single charge," which is an hour longer than on the original untethered console. 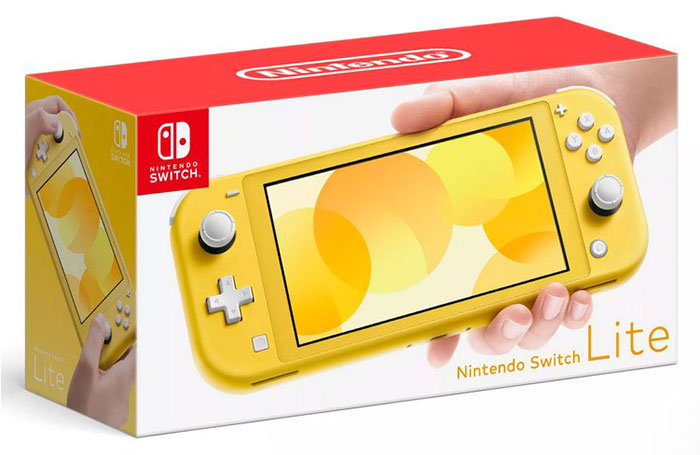 The new Nintendo Switch Lite is due to arrive in stores from 20th September, priced from US$199 (approx GBP£160 at today's exchange rate, but we don't have official UK pricing at hand). 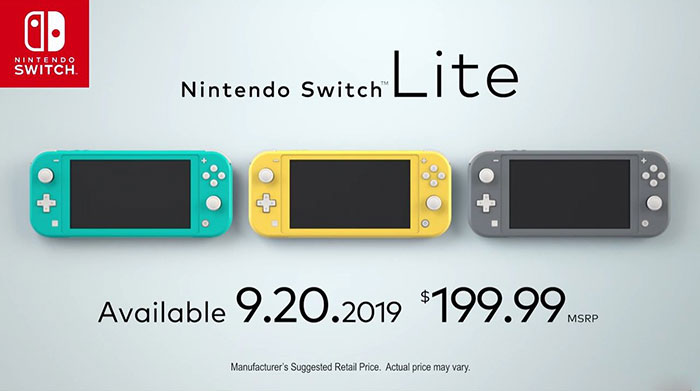 In a related report published by The Verge, Nintendo denies that the arrival of the Switch Lite means the end of the 3DS line of handhelds. "We'll continue to support our 3DS family of systems as long as there is demand," said Nintendo of America president Doug Bowser. It must be remembered that the 3DS line has a much lower starting price, with the entry level 2DS handheld available from $80.

Posted by Yoyoyo69 - Wed 10 Jul 2019 17:34
Still overpriced unfortunately
Posted by philehidiot - Wed 10 Jul 2019 18:54
Looks like they intended to put the full sized screen in there and downsized at the last minute. Guessing the BOM needed to be cut to make the margins work. Then they'd already made the moulds potentially and just changed the CAD stuff to chop a smaller hole? Or did they not want to go back to redesigning moulds at higher cost and so stuck with just making the hole smaller?
Posted by Spud1 - Wed 10 Jul 2019 19:22
I can see this being a good option for some people - very much a replacement for the DS line imo, particularly as despite the list price of $199+tax (so likely around £200 in the UK, with vat) I think we'l start to see bundles at that price fairly soon making the actual console around £170-£180 on its own.

Personally, 80% of my switch gaming is handheld so this certainly isn't a daft idea and the addition of a real D-PAD would be very welcome. Not something I will personally buy (no need when I have a “normal” switch already) but I expect they will see some decent sales.
Posted by Wozza63 - Wed 10 Jul 2019 19:33
Got me tempted. Shame you can't use type-C to HDMI by the sounds of it.
Posted by AGTDenton - Wed 10 Jul 2019 20:26
Maybe a Christmas release for a Pro?