Valve has decided to discontinue the Steam Link hardware solution. In a brief community bulletin yesterday, the firm noted that the "Steam Link hardware (is) almost gone". It went on to explain that it had no Steam Link HDMI boxes left in Europe and only a few in its US based inventories. This device has been sold off at great discounts over the last year or so and now Valve has the Steam Link app (Android) which offers similar Steam content streaming functionality. 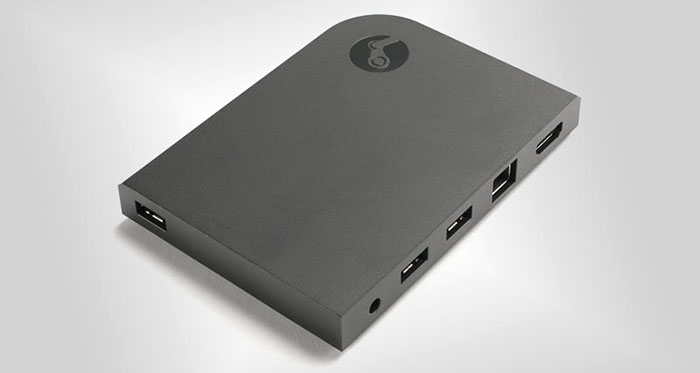 As a reminder, the Steam Link hardware "allows you to stream games from the Steam Library on your PC to any TV in your home". The portable-HDD sized device offers the following key specs to make streaming of Steam content to your TV easy and swift:

One way of simply describing the above box would be as an Ethernet/wireless HDMI adaptor for your PC. Though primarily intended for Steam gaming, users could put various "non-Steam games" or apps into their Steam library for big screen consumption. Users can minimise the Steam interface too - for streaming other content from the Windows desktop 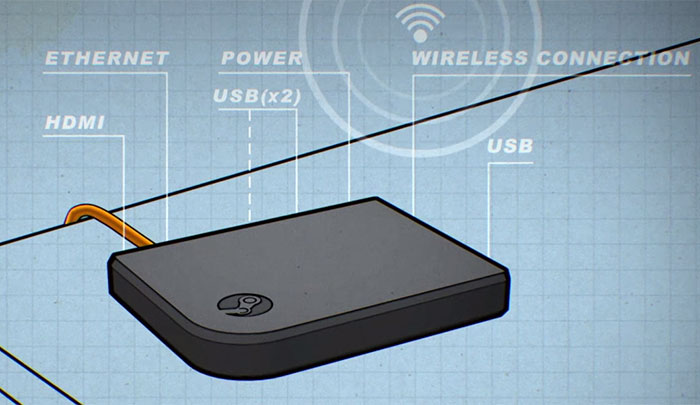 If you have bought and regularly use a Steam Link box, Valve has some words of reassurance. It says it will "continue supporting the existing Steam Link hardware," alongside its development of the software version of the Steam Link which isn't reliant on its own brand hardware solution.

Currently a Japan exclusive, this retro 2xAAA battery portable sports a 1.15in screen.

Posted by chj - Tue 20 Nov 2018 10:45
Got it on their sale for around £5, and found it to be great. Easy to play games on the couch, supports lots of controllers (I use my wireless ps3 controllers, can even use ps button to switch on) and big picture makes it simple to browse games.

My tv isn't far from my router so my experience has probably been better than others but I don't know why these aren't more popular.
Posted by Jonj1611 - Tue 20 Nov 2018 10:49
Its a good concept if the network can keep up. I used to have one but now the app is built into my TV so can use it there if I wish to. However its only two player games suited for a TV that I play, usually games with my daughter, Lego etc, Overcooked which are suited well to it.
Posted by spacein_vader - Tue 20 Nov 2018 12:18

Jonj1611
Its a good concept if the network can keep up. I used to have one but now the app is built into my TV so can use it there if I wish to. However its only two player games suited for a TV that I play, usually games with my daughter, Lego etc, Overcooked which are suited well to it.

Agreed. It's brilliant with the kids, a couple of Xbox pads and something like Overcooked. WiFi performance isn't great but if you can get ethernet to it it's brilliant.
Posted by Dashers - Tue 20 Nov 2018 12:48
Bah, I didn't know they were ending these, I would have got another. The one I use is fantastic. I use it frequently to stream games to my lounge.
Posted by Ballantin - Tue 20 Nov 2018 13:35
I tried to get one not long ago and was unable to. A pity, I think it was a great device.