We wrote about the introduction of the Nintendo Labo cardboard accessory kits back in January. Designed to inspire gamers to 'make - play - discover', there are several component kits such as the Variety Kit and the Robot Kit, facilitating lots of projects to be created, modified, tested, and played with. To make their inventions operate the way they desire users take to the Toy-Con Garage. When the project is ready to go users are encouraged to decorate (paint, stickers etc) the cardboard to give it a finished look. 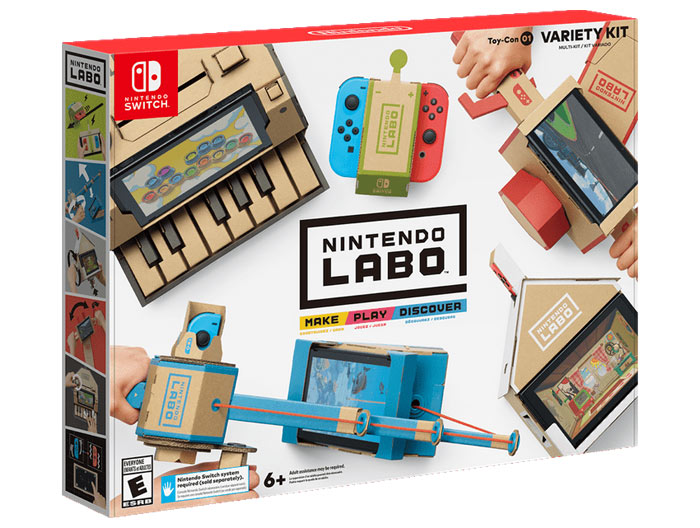 Last month Nintendo announced its first Labo creation contest, asking users to come up with musical instruments and games to impress. This weekend Nintendo shared its carefully selected winners in a number of categories; Best original invention, Best Toy-Con mod (using Toy-Con Garage), and Best decorated Toy-Con. Three winners were picked from each category and Nintendo explained the prize-worthiness and shared demo videos of them all.

The original inventions included 'Labo Tea Time', a cute game with a cardboard teapot and "high production values, clean node arrangement, funny tea names". A solar powered accordion also won accolades with an ingenious, clean and precise design plus a speaker extension. 'Don't Break the Line' is a creation which is particularly interesting as it includes a coin slot, and can dispense candy rewards…

Among the other prize winning entrants were a customized Toy-Con Piano with rather intricate Zelda decorations constructed using origami and clay modelling techniques. A Toy-Con tree house was another stand out design with the cuteness set to level 11. Toy-Con Garage tweakers managed to create games and functional objects such as a clock, Simon says game, and a react to the lights game. 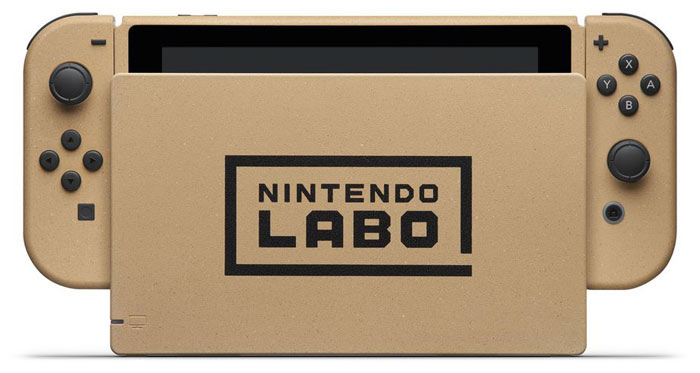 The nine prize winners will be feeling pretty good for receiving these Nintendo accolades. As well as having their creations being featured by big N, there is the keepsake of an exclusive cardboard colour Nintendo Switch (see image above) that will be theirs to enjoy.