Nubia, an offshoot of ZTE, has shown off a fascinating new gaming smartphone at MWC 2018. HEXUS readers were pretty intrigued by Razer's recent efforts in this segment, so it will be interesting to hear your thoughts about this very new prototype. To briefly summarise this Nubia gaming smartphone, it is a sports car design influenced device with an excellent choice of modern components, and an active cooling quad-fan array. 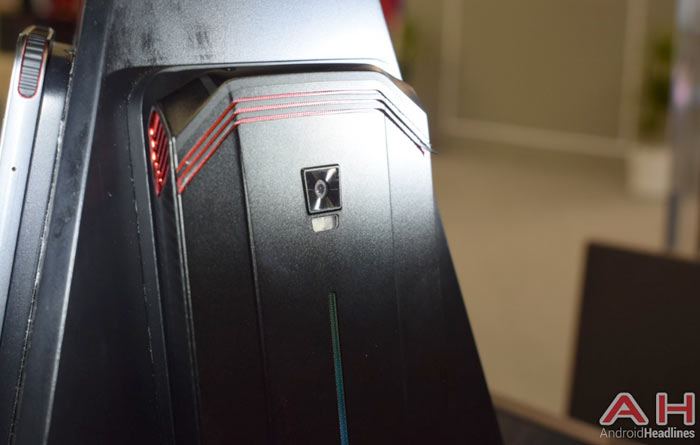 Mobile centric site Android Headlines (AH) managed to get some hands-on time with the new gaming handset. From one of AH's better photos you can see a close up of a corner of the Nubia with a sports car style air vent.

At the show Nubia reps said the supporting hardware powering this gaming phone included the following: 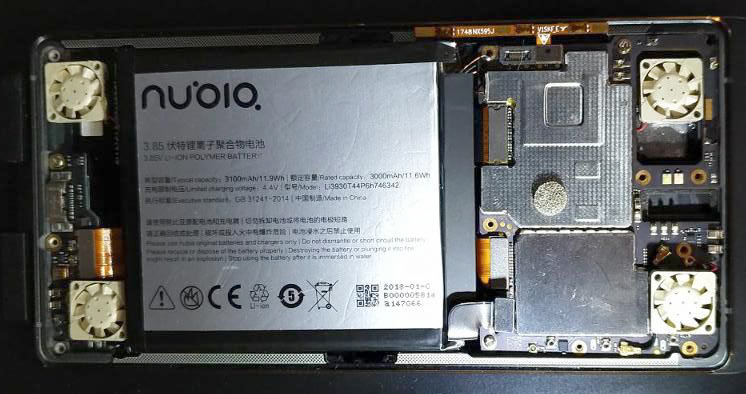 Screen specs are very important to smartphone users, especially gamer who might expect fast refresh (like Razer's 120Hz display) but we have no further info about this component other than it appears to be an approx 6-inch 18:9 display.

Focussing upon the eyebrow-raising cooling system in the Nubia gaming smartphone, Forbes has quite a few more details in a roundup article. It says that Nubia can fix overheating throttling issues in its gaming smartphone with its quad-fan 'turbulence system'. Furthermore it employs an "inner casing made of carbon nano material, coupled with a body heat dissipation that offer high thermal conductivity so the phone can dissipate heat quicker." Last, and probably least, the writer was told that the phone's "diamond-cut, aerodynamic design," also improves its cooling efficiency. At least it looks 'cool' in its LED lighting enhanced case. 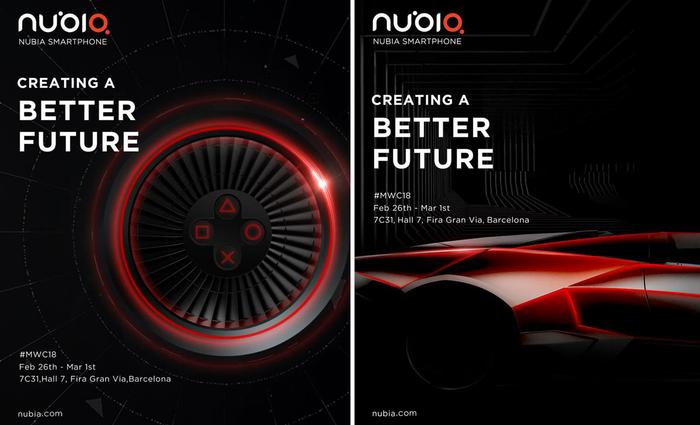 Gamer-centric phone choices therefore look set to expand when Nubia gets something to the market. Additionally, Xiaomi subsidiary Black Shark is said to be working on a new gaming smartphone, and later this year there will be the Razer Phone 2 to consider.

Posted by Ttaskmaster - Fri 02 Mar 2018 13:28
Hexus article needs to use better images from Android Headlines.
I was wondering what teh heck I was looking at, until I saw their own photos and realised it's actually three phones on a triangular pyramid display: 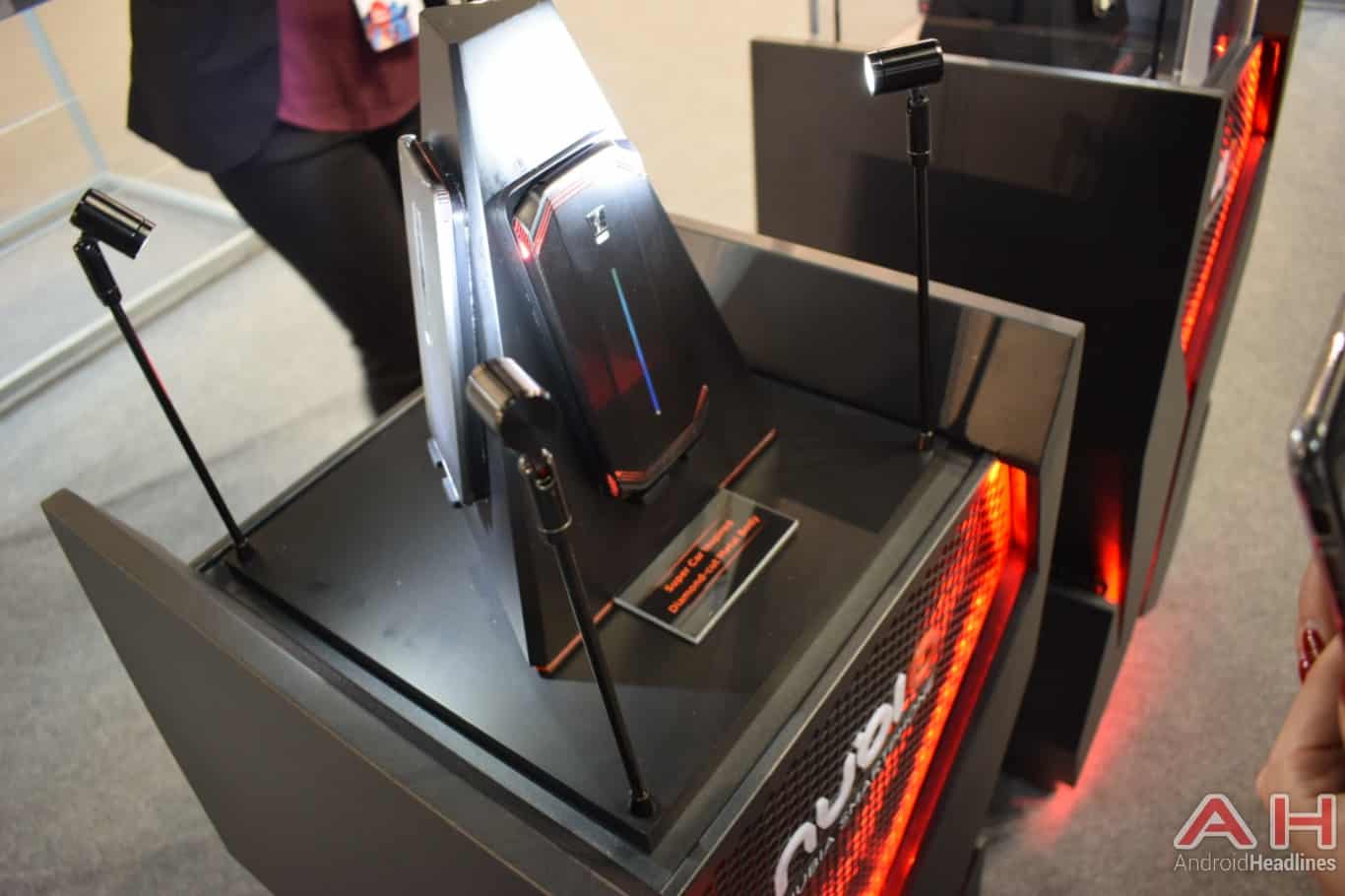 Posted by Glock24 - Fri 02 Mar 2018 13:44
I guess this is aimed to the RGB LED ridden crown.I'm curious about the fans thoug. Will they make a jet-like sound when playing a flight sim? How much time will pad until those tiny vents and fans get clogged with dust? And finally, do the fans actually help making the experience better or it's just a gimmick?
Posted by philehidiot - Fri 02 Mar 2018 14:10
Aerodynamic phone? I assume this is to enable you to “ragethrow” the phone as far as possible? This has the dual bonus of also executing a ragequit in the process (or towards the end of the process, just before the second bounce).

Battery will be critical in this phone. One of the advantages of throttling back due to heat is that it improves battery life and if you manage to run an SoC at higher speed for longer you will utterly destroy the battery life. I think this is well demonstrated by Anandtach in the iPhone 7 review but I can't be bothered checking.

You may find that in terms of playability there is no perceptible difference between short term high performance and throttled performance yet the battery life is radically reduced. Obviously this will depend on how well they balance performance and throttling out and if they get it wrong, it's not a tragedy as this is something that can be easily tweaked in OTA updates. Hell, if it's a really gamer / nerd centric phone then they may give you a degree of manual control over the governor.
Posted by Ttaskmaster - Fri 02 Mar 2018 14:13

Glock24
Will they make a jet-like sound when playing a flight sim? How much time will pad until those tiny vents and fans get clogged with dust? And finally, do the fans actually help making the experience better or it's just a gimmick?

Ttaskmaster
Probably, about a week, and I guess we'll have to try it and see…

After all the nagging we've done as consumers to get IP ratings on phones, now they're actively sucking in the rain drops.

Myself if I was into portable gaming to this extent, I'd want something like a PSP and then tether it to a mobile if I really needed an internet connection. When you do things like this you compromise in far too many areas.