Asus took the wraps off its highly anticipated ROG Phone 5 yesterday evening at a special launch event dubbed 'For those who dare'. You can head on over to that YouTube link for the full presentation, but below is a nice and snappy 3 minute 45s official highlights video to get you up to speed much more quickly.

From the headline you will already know that Asus launched a trio of ROG Phone 5 variants. However, they aren't very different from one another with the only specs varying being the RAM/storage quotas, the type of rear display, and the colour finishes in which they are going to be available. So, without further ado, let's get to a bullet point list of key specifications: 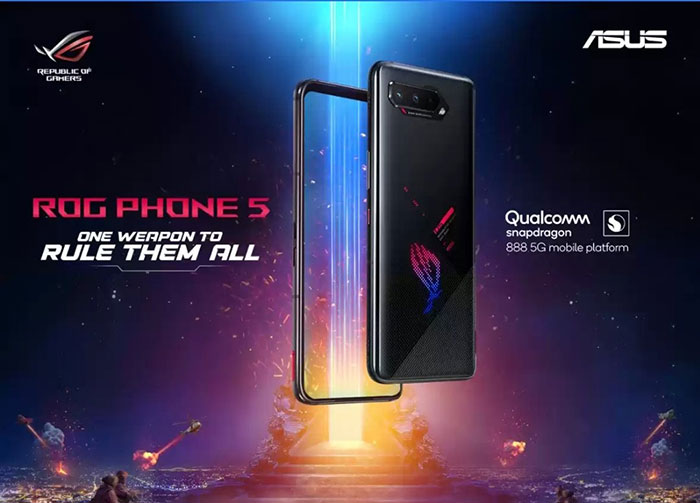 Those that have been following the development of Asus ROG Phone models will immediately see that the new ROG Phone 5 adopts a similar design language to its predecessors. One thing that is quickly noticeable is the more elongated appearance, but there are bigger changes around the back. The standard ROG Phone 5 comes with a dot matrix display that can show a gradient of two colours behind the ROG logo while the Pro model adds a small colour PMOLED 'ROG Vision' display, and the ROG Phone 5 Ultimate uses a mono version of this accompanying PMOLED display. 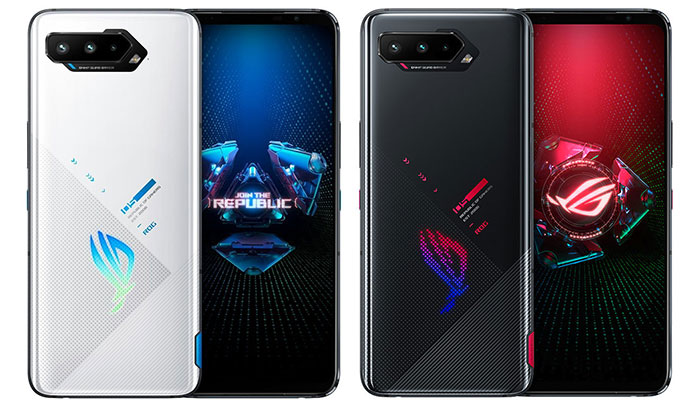 In addition to the fast processing, great visuals, and enhanced stereo sound, a particularly appealing aspect of the ROG Phone 5 series is the enhanced controls. The design retains the Air Trigger sensors as previous models, nine of them. While the Pro/Ultimate models add two more sensors to the rear of the phone. With the AeroActive Cooler, you get two additional physical buttons. 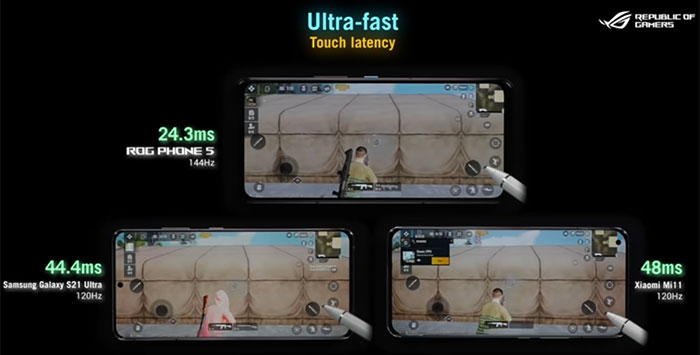 On the topic of the AeroActive Cooler, this accessory is bundled with the Pro/Ultimate phones and now includes its own headphone jack, an RGB strip and a kickstand. Meanwhile, the internal layout of the ROG Phone 5 means that the cooling fan is now directly above the SoC area. Asus also launched some accessories like the Professional Dock which adds two USB 3.0 Type-A ports, a USB Type-C port, an Ethernet port, and an HDMI port. 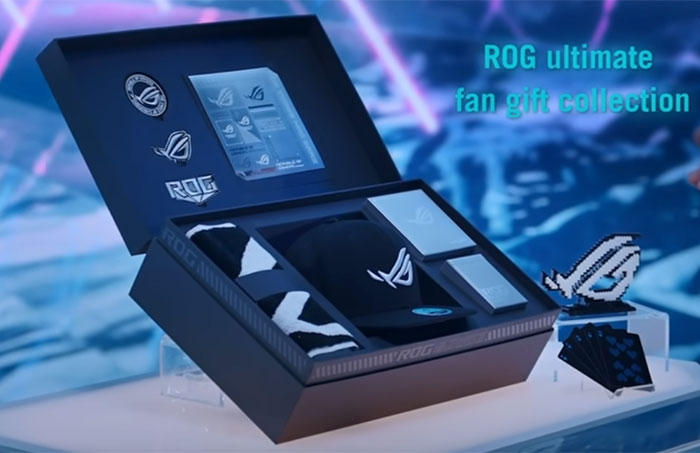 Depending upon your region the Asus ROG Phone 5 models will start to become available this month. In Europe, recommended pricing is as follows:

Posted by ShreddedWheat - Thu 11 Mar 2021 10:59
No thanks, price is too high, software support is too low, 18gb of ram seems pointless. It looks quite nice in white though.
Posted by kimgitz - Thu 11 Mar 2021 11:10
I never expect perfection, so this is amazing from ASUS. This should have been just two models though. Hoping expandable storage and better cameras will make a comeback like the headphone port, fantastic u-turn there!
Posted by Ttaskmaster - Thu 11 Mar 2021 12:56
I'm not normally a fan of ROG styling, but the Ultimate in white does actually look really good.

I'm pretty much sold on the customisable rear colour PMOLED screen, partly because I love gimmicky junk like that, but also because it's actually very useful this time.
My favourite phone ever was a Samsung SGH-Z500 which had a small external screen, and that was unbelievably useful!

Along similar lines, the themes could be great, if teh phone can sustain animated wallpapers and things.
Not sure I'd like the touch-sensor controls so much, as those things have never worked well for me.

Quite a bit I like about the phone, really… But as with many such things, it's pure pipe dream stuff and way above what I'd ever pay for such things. Knock a zero off the back end and I'd consider it.
Posted by virtuo - Thu 11 Mar 2021 14:51
I've never liked ROG branding, just sounds like some failed early 2000s social network.

Dual 3000mah batteries sounds interesting, is that a thing in phones now? I've not really been following them.
Posted by Gentle Viking - Thu 11 Mar 2021 16:47
Way past what i would pay for a electronic pocket turd.

Dual batteries are due to the SOC sit right in the middle for thermal reasons, so the battery had to be split in tow on either side of it.

Nice stuff and all, but not worth it for me, if it is for you,,,,, you should seek professional help :mrgreen: