The Google Pixel 4a is the highly anticipated successor to the Pixel 3a, a mainstream smartphone with premium imaging. It has until now been extensively leaked but it is always good to get official news / conformations about such devices. A few hours ago, Google more or less revealed that the latest Pixel smartphone will be unwrapped on 3rd August. Google set up a dummy 'lorem ipsum' page on the Google Play site, and broadcast the teaser on its various social media accounts.

The lorem ipsum site is rather interesting for a couple of reasons. Firstly it isn't normal Latin placeholder filler text, Google has seen fit to insert cod-Latin words and phrases such as "lowlightena capturum… blurtutate bokehus… longlastingis batterum," and more. Secondly there is a colour puzzle which will reveal the redacted test if you solve it (*puzzle solving method at end of article). 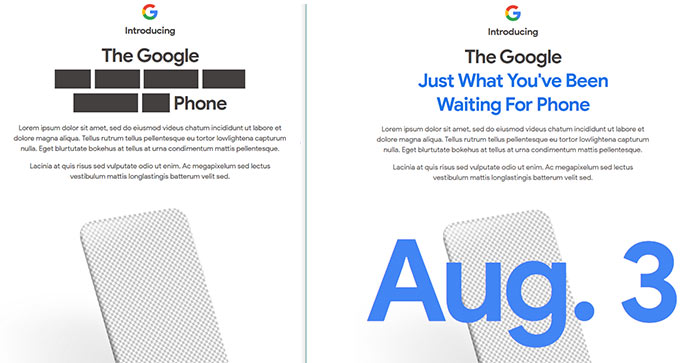 Above you can see the puzzle solved result page but I had to switch to Google Chrome to get it to work. The difference is that you can read the full phrase "Introducing The Google Just What You've Been Waiting For Phone," and the date of 3rd August is revealed. 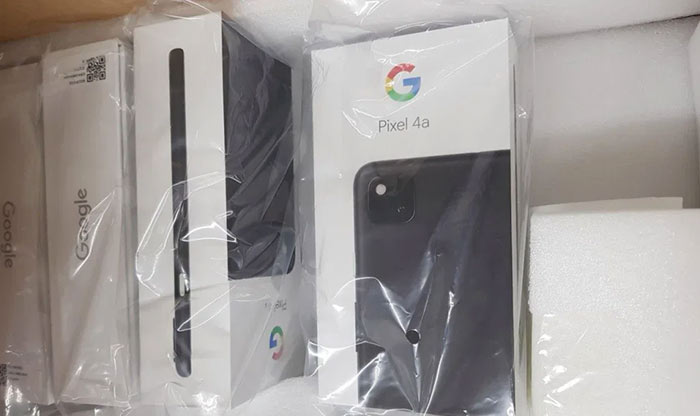 So, now we think we know the release date, what do the latest rumours say about the specs for the Google Pixel 4a? I've bullet pointed the main specs distilled from 9to5 Google below:

Evan Blass reckons the launch price of the Pixel 4a will be US$399, and has shared the image below. 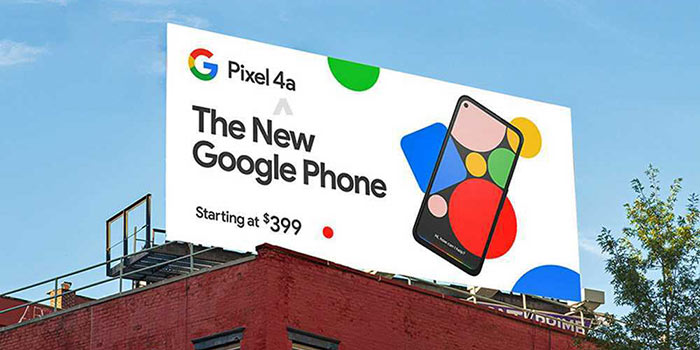 *Click the six redacted blocks until the colour are toggled to the same colours and in the same order as the Google logo (blue, red, yellow, blue, green, and red).

That said, Google's hardware is so god awful I don't think I'll be getting it. I liked the nexus line, when phones were built by phone manufacturers.