Asus has officially launched the ROG Phone 3. This year's gaming smartphone from Asus builds solidly on the specs of the ROG Phone 2, and is even compatible with many of the same accessories. There are improvements here in nearly all departments; processing, screen, RAM and storage - but Asus has seen fit to remove the 3.5mm headphone jack. 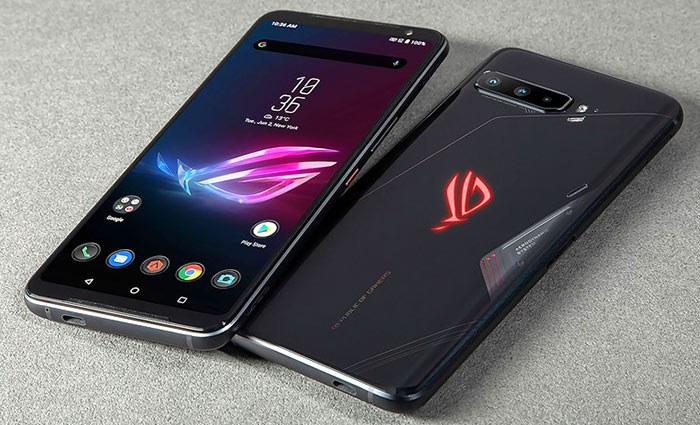 The same screen size has been carried over from the ROG Phone 2, so the new device keeps a 6.6-inch AMOLED screen with 21:9 aspect ratio, and the same form for existing accessory compatibility. However, where the ROG Phone 2 came with a 120Hz screen (beating its predecessor's 90Hz effort) the new ROG Phone 3 boosts this spec with a top refresh rate of 144Hz. 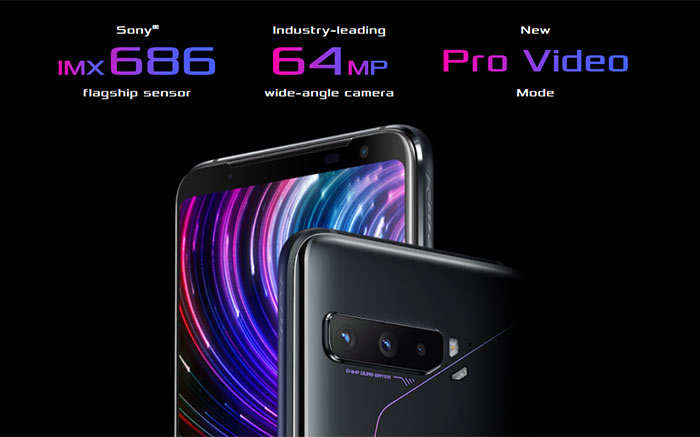 A very similar design aesthetic makes the ROG Phone 3 not much of a departure from its predecessor either featuring the same RGB back logo. It uses rounded edges for comfortably holding with etched lines for grip and diamond cut bezels. 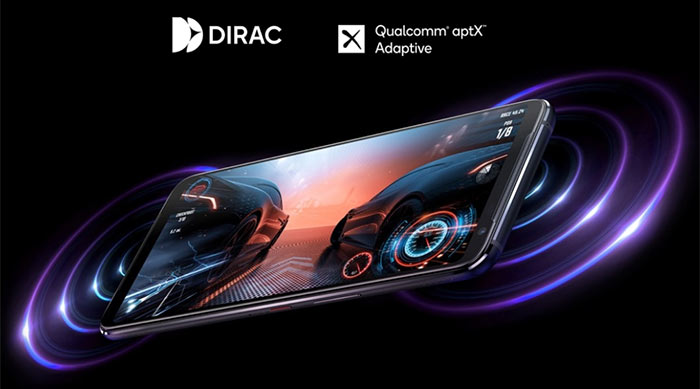 Bigger differences become apparent under the bonnet. Asus says it has used the best hardware specs available to make the ROG Phone 3 suitable for the most demanding users. Inside you will find the new Qualcomm Snapdragon 865 Plus 5G mobile platform, which runs at up to 3.1GHz (CPU), with an overclocked Adreno 650 GPU that can deliver up to 10 per cent better performance than its predecessor.

Asus sought to avoid system bottlenecks by fitting 12GB or 16GB of super-fast LPDDR5 RAM, claimed to be a fifth more power efficient and 50 per cent faster than LPDDR4. Moreover, the storage has been upgraded to a 512GB UFS 3.1 SSD for faster loading and multitasking. 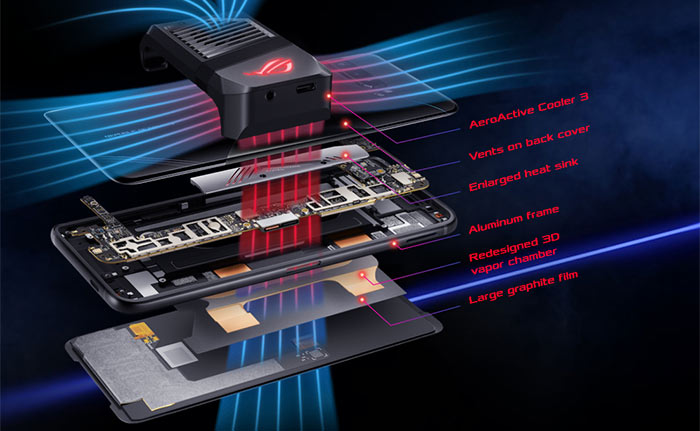 The new powerplants will generate more heat than ever when pushed for extended periods, so Asus says it has designed a new GameCool 3 cooling system. This new generation mobile cooler uses a heatsink that’s six times larger than the one found in the previous ROG Phone.

GameCool 3 features a layered sandwich design that stacks different cooling elements from a large graphite film directly underneath the screen, to the 3D vapour-chamber design and heatsink, and an integrated vent on the back cover. A clip-on cooler is available again in this generation; the redesigned AeroActive Cooler 3 actively cools the area hosting the SD865+ and 5G modem, meanwhile the fan can help cool your fingers… Other useful features of this active cooling bolt-on include a built-in kickstand, a USB passthrough port, and a standard 3.5mm audio jack. 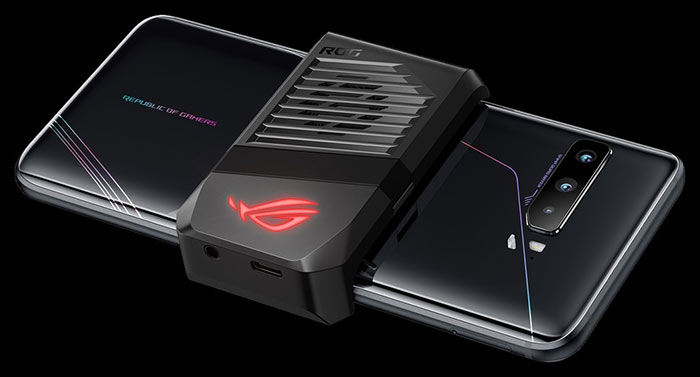 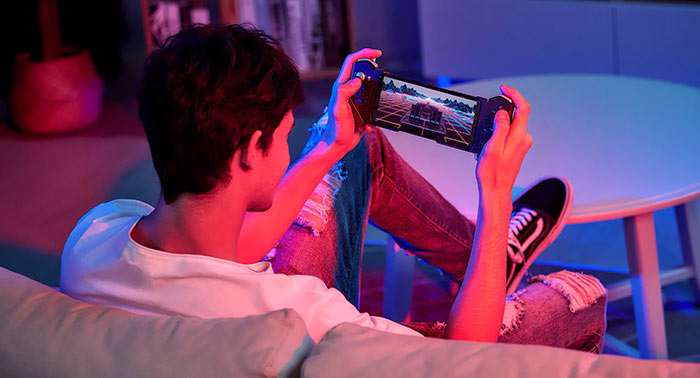 Asus is releasing a Strix edition of the ROG Phone 3 this time around. This is a more accessible version of the phone with some headline specs toned down, notably; a 'regular' SD865 SoC, 8GB of RAM, and 256GB of storage. This cut back edition is set to retail at approx €799, while the full fat version sill cost between €999 and €1,099 depending on your choice of RAM (12GB or 16GB). Asus ROG Phone 3 gaming smartphones should start to become available by the end of the month.

Aside the from lack of wireless charging this is close to the perfect phone for me.
Posted by ValkyrieTsukiko - Thu 23 Jul 2020 11:53

Spud1
So, so close Asus.

Aside the from lack of wireless charging this is close to the perfect phone for me.