The UK scientists collaborating between Cranfield University, the University of Liverpool and University of Salford said the prototype only generates around 2 milliwatts of power but they see the possibility to realistically tweak the device to get around 30 milliwatts without significant extra development time or cost.

The device, to give it its full title “the pizzicato knee-joint energy harvester”, contains 72 plectra which move four energy generating arms to create the electric current. The project was originally funded for use by the military, for soldiers on foot patrol. If the new device does fulfil the needs of the MoD then soldiers’ pack weight could be reduced significantly as batteries can make up a big proportion of that burden. 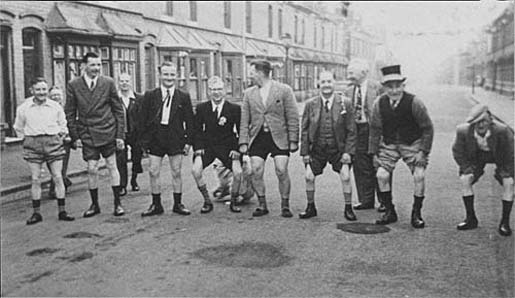 Knobbly knees have not been found to generate any more power than regular knees.

Lead researcher on the project, Dr Michele Pozzi, says “At the moment we are using precise but cost-effective manufacturing techniques for the plectra and casing and anticipate that remaining parts will be moulded industrially, slashing the cost. I'd put a cost tag of less than £10 for each harvester on a large scale production.”

One day we could see a similar “knee dynamo” device powering our consumer mobile gadgets. It’s good to see more and more alternative and complimentary sources to battery power that could make the dreaded low battery alert a thing of the past.