Hasselblad claims to have "once again has raised the bar for image quality," with its new H6D-400c MS medium format camera. The new camera offers multi-shot capabilitiy to reach its headlining claims. Such cameras are now a leading choice of institutions, organizations, and museums worldwide to record historic treasures in the highest image quality possible. Hasselblad's H6D-400c MS best images are composed of six shots producing an effective 400MP images, or you can dial down the quality to do a four-shot or single-shot image with 100MP.

It is explained that in multi-shot mode, with six images captured, the first four images are created by moving the sensor one pixel at a time, then a further two exposures are made moving the sensor half a pixel horizontally, then vertically. A piezo actuator unit controls the tiny precise sensor movements necessary. The resulting six shots are merged to give a single 400MP image, delivered as a 2.4GB 16-bit TIFF (23200 x 17400 pixels), "for those seeking the utmost in image quality and resolving power".

When you are taking these multi-shot images the camera must be tethered to a PC or Mac. Even without this information, you would have already likely surmised that this camera isn't meant to snap any fast moving scenes. However it does offer multi-shot (x4) and single shot modes which both result in 100MP imagery, if the six-shot mode is overkill for your particular subject matter.

Hasselblad's H6D-400c MS will become available to purchase from March, with an MSRP of €39,999 / $47,995 / £36,250 plus any local sales tax. Pre orders are already open. For those who might only need such a camera for a short spell, local Hasselblad representatives will be renting out H6D-400c MS cameras at €399/day, moving to as low as €199/day for 10 days or more, including shipping, insurance and other fees. 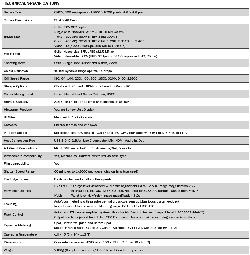