LG has announced that it has started to roll out is 4K Ultra HD OLED 48CX TV in key markets in Europe and Asia (North America and other target regions to follow). This is the first OLED panel of this size from LG, it will complement its range of 55, 65, 77 and 88-inch models, fitting in better in less specious accommodation. LG reckons this US$1,499 TV will also make an ideal second TV which doesn't skimp on image quality or as a "quality display for serious gaming". Being its most compact 4K OLED TV, the new LG 48CX promises a sharper picture, with pixel density comparable to a 96-inch 8K TV. 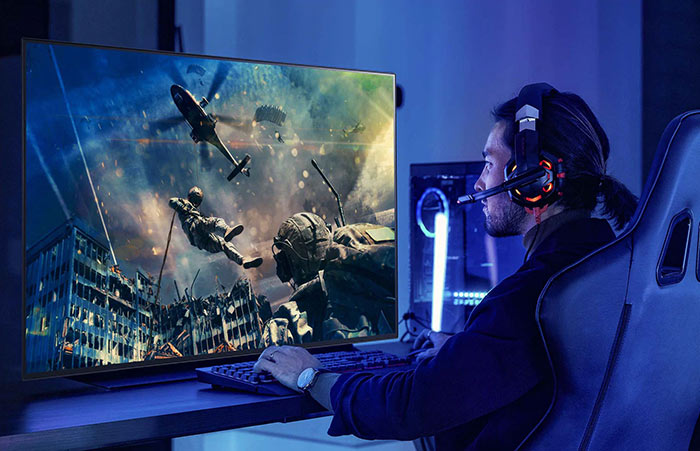 As per our headline, this 120Hz TV is G-Sync compatible, and it joins the first line of TVs in the industry to have this feature. LG asserts that the G-Sync feature means that "graphics are rendered perfectly, increasing players’ sense of immersion by adapting the TV’s refresh rate to the frame rate of the connected hardware". Using HDMI variable refresh rate (VRR) means that, with a software update, it ought to work with AMD graphics cards and games consoles that support the open standard. 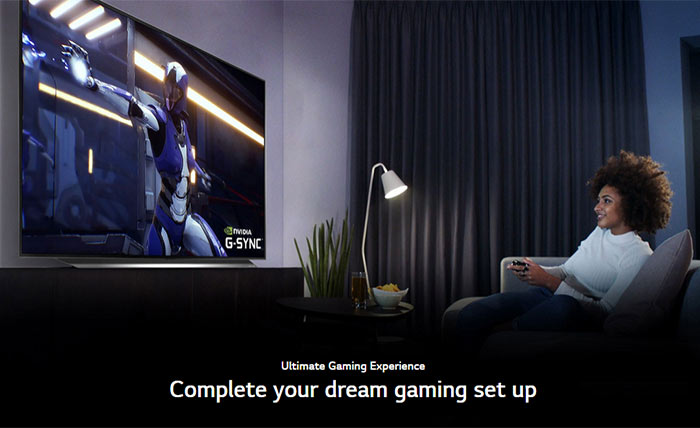 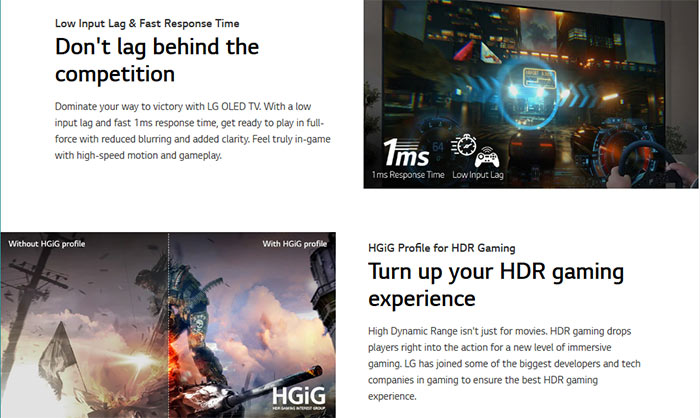 Other appealing features for gamers include low input lag, and the fast 1ms response time. These help the gameplay experience feel more immediate and immersive, with minimal screen blur in fast paced action titles. LG's OLED Motion Pro is technology is also implemented for smooth on-screen action in video and games. Another feature aimed at gamers is the HGiG Profile for HDR gaming. Away from gaming, movies and TV can be enjoyed with HDR visuals via Dolby Vision IQ and matching high definition sound via Dolby Atmos. 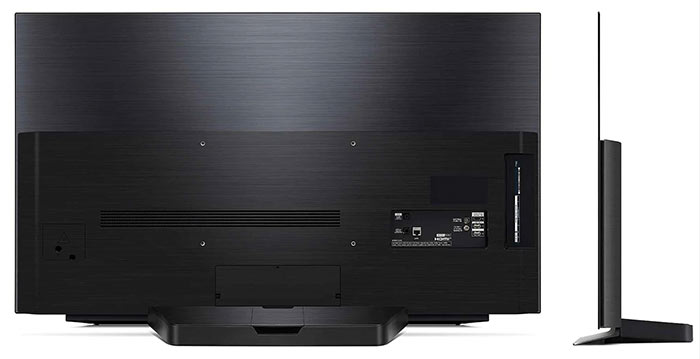 On the topic of audio, LG has implemented its deep learning-based AI Acoustic Tuning, which understands the acoustic environment and adjusts the sound for greater accuracy. LG has built-in a 2.2 channel speaker system which includes front firing speakers and a 20W woofer. Speaker flexibility is aided by the BT Surround ready feature, allowing two LG Bluetooth speakers to be connected simultaneously, up-mixing 2.0 channel sound to virtual 4.0 surround sound for more immersion in your favourite games.

As you might expect of a modern TV, the WebOS-based LG 48CX is bristling with smart features, AI assistant compatibility with voice support, and apps like Disney+, the Apple TV app, Netflix, and LG's own free access channels.

The LG 48CX will arrive in Europe and Asia in June, and in the US later the same month. MSRP in US dollars is $1,499.

Posted by Spud1 - Wed 27 May 2020 10:13
Hopefully the real benefits of this will come at the end of the year, if the new consoles support VRR tech.

Still limited use to most PC gamers as you don't want one of these on your desk, and keyboard/mouse on a sofa is still horribly frustrating, but if the next gen consoles support it….could be a bit of a gamechanger. Won't care so much about fluctuating framerates then ;)
Posted by Terbinator - Wed 27 May 2020 10:25

Spud1
Hopefully the real benefits of this will come at the end of the year, if the new consoles support VRR tech.

Still limited use to most PC gamers as you don't want one of these on your desk, and keyboard/mouse on a sofa is still horribly frustrating, but if the next gen consoles support it….could be a bit of a gamechanger. Won't care so much about fluctuating framerates then ;)

Both XSX and PS5 support VRR.

More annoyingly, LG's sets only support G-Sync with Turing cards.
Posted by BigBANGerZ - Wed 27 May 2020 10:34
yeah its really frustrating for PC users as 48“ is basically too large for desk use (even a big desk) and the upcoming Asus and Acer options (32” 4k 144hz) are supposedly in the region of £3.5k when they release!

Can someone somewhere please address this gap in the market instead of the endless slew of ultra wides and basically “anything but the one thing 4k PC gaming needs”.
Posted by blokeinkent - Wed 27 May 2020 10:37

damn I would give not one but both my testicles to have this as my main TV.

i'm looling forward to seeing Linus drop the box fumble with one.
Posted by ohmaheid - Wed 27 May 2020 10:41
The picture of the guy sitting 2ft away from a huge TV is wrong on so many levels.