Google looks set to deliver a major update to its Chromecast dongle range. An insider talking to 9to5 Google tipped off the site about a 2nd Gen Google Chromecast Ultra based on Android TV. It will become one of the first Android TV dongles available on the market and unlike its predecessor will be accompanied by a dedicated remote.

The big change from a dumb streamer to a fully fledged Android TV device means that the 2nd Gen Google Chromecast Ultra will be able to go beyond being a 'casting interface' for your TV and boast a UI which allows for the owner to find, install and run Android TV apps.

Adding the remote to the mix further eliminates the smartphone / tablet dependency of this hardware as the remote can be used to navigate and control media playback. Despite its minimal button count the remote will be a powerful and user friendly add on - as long as you don't mind using voice commands and the Google Assistant. The remote is expected to look a bit like a cross between the Daydream View remote and the Apple TV remote.

Moving onto the device itself, the 2nd Gen Google Chromecast Ultra continues to rock the soap-on-a-rope look but this time around the main disc shaped piece of HDMI connected hardware will have a softer and rounder finish. 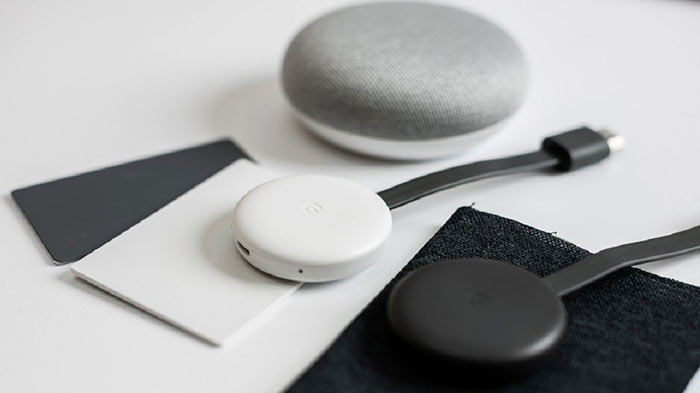 So many Smart TVs already have Android TV and a plethora of apps available it wouldn't be surprising to see this add-on streaming device market diminish. We don't have any details of pricing for the 2nd Gen Google Chromecast Ultra (the current model is £69). Most expect this Android TV dongle to be launched alongside the Pixel 4a. This would have been at the upcoming Google I/O on 12-14th May, if it hadn't been cancelled.