The Raspberry Pi Foundation has today launched a new add-on board for Raspberry Pi users. The Raspberry Pi TV HAT (Hardware Attached on Top) connects to the Pi's 40-pin GPIO header to facilitate DVB-T2 television broadcast reception. Add an antenna/antenna connection and you can receive and view television on your Raspberry Pi, or you can use your Pi as a server to stream television over a network to other devices. 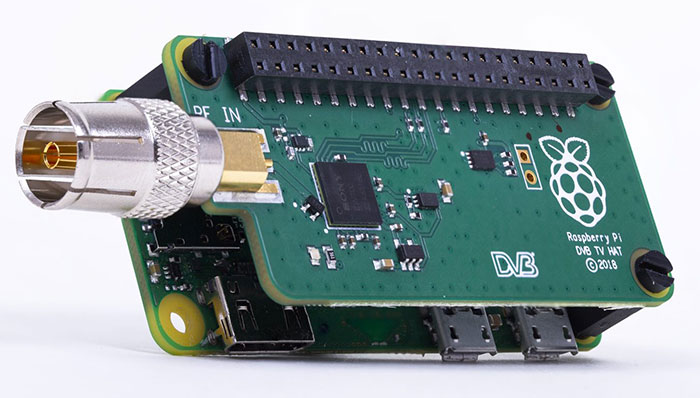 Streaming a DVB TV channel on your network will work with any 40-pin GPIO equipped Raspberry Pi boards acting as a server. After setup (PDF setup guide link) you can watch on your mobile, tablet or computer. However, to watch directly on the Pi, it is recommended that you have a Pi 2, 3, or 3B+, as you may need more processing power.

Considering the TV HAT hardware, it follows a new half-size HAT standard which matches the outline of the Raspberry Pi Zero boards. The Raspi blog says that it is attached via three screw holes, with spacer supports supplied alongside an aerial adaptor, as a fourth would have obstructed your display connector. 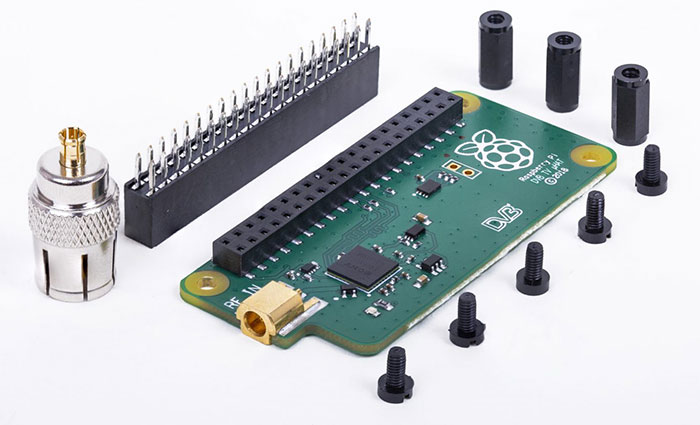 Raspbian Stretch (or later) is required for using the TV HAT. Media players supported include Kodi, OMX Player, and LibreELEC.

Though listed in dollars in the blog ($21.50), the TV Hat is only available in Europe for now, but the organisation is working to certificate it for compliance in other regions. I checked a UK reseller and it was available for shipping today for £20 + delivery. Remember, in some countries you need a license to receive broadcast TV.

A Zero + This would be a neat DIY TV tuner to enhance a computer monitor or similar.

sykobee
If you still care about broadcast TV.

That was it, I was thinking ‘oh this is really good, save having to have a tv near an aerial’ then I realised that we can just Chromecast everything from a phone or watch it on a computer. Still, it's very neat and would definitely have it's uses where bandwidth is limited or expensive for streaming!
Posted by DanceswithUnix - Thu 18 Oct 2018 20:17
I was wondering about dropping a new TV cable from the loft into the living room, but that is a faff. Now I'm wondering if I can use MythTV installed on a Pi to make a WiFi enabled TV aerial :D
Posted by Firejack - Thu 18 Oct 2018 21:06
Oh interesting! Especially with TVheadend support.
Posted by daddacool - Wed 24 Oct 2018 08:42
Picked one of these up along with a Pi Zero W - can anyone recommend a case that will house it all?!